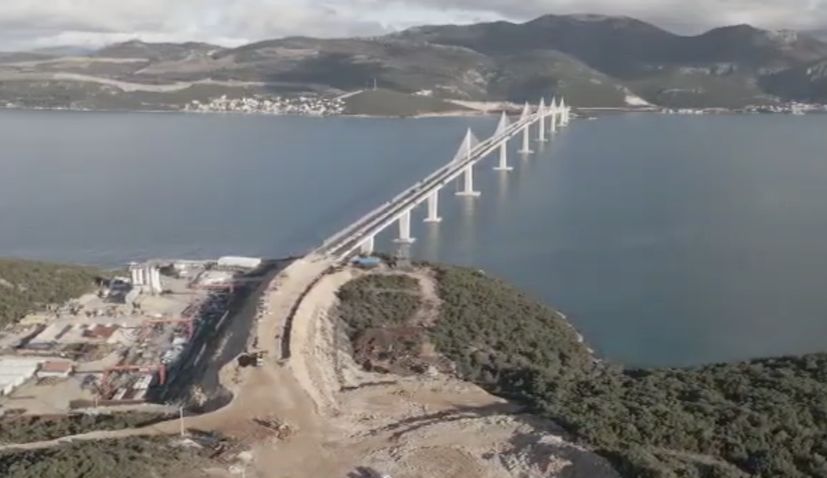 Works on the most important infrastructure project in Croatia are nearing completion. All works should be completed on Pelješac Bridge by the end of the month, followed by a technical inspection and the issuance of a use permit.

In November, asphalt casting work was completed on both pavements of the bridge and a wearing layer of asphalt will be laid this month. Preparations for the technical inspection of the Pelješac Bridge have begun, documentation is being prepared, and one part of it – such as the project documentation and the detailed design – is already being sent for inspections.

The specificity of the Pelješac Bridge project is the concrete that was installed, which has a strength that has not been realised in any project of this type in Croatia, and is designed to ensure the durability of steel load-bearing structure for 105 years.

Pelješac Bridge is set to to traffic just before the start of the summer tourist season, sometime in June 2022.

Check out the latest video below released by Croatian Roads.