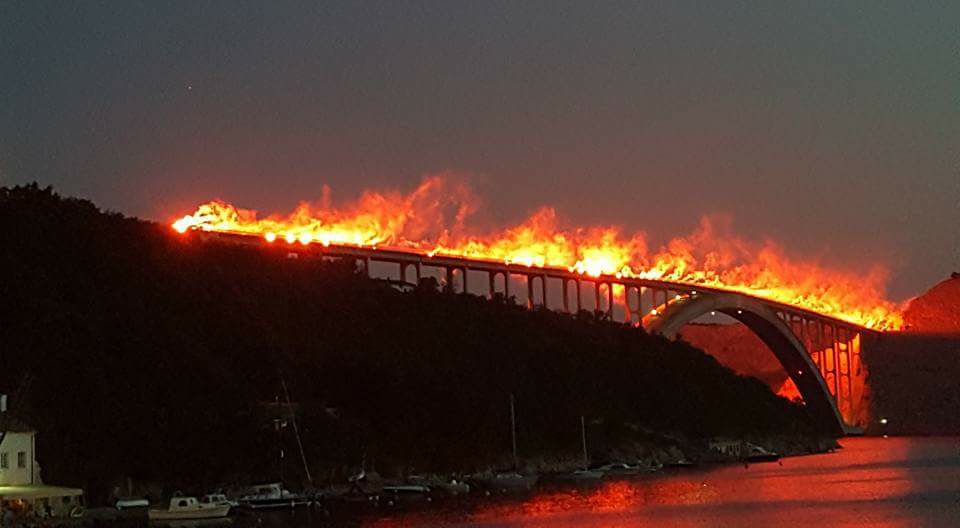 Armada has celebrated their 30th birthday and marked the 22nd anniversary of Victory & Homeland Thanksgiving Day, and War Veteran’s Day by lighting flares up along Krk Bridge.

Krk Bridge is a 1430 m long arch bridge connecting the Croatian island of Krk to the mainland and on Saturday night it looked as if it was on fire as Armada put on a show. Each of the 222 flares lit represented a soldier from the Primorje-Gorski Kotar region who lost their lives during the war.

The flare show, which took two months to prepare, could be seen kilometers away as traffic was stopped for five minutes as the 222 flares were lit. 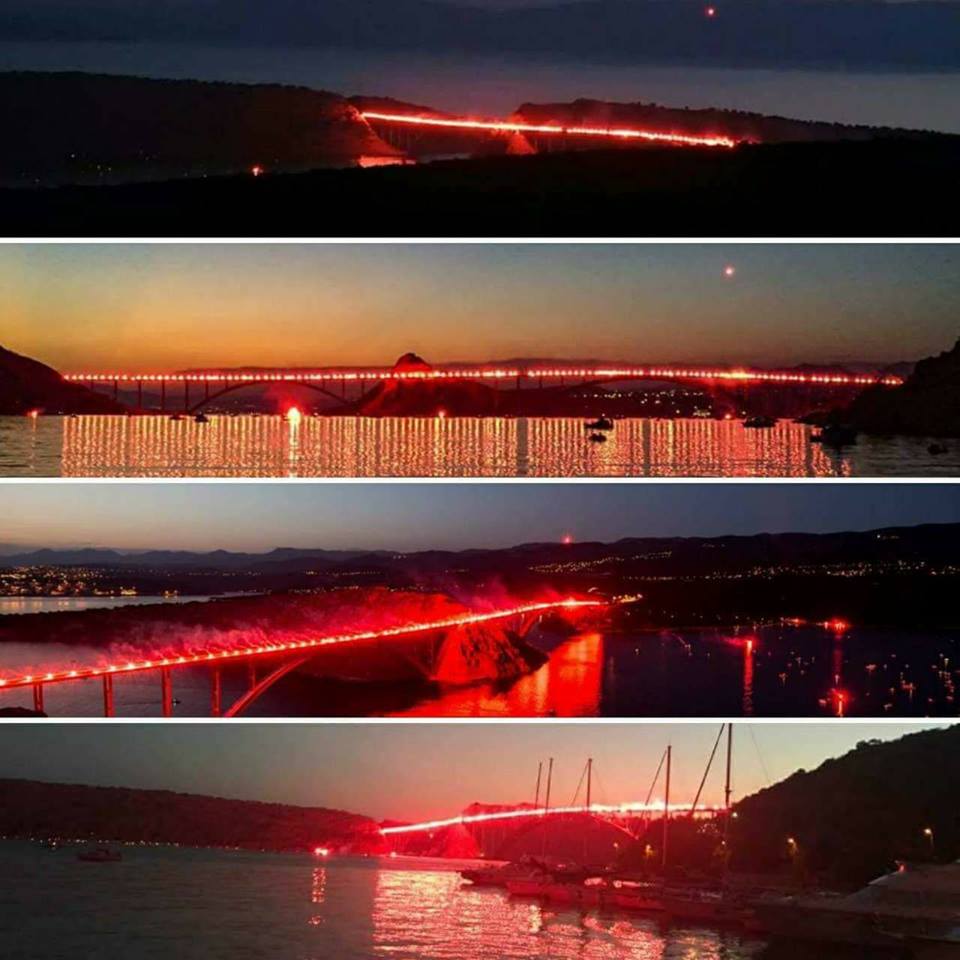 On Saturday Croatia commemorated the military victory on 5 August 1995, known as Operation Storm, when the Croatian army took over a self-proclaimed Serb entity in Croatia.