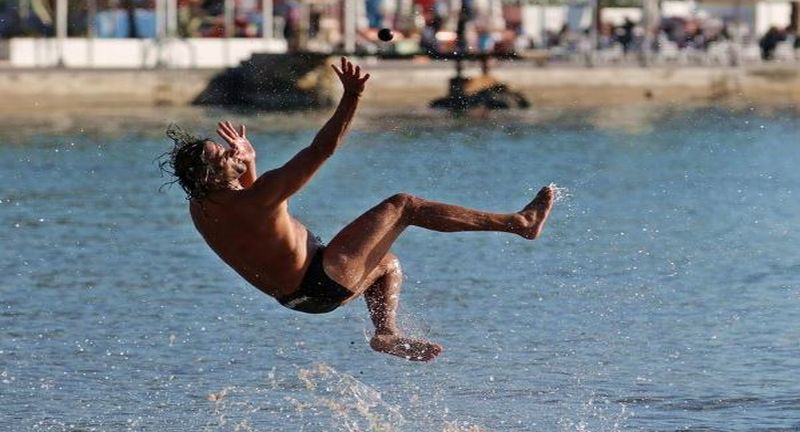 If you are new to the beaches in Croatia you might be wondering what are people doing acrobatically jumping about in the shallow keeping a small ball up?

What they are doing is playing the indigenous Croatian beach game of Picigin.

Picigin, which was invented in the shallow waters of Bačvice beach in Split and involves players keeping a small ball from touching the water, was first played nearly 110 years ago in 1908 by a group of Croatian students who were struggling to play the game of water polo in the shallow water.

The game managed to gain popularity over the last century in Split, spreading then to others parts of the Croatian coast. 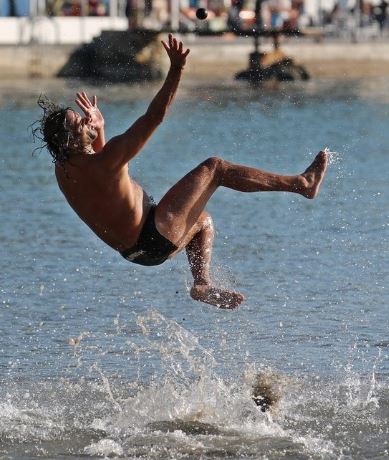 Picigin is now played extensively along the Croatian coast and the Picigin World Championship is held every year in Split at Bačvice beach.

The game was even inscribed on to the list of intangible cultural heritage of Croatia by the Croatian Ministry of Culture for a 3-year period.

The game can be played with 2 or more players with the objective to keep the small ball, often a peeled tennis ball, from touching the water with the palm of the hand for as long as possible. 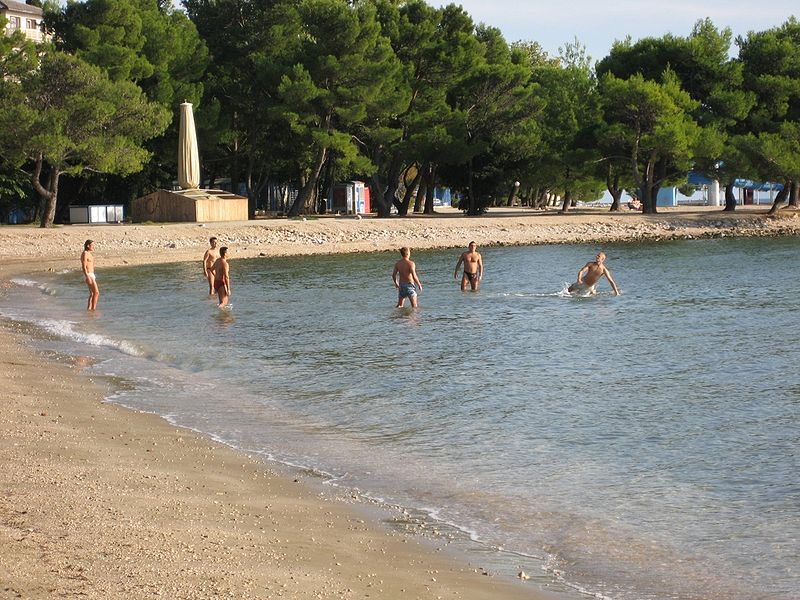 The game has no winners or losers and is viewed as a game where people can have fun and try to impress with the most acrobatic dives to keep the ball up. The World Championships are judged however on flair and acrobatics. The word Picigin even comes from a slang word meaning fun – ‘Picigare’. 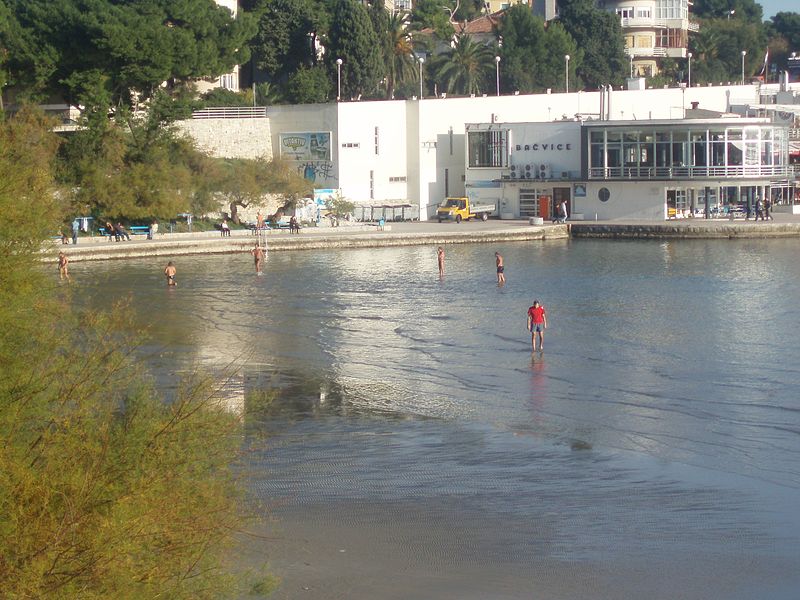 The game’s spiritual home is still considered to be Bačvice beach in Split, with proper attire from players a pair of tight speedos.

Check out more about Picigin in the video report below.