Home » Sport » VIDEO: How the Croatian Fans Celebrated in the Heart of London Srce vatreno in the heart of London.

Last night the whole of England was cheering “football is coming home” apart from one place in the heart of Chelsea in West London.

Restaurant & Bar – Goat on Fulham Rd has become second home for Croatian supporters since Euro 2016 when they gathered there for the watch parties.

Around 150-200 Croatian supporters have been gathering there to watch magnificent performance by Zlatko Dalic’s Croatian football team in Russia and we were told that their cheering has been heard all the way to Stanford Bridge, the home of Chelsea FC. 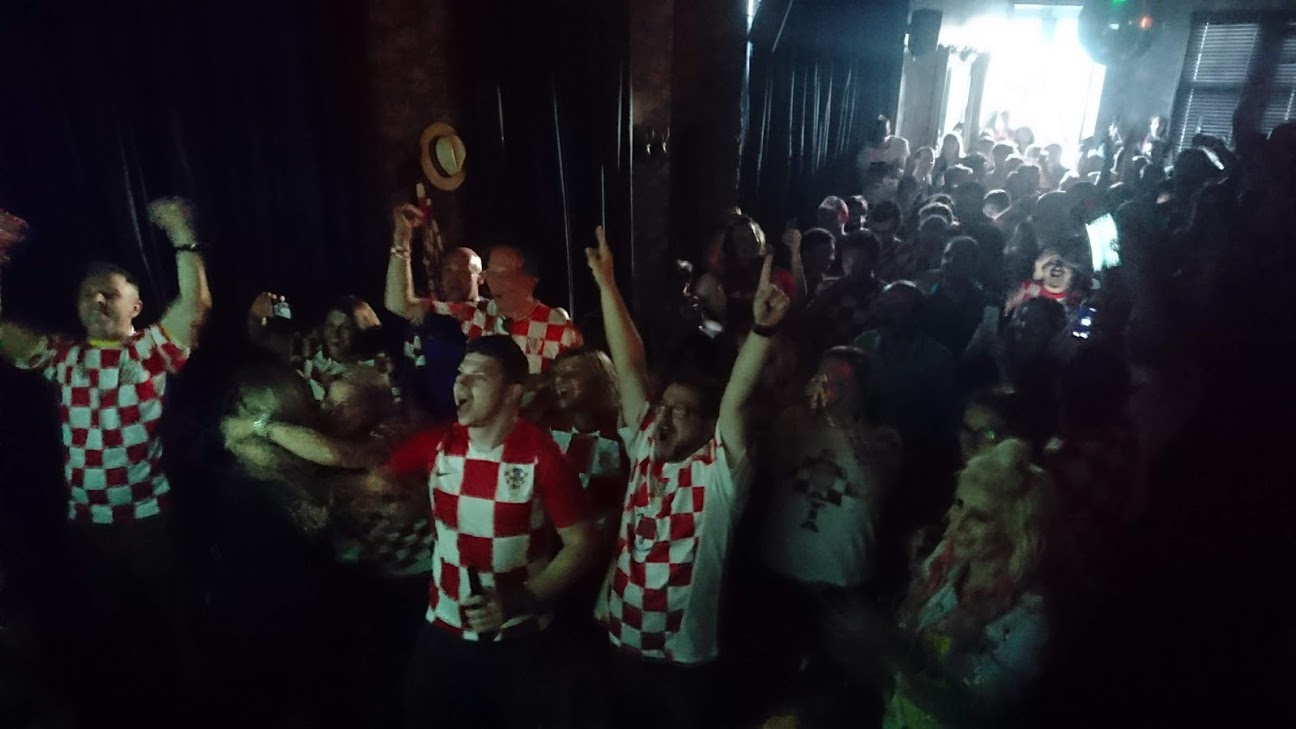 With celebrations continuing till late into the night, a melody of singing “Moja domovina” and “Srce Vatreno” after all the victories is not just known by Goat’s staff and management, but by the whole neighbourhood.

Owner of the Goat bar and restaurant Steve Manktelow was often asked why Goat became home for Croatian supporters, his answer is “is int it obvious-They have a goat on their the coat of arms shield” He says it as a joke of course.

It was an “England free zone” and here are some videos and photos of the atmosphere last night after Croatia beat England 2-1 to advance to the World Cup final.