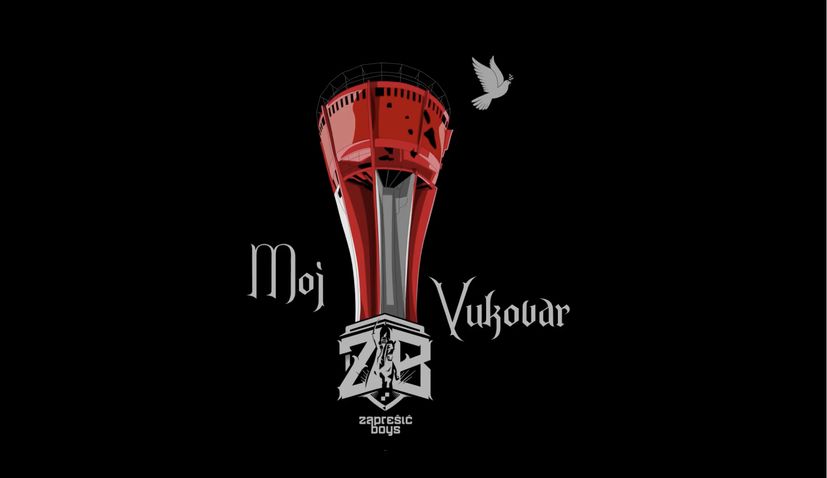 Croatian group Zaprešić Boys, who are renowned for their hit Croatian football fan songs over the years, have today released their latest music video dedicated to the city of Vukovar.

The song ‘Moj Vukovar’ is released just five days before Vukovar Remembrance Day when Croatia as a nation remembers victims from the 1990s Homeland War from the city of Vukovar.

“A song dedicated to the city of Vukovar is not an idea that came to us suddenly. The desire to pay homage has been smoldering in us since the very beginning of the group. However, there has always been that respect, fear and a certain brake that the song will not turn out good enough, that is, the kind we think the city of Vukovar deserves. We recently had the honour of performing at the grand opening of the renovated Vukovar Water Tower and felt that ‘this is it now’,” said the Zaprešić Boys, who sung the huge hit from the 2018 World Cup ‘Igraj moja Hrvatska’.

During the 87-day siege of Vukovar by the Yugoslav People’s Army (JNA) between August and November 1991, 1,624 people were killed, including 12 children, 1,219 were wounded, and more than 350 Croatian soldiers unaccounted for. More than 22,000 Croats and other non-Serbs were also expelled from the city.

The lyrics of the song are written by Marko Novosel, the music by Ante Pecotić, and the production and arrangement are by Bojan Šalamon – Shalla. The video, directed by Nevi Smajić and Mario Borščak, was shot at locations throughout Vukovar. The guys from the band note that they wanted to emphasise the natural beauty of the city, but at the same time pay tribute to the symbols of suffering that are an indispensable part of the past.

Check out Moj Vukovar below: