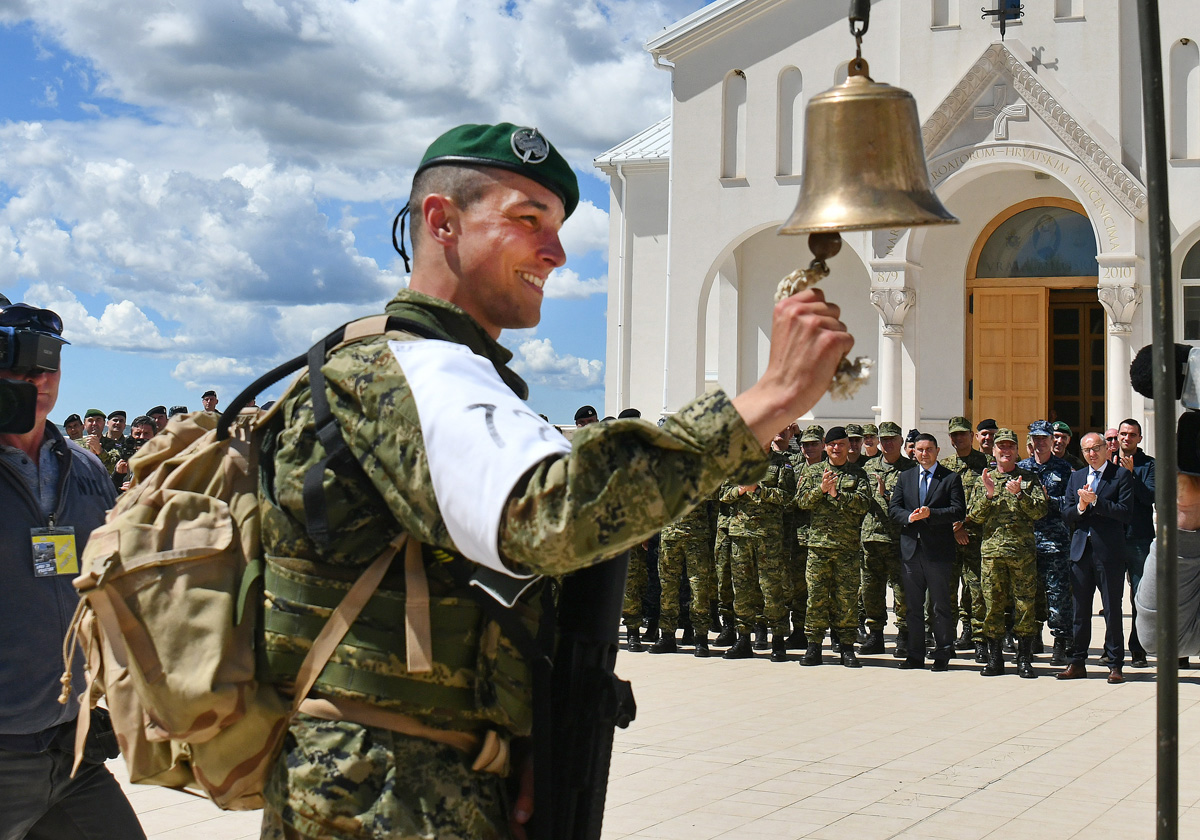 ZAGREB, 16 May 2019 (MORH) – Corporal Nikola Knežević of the Special Forces Command is the winner of the competition “The Fittest Soldier of the Croatian Armed Forces – Memorial Maj. Davor Jović – First for Croatia 2019” in the largest category of competitors of the Croatian Armed Forces and of the Ministry of the Interior of the Republic of Croatia.

The first runner-up was 1st Lieutenant Ivan Gerenčir of the Guards Armored Mechanised Brigade of the Croatian Army and the second runner-up was Corporal Marino Protrka of the Special Forces Command.

Deputy Prime Minister and Defence Minister Damir Krstičević presented the winner and other successful competitors with the cup and other awards at a ceremony attended by the local residents and the representatives of the Ministry of Defence and of the Croatian Armed Forces, of the Ministry of the Interior, of foreing armed forces, of the local government and of the associations from the Homeland War. 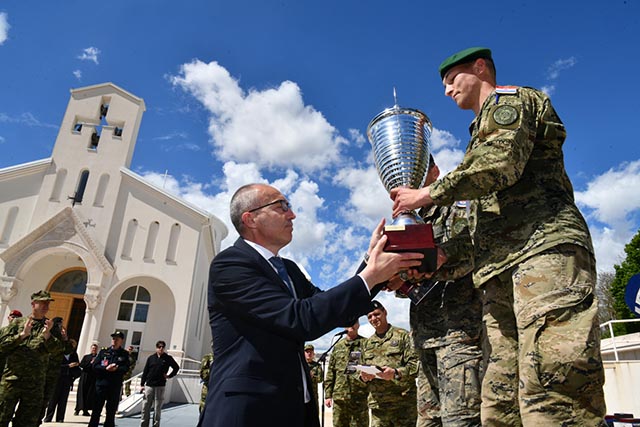 “Nikola, I am presenting you with the cup as the fittest member of the Croatian Armed Forces, demonstrating the readiness, ability, devotion and determination of Croatian soldiers”, said the Minister congratulating the winner.

The Minister congratulated all other competitors too, for displaying the motor skills and psychological stamina expected from soldiers. He also reminded of the hero of the Homeland War, the late Major Davor Jović – the officer the competition was named after, whose sportlike lifestyle should serve as a model for today’s generations of soldiers too. 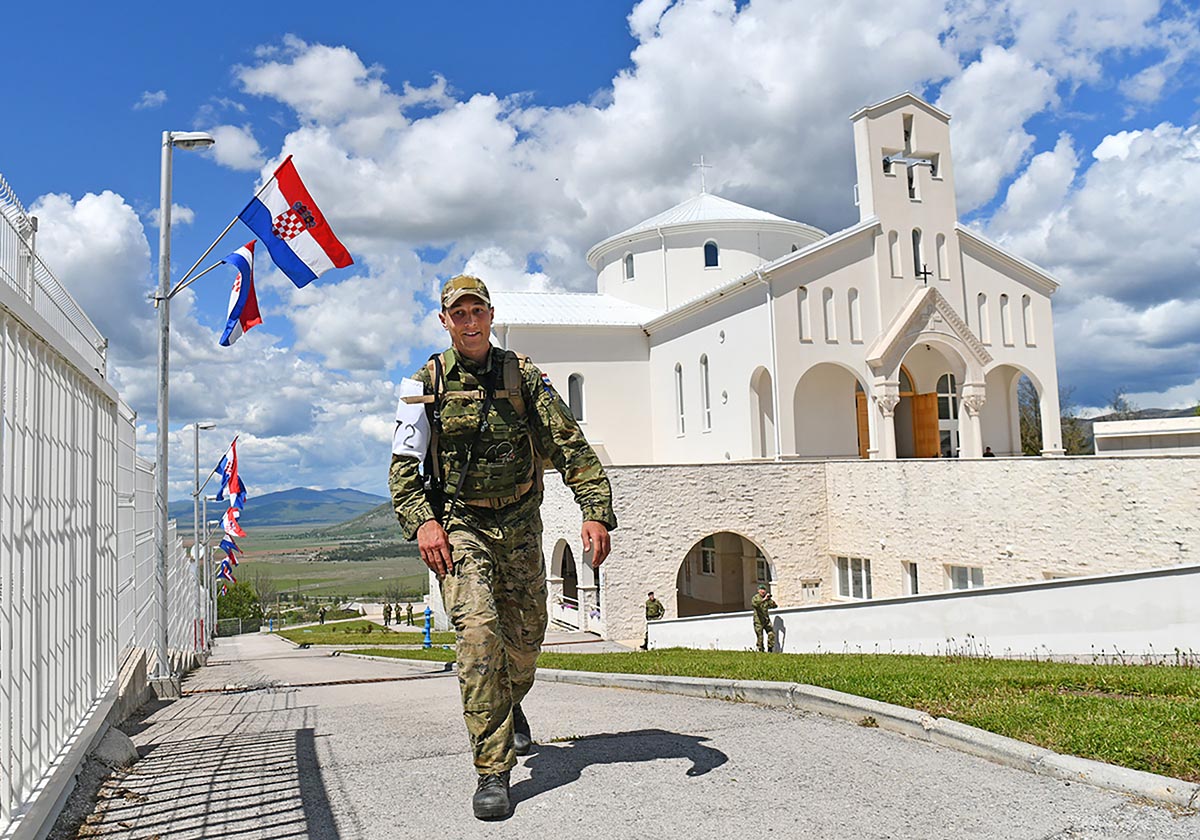 “I am proud of all members of the Croatian Armed Forces taking part in the Memorial Major Davor Jović. The Croatian soldiers display their strength and abilities”, said General Šundov. 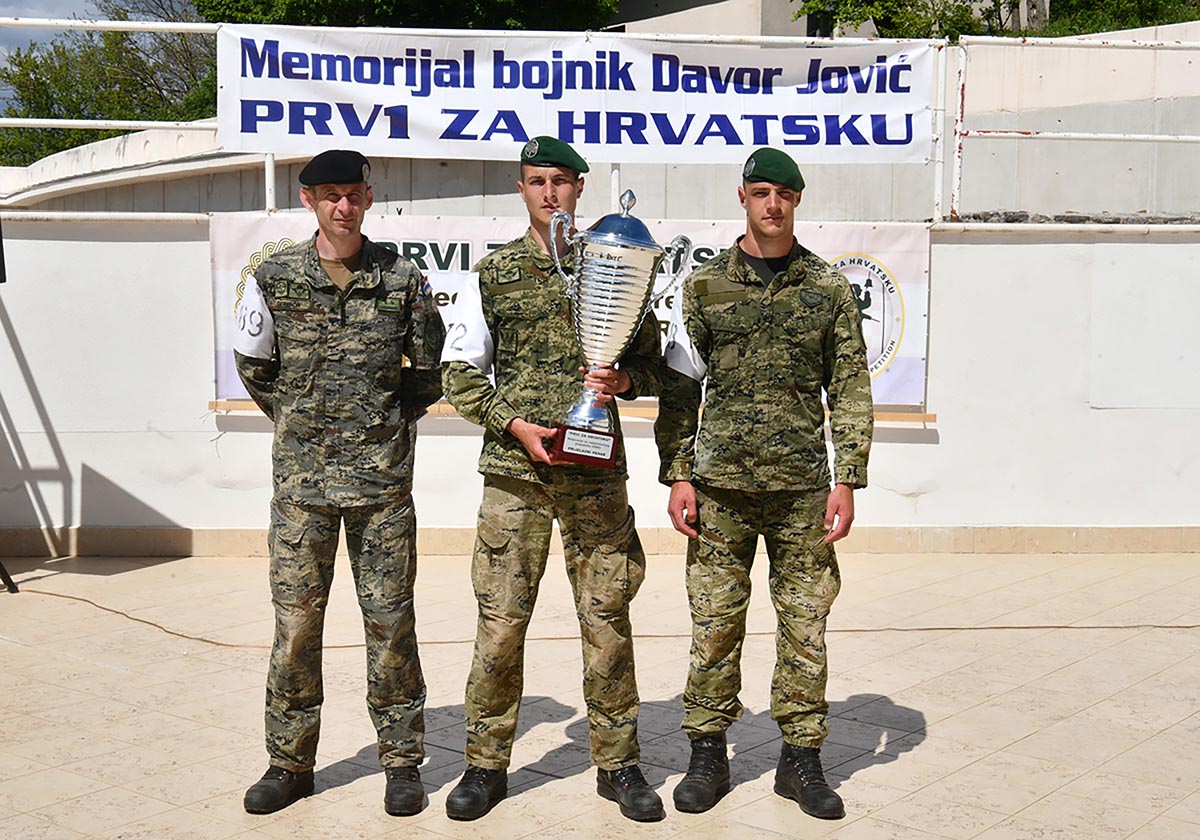 The winner of the 2019 Memorial, Corporal Nikola Knežević stressed that it was the major success of his career. “The final course – the way of the cross below the Church – was the We were preparing for the competition in the unit which had an important rtole in my victory; wee were all equal, some were luckier than others, and I arrived the first”, said Corporal Knežević. 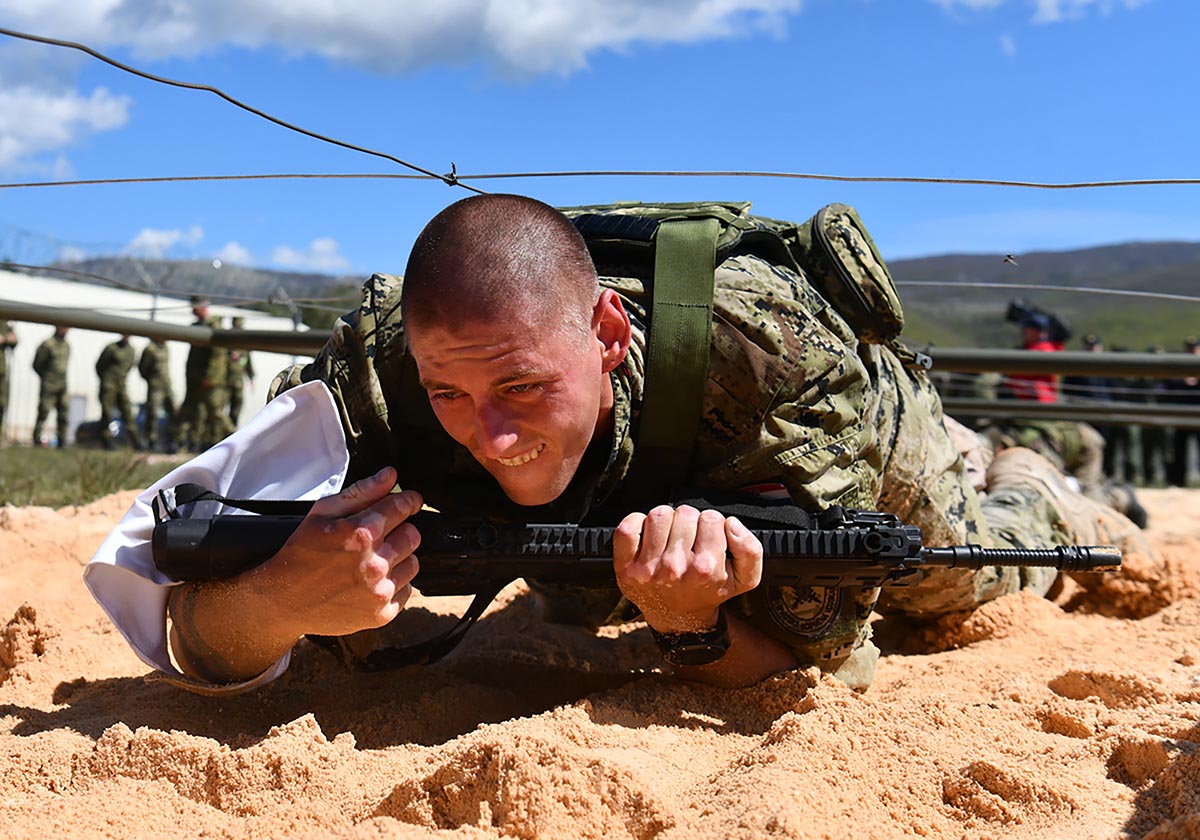 The winner in the foreign competitors category was Staff Sergeant Mera Dorel Silviu from Romania, the first runner-up was Corporal Loridon Selimi from Kosovo and the second runner-up was Major William Hennesy of the Allied Command Transformation.

On this occasion the Sergeant Major Davor Petek, until recently the Allied Command Operations Command Senior Enlisted Leader, was presented with the medal of honour from the Chief of the General Staff of the Romanian Armed Forces General Nicolae Ionel Ciucă for his contribution to the development of the Romanian Armed Forces NCO Chain of Command during his office as CSEL. 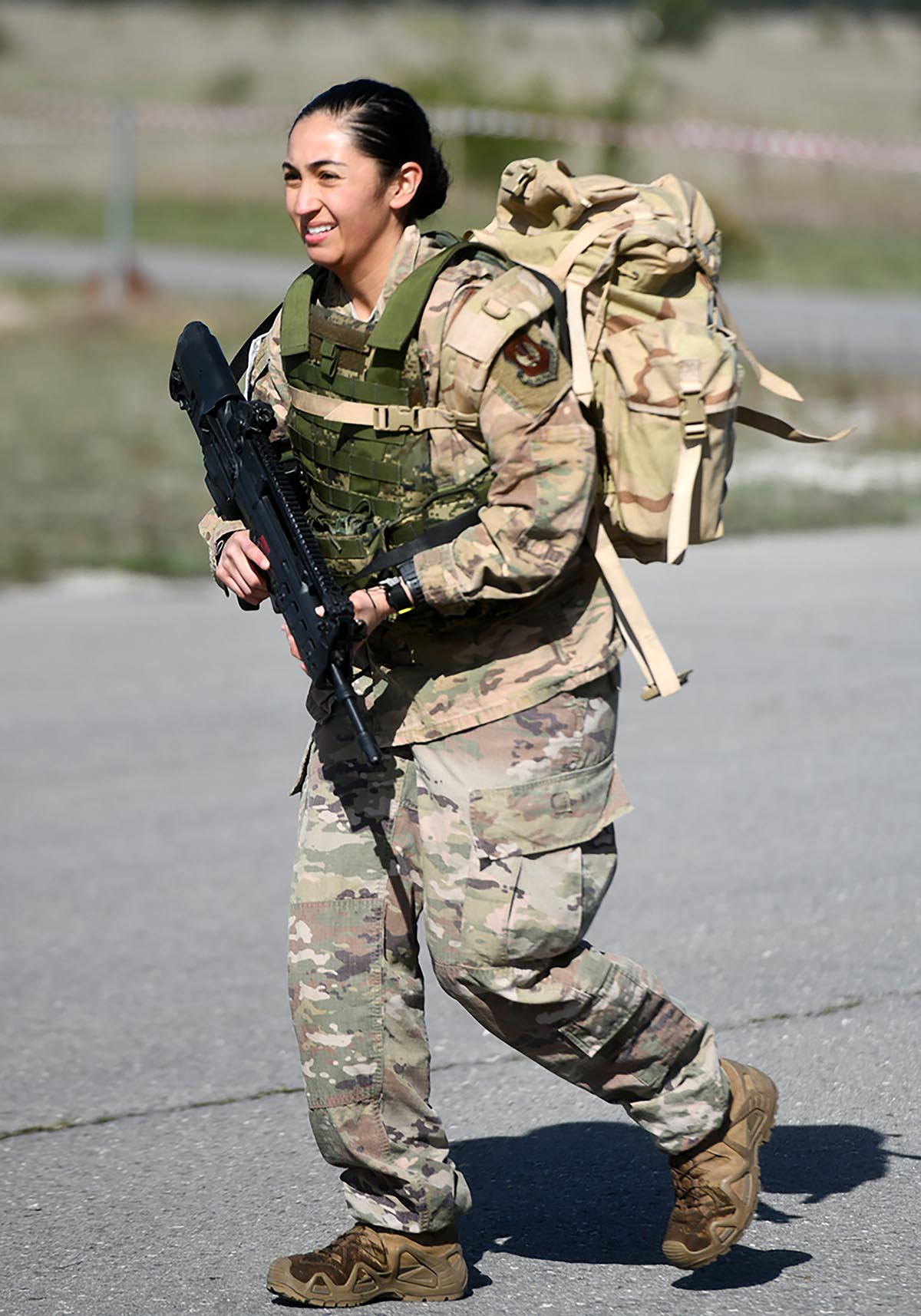 This year’s competition was organised by the Training and Doctrine Command “Fran Krsto Frankopan” of the Croatian Army. The 146 competitors in three categories were requested to cover the 40-km path n the barracks “Josip Jjović” and in the nearby Krbavsko polje. 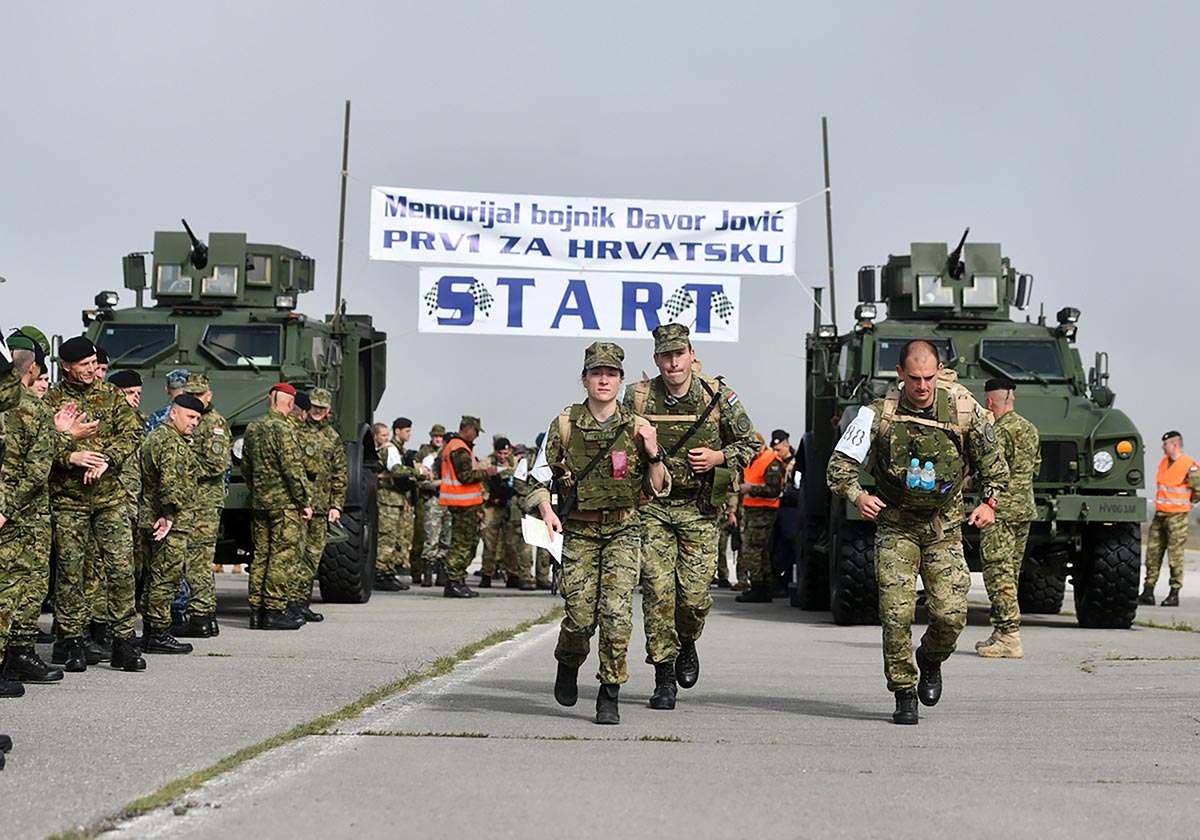 The morning starting order was set by the previous evening’s qualifier The competitors were had to reach the Church of the Croatian Martyrs in Udbina within the shortest time possible carrying 17-kg weapons and equipment and completing 12 military tasks at 12 workposts.