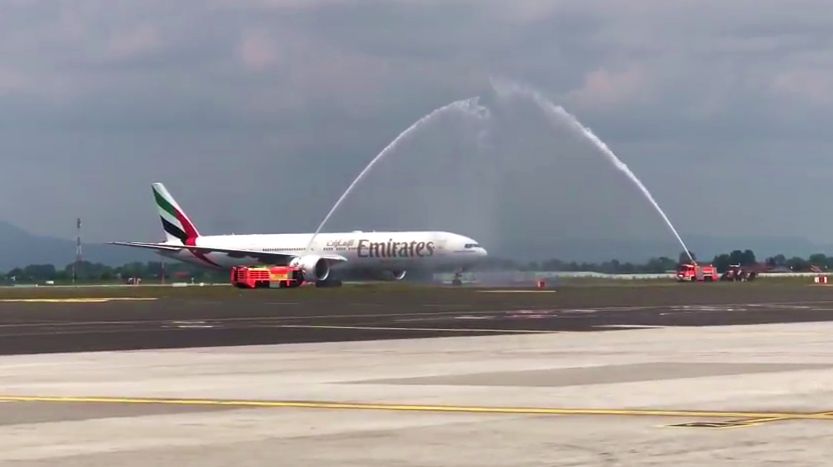 The world’s largest international airline, Emirates, has landed its first flight in the Croatian capital on Thursday.

The first Emirates’ flight landed just after 12:00 pm today to a water cannon salute and traditional Croatian folk dancers as the airline launched its brand new daily service between Dubai and Zagreb. 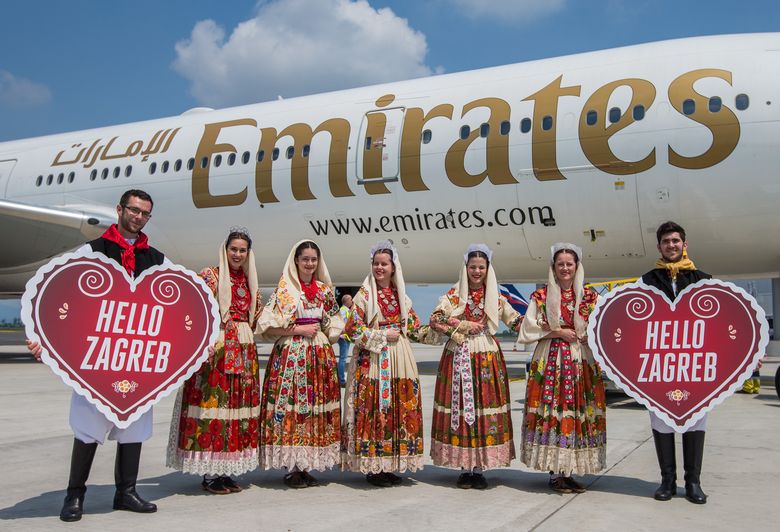 One of the main aims of the new route is to target connecting passengers to and from Australia and Asia to Croatia.

“Today is an important milestone for Emirates as we launch full operations into the market and reinforce our commitment to growing trade and tourism flows between Dubai and Croatia. Since establishing our commercial presence in the market in 2003, we have worked with our trade and tourism partners to make this day happen. We thank those partners and especially the Ministry of Tourism and Franjo Tuđman Airport for their support in preparing for introduction of our daily flight and the event today,” said Thierry Antinori, Emirates’ executive vice president and chief commercial officer.