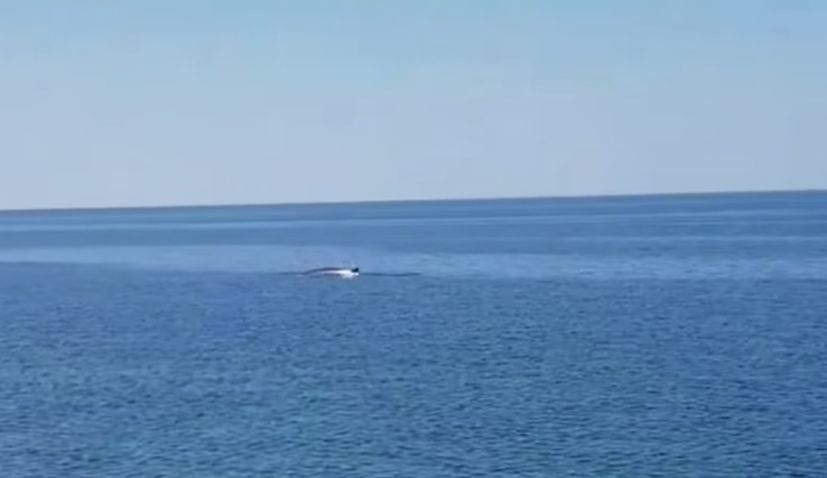 28 June 2020 – A spectacular sight this morning when a fin whale was spotted not far off the shore on Croatia’s Dalmatian coast.

Also known as finback whale, they are the second-largest species on Earth after the blue whale and these past few months a number have been spotted along the Croatian coast.

The most recent sighting was around 9 a.m. this morning when the fin whale was spotted in Dingač, Podobuče on the Pelješac peninsula.

It then appeared only 400 metres from the shore nearby in Pratenica Bay, Dalmacija Danas reported.

“At around 10:10 a.m. it appeared near Pratenica and then turned around and headed east. It was magnificent. We watched him from the shore and at times he approached strangely. He is probably straying and looking for a way out to sea. Although there are tourists on Pelješac, I do not believe that this scene will scare them,” a reader told Dalmacija Danas, adding that it was the first time in his life he had seen a whale off the Pelješac peninsula.

“We asked an expert if it was possible to identify the type of whale in question from the video. He tells us it’s a whale. It is the same species that could be seen from Vis to Rogoznica during the spring. Two years ago one was found at Lošinj,” Dalmacija Danas said.

The fin whale is on average about 20 meters long, but one fin has been measured as long as 27 meters. The weight of one such giant is estimated at about 70 tons.

Fin whales fins live in all the world’s oceans. They spend summers in polar or moderately cold waters, and in winter they come to moderately warm and tropical seas.

Video of the sighting this morning courtesy of Dalmacija Danas below: