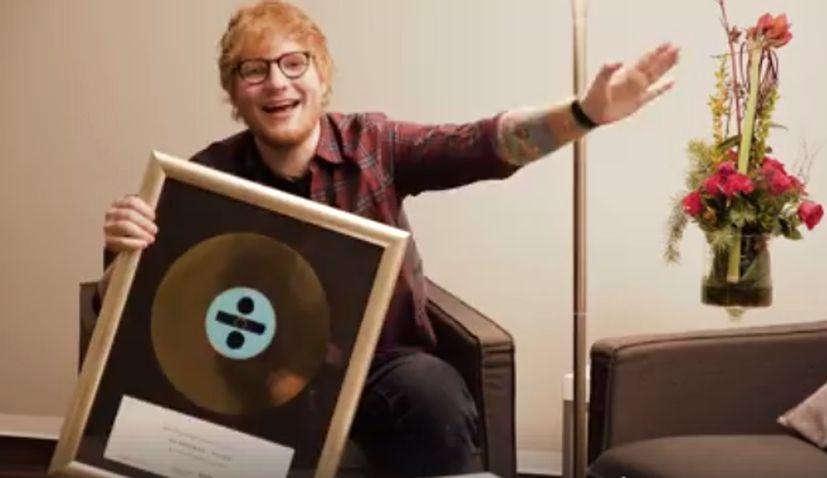 Ed Sheeran with his award from Croatia (Screenshot/HDU)

Popular English singer-songwriter Ed Sheeran has thanked the Croatian Discography Association for their award by throwing in a couple of Croatian words.

The record-breaking musician, who became the first artist to have two songs debut in the US top 10 in the same week, says that he can not wait to visit Croatia after he was presented the plaque for his album ÷ (read as ‘Divide’) which was the most sold foreign album of the year in Croatia.

Sheeran quickly learned a couple words in Croatian for this thank-you video for the award which was presented to him after a secret concert he held in Austria for selected fans.

Sheeran’s popularity started 2012 after he made a guest appearance on Taylor Swift’s fourth studio album, Red.
His second studio album, x was released in 2014 and peaked at number one in the UK and the US and won the Brit Award for Album of the Year in 2015.

Check out his thank-you video below.

His single from x, “Thinking Out Loud”, earned him two Grammy Awards at the 2016 ceremony: Song of the Year and Best Pop Solo Performance.

Sheeran’s third album, ÷ was released in March 2017 and debuted at number one in the UK, the US and other major markets.