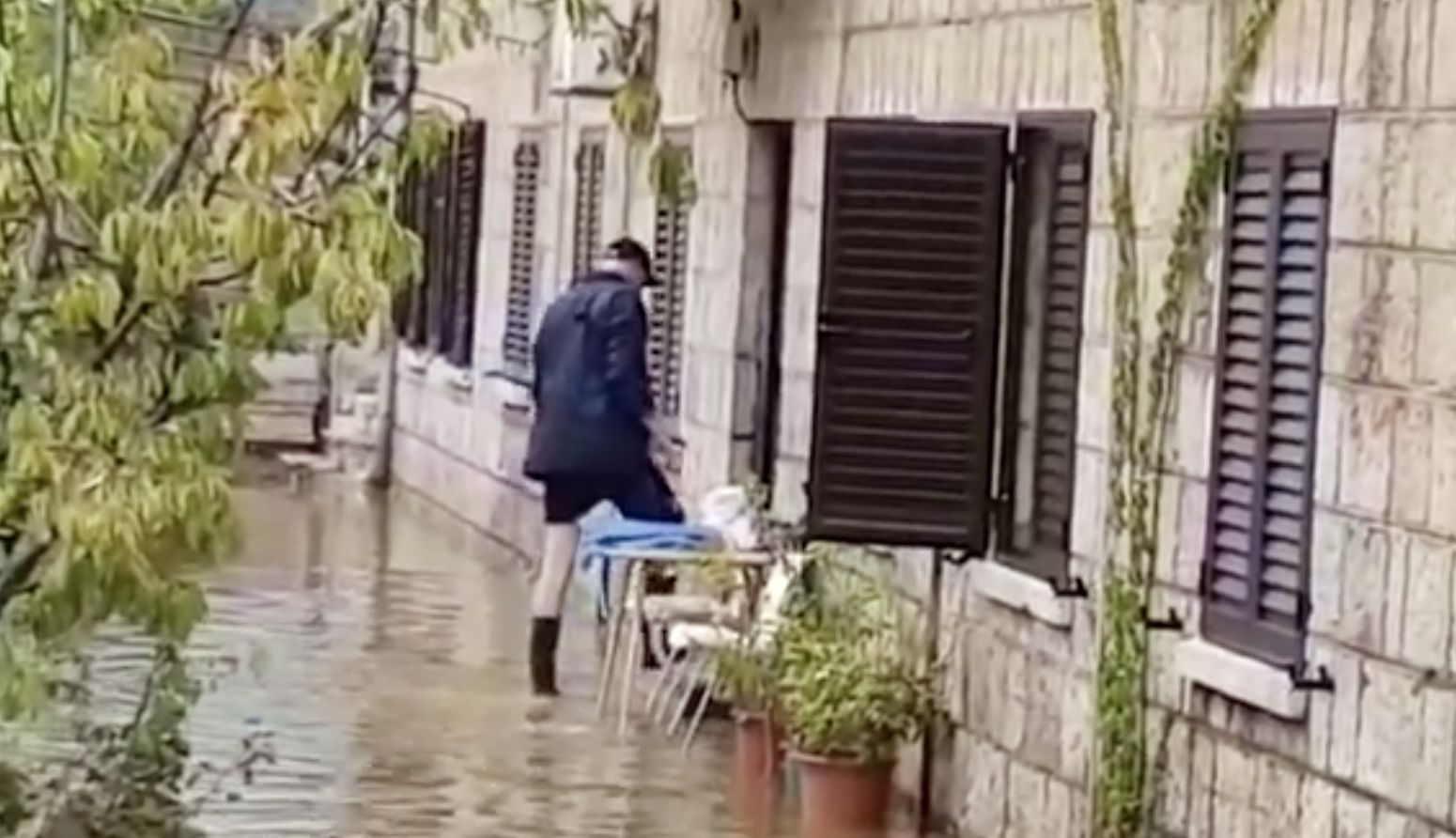 A huge storm with heavy thunderstorms and torrential rain has hit Dubrovnik in the early hours of Tuesday morning with more than 259 litres of rain per square metre falling in just three hours, the most in over 50 years.

According to HRT, last night’s storm set a new daily rainfall record with the most rain in a single day falling since 1961 when measurements started.

The previous record daily precipitation amount was 191 liters, measured on September 2, 2014, whilst the October daily record was 185.8 liters.

Last nights rainfall surpassed the amount which fell in the whole month of September in 2014 when 259,2 litres per square metre fell.

The flooding has caused major problems in Dubrovnik with water penetrating buildings and residential homes and flooding streets in the Dubrovnik area forcing a number of road closures.

Emergency services say that they received dozens of calls from locals with the Dubrovnik fire service called out to 30 interventions to help pump out water, index reports.