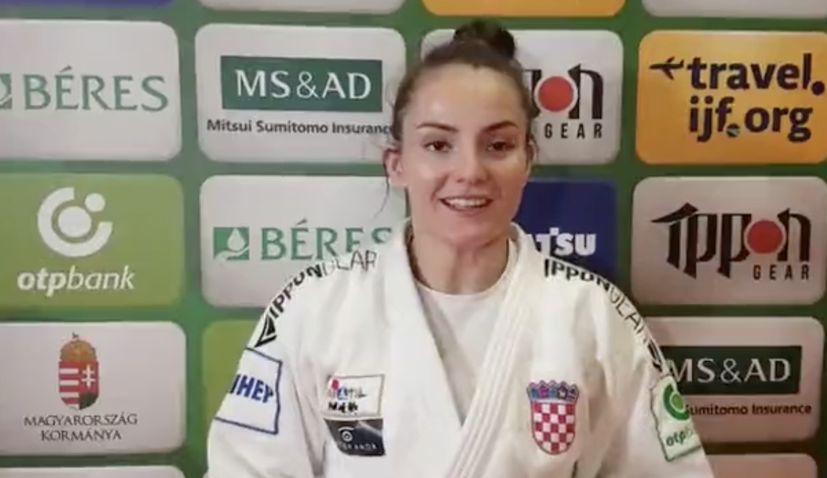 Barbara has won the gold medal today in the -70 kg category at the 2021 World Judo Championships in Budapest, Hungary.

The 26-year-old from Split won gold after executing a waza-ari 40 seconds before the end in the final to beat Japan’s Yoko Ono.

“Thank you! Thanks everyone. Here, that’s all I have on my mind! I am overjoyed!,” Barbara said immediately after the win, before adding.

“She choked me at the end of the fight, but I did not think of giving up. I said to myself that I will either be put to sleep or the fight will be stopped. I didn’t think of tapping, II managed to then turn it around. I couldn’t believe I won gold when the fight was over.”

In the quarterfinals, Matić defeated Butkereit from Germany before beating Austria’s Polleres in the semi-finals. Polleres, who had beaten Matić the last three times they faced off, was no match this time for the Croatian, much to the delight of her coach Vladimir Preradović.

Budapest has proven to be a great city for Barbara, back in 2020 she won gold there at the Hungary Grand Slam.

Matić will now represent Croatia at the upcoming Olympic Games in Tokyo and will be a big hope for a medal.