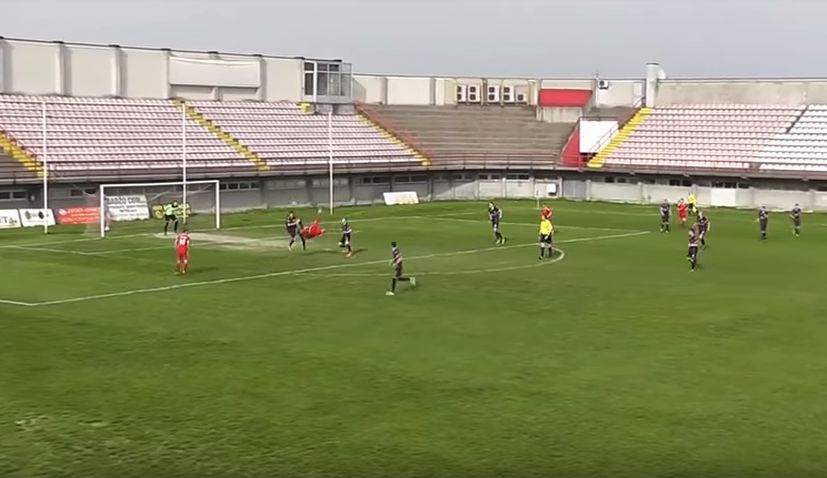 Just one day after Cristiano Ronaldo’s amazing overhead bicycle kick goal in the UEFA Champions League, he has been outdone by a Croatan striker.

Whilst Ronaldo’s goal ‘amazed’ the world on Tuesday night, there will not be near as much hype for a finish just as worthy by Croatian Antonio Vidović.

Vidović scored a similar goal whilst playing for HNK Orašje against HNK Čapljina in the Bosnian football league on Wednesday.

Just like Ronaldo’s goal on Tuesday night, the ball was crossed in from the right as Vidović met it airborne, rocketing it into the back of the net. His side won the match 3-1. Born in Vinkovci in eastern Croatia, Vidović (28) has played most of career in the Bosnian leagues.

Comments on social media about the goal as to if it was better than Ronaldo’s were divided. Some considered it more spectacular because of its power, whilst others thought Ronaldo’s was more difficult. Check it out for yourself below.