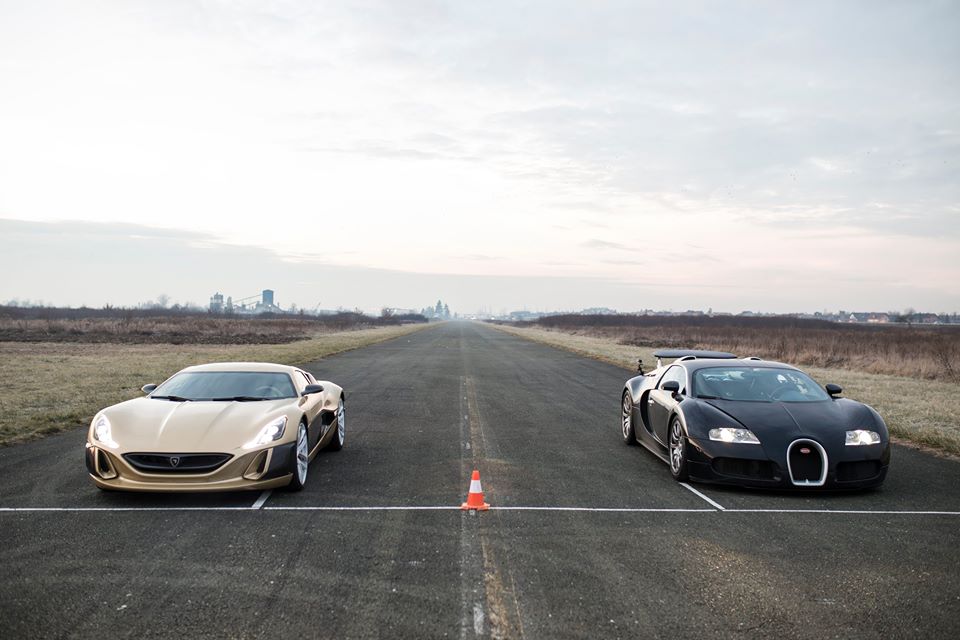 The Croatian electric supercar Concept_One, produced by Rimac Automobili just outside of Zagreb, has beaten a Bugatti Veyron in a drag race.

Mate Rimac has tested his car against the 1,480 horse-powered Bugatti Veyron after recently inviting the founder of the UK firm Wilton Classic & Supercar, the Earl of Pembroke, to go ‘head to head’ with him.

The original Bugatti Veyron has a top speed of 407 km/h and was named Car of the Decade by the BBC’s Top Gear. The Super Sport version of the Veyron is recognised by Guinness World Records as the fastest street-legal production car in the world, with a top speed of 431.072 km/h.

They first took the car along the Croatian coastal roads, before having a drag race.

“Well, it might not be exactly what you expected, it was –5°C so the Bugatti had a hard time to launch properly (we tried with and without Launch Control and this one was the best launch) and the Concept_One was at 20% battery State of Charge so it didn’t have full power available” Rimac said on Facebook, adding that a repeat under the right conditions will be planned.

Check out the video of the race below.