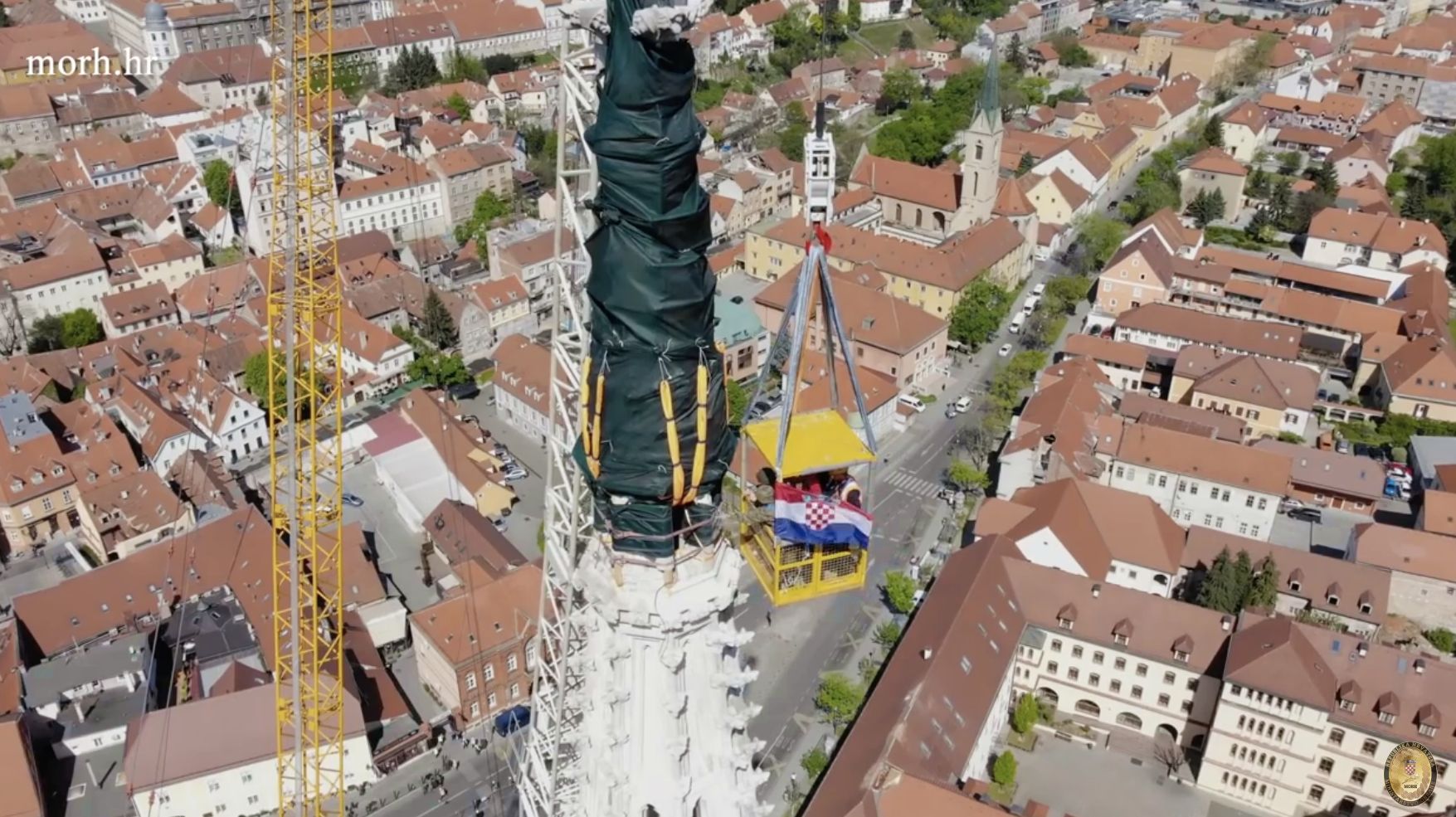 The Croatian Army has filmed the historic removal of Zagreb Cathedral spire from the air and made the video available to the community.

A part of the Zagreb Cathedral’s north spire, which was 13.5 metres tall and weighing 30 tonnes, was removed on Friday because, after being damaged in the 5.5-magnitude earthquake on March 22, it risked collapsing and causing even greater damage to the cathedral.

The spire was removed following a controlled explosion. After the detonation, smoke appeared as part of the tarp which covered the top of the tower caught fire. The removal began several minutes later after drones made sure the explosion had made a regular cut so that the part of the tower could be lowered in one piece.

The part was removed by a 500-tonne crane as another one enveloped the whole tower and lowered it. Before that, in a second attempt, mountain climbers tethered the top of the tower to the crane.

The role of the Croatian Army in the removal of the north spire of the Zagreb Cathedral tower was multifaceted.

Seven members of the Military Intelligence unit and three aircraft participated in the removal of the north spire of Zagreb’s Cathedral.

“Over the past two days, the unit has been tasked with aerial surveillance of the work area with the main focus on the north tower itself and the detonation site, or four supporting columns in the 360-degree perimeter, which has been successfully done,” explained Maslov.

“In this controlled detonation or demolition of the joints between the 72nd and 73rd rows of the cathedral, it was extremely important to determine from the air and from all sides that the removal process of the tower was successfully recorded so that the course of the removal of the tower could be analysed subsequently. This was one of the more demanding operations because the aircraft had to be very close to the cranes and the tower and to each other,” he said.