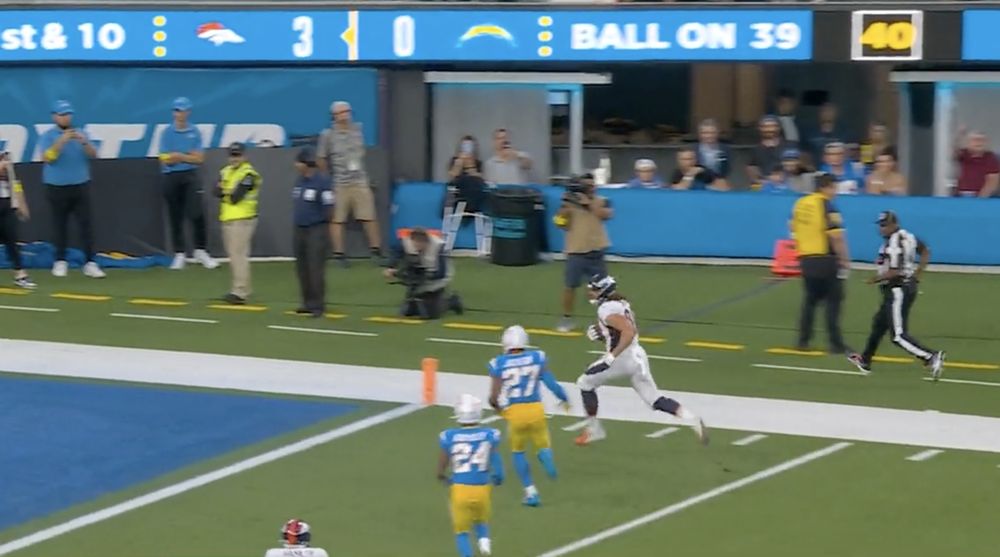 Croatian-American Greg Dulcich made a dream start to his NFL career when he scored a touchdown on his debut on Monday Night Football.

The 22-year-old, who was a third round pick for the Denver Broncos, found the end zone in his debut during their 19-16 loss to the Los Angeles Chargers.

After missing the opening few weeks of the season with a hamstring injury, the ex-UCLA football tight end impressed on his pro debut.

His maternal grandparents were both born in Los Angeles but also to Croatian parents from Konavle and Klobuk, Ljubuški in Hercegovina.

Greg Dulcich with a TD in his first NFL quarter! @Greg_Dulcich

Dulcich was selected by the Denver Broncos in the third round of the 2022 NFL Draft with the 80th overall pick. He was the third tight end chosen in the draft.