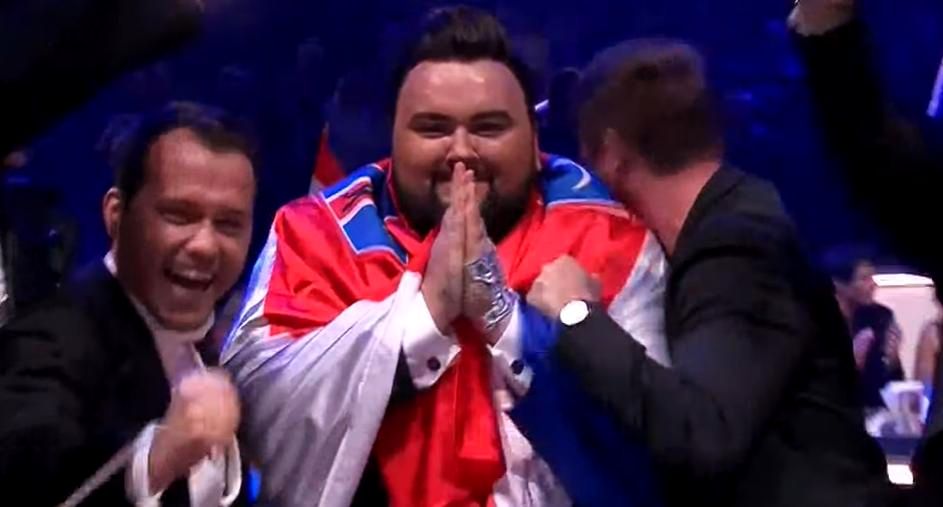 Jacques Houdek hears he has made the final (Screenshot)

Croatia has made it through to the final of the 2017 Eurovision Song Contest in Kyiv, Ukraine.

Competing in the second semi-final on Thursday night, Jacques Houdek’s part-pop, part-opera number titled My Friend was good enough to be one of the 10 countries out of 18 to qualify tonight for the Grand.

The second Semi-Final was broadcast live from the International Exhibition Centre in Ukraine’s capital with the following ten countries qualifying (in order they were announced):

Bulgaria: Beautiful Mess by Kristian Kostov
Belarus: Story of My Life by Naviband
Croatia: My Friend by Jacques Houdek
Hungary: Origo by Joci Pápai
Denmark: Where I Am by Anja
Israel: I Feel Alive by IMRI
Romania: Yodel It! by Ilinka ft. Alex Florea
Norway: Grab The Moment by JOWST
The Netherlands: Lights and Shadows by OG3NE
Austria: Running On Air by Nathan Trent

Check out Jacques’ performance below:

Ten countries also qualified from the first semi-final on Tuesday night – they were:

The Grand Final will take place on Saturday 13th of May 2017.