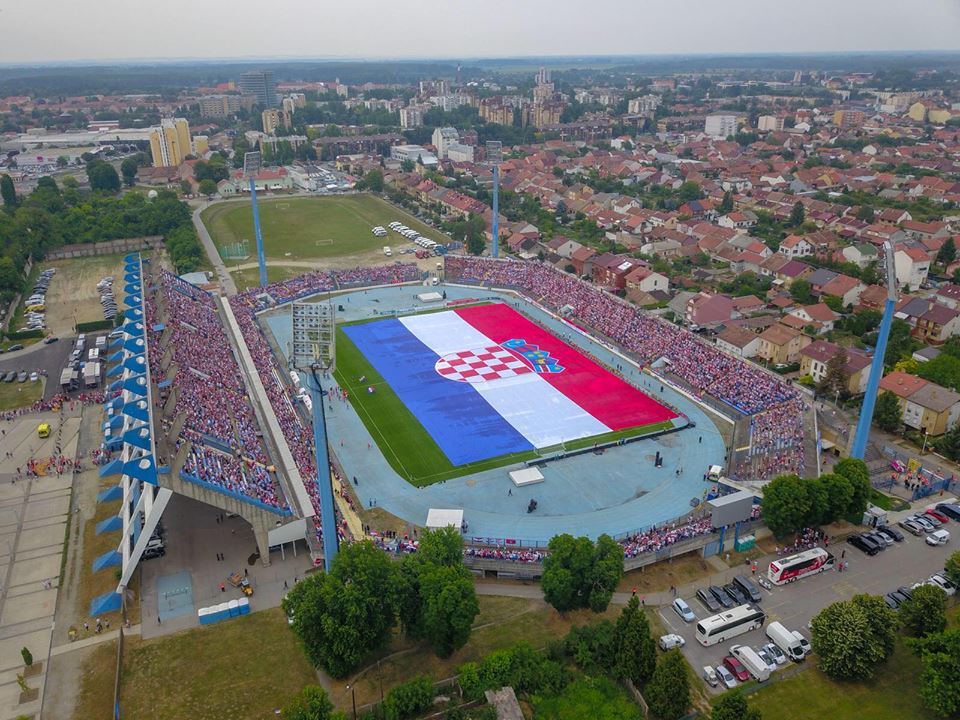 Almost 16,000 fans turned out to watch Croatia end its World Cup preparations in Croatia with a come-from-behind win against Senegal in Osijek on Friday evening.

Zlatko Dalic made two changes from the side which lost to Brazil at Anfield on Sunday with Mario Mandzukic starting up front in place of Andrej Kramaric and Ivan Strinic coming in for Sime Vrsaljko who was given leave from the squad after the birth of his son this week.

Although Croatia controlled possession, the best chances in a quiet first half fell to Senegal. Their pace at times caused issues for the back four and in the 18th minute, Danijel Subasic was called on to make a good save from Sakho. Subasic was again called into action 25 minutes later when he intervened a dangerous cross from Sarr.

Croatia’s best chance fell to captain Luka Modric at the end of the half after he found himself free on the edge of the box. His shot though was no threat to the Senegal keeper as it floated over the bar.

Senegal shocked the Osijek crowd just three minutes into the second half when Sarr finished clinically after being left free through the middle.

Dalic introduced Nikola Kalinic and Andrej Kramaric as Croatia lifted the tempo in search of an equaliser. Kramaric went close when his shot hit the crossbar in the 52nd minute before Croatia finally went level in the 63rd minute when Ivan Perisic’s free-kick from just outside the box took a deflection and went into the back of the net.

Dalic made more changes, introducing Brozovic for Rebic, Kovacic for Rakitic and Lovre Kalinic for Subasic as the game started to open up more. Croatia continued to attack and apply pressure, with Modric, Perisic and Kramaric looking dangerous. In the 80th minute, Kramaric would give the home side the lead with a good finish inside the box.

Croatia had a chance to extend their lead but there would be no more goals in the match. Coach Dalic will be happy that there were no injury concerns after today’s match and that most of his squad got some match-time.

The Croatian will fly out to Russia on Monday morning with their first match against Nigeria next Saturday night.