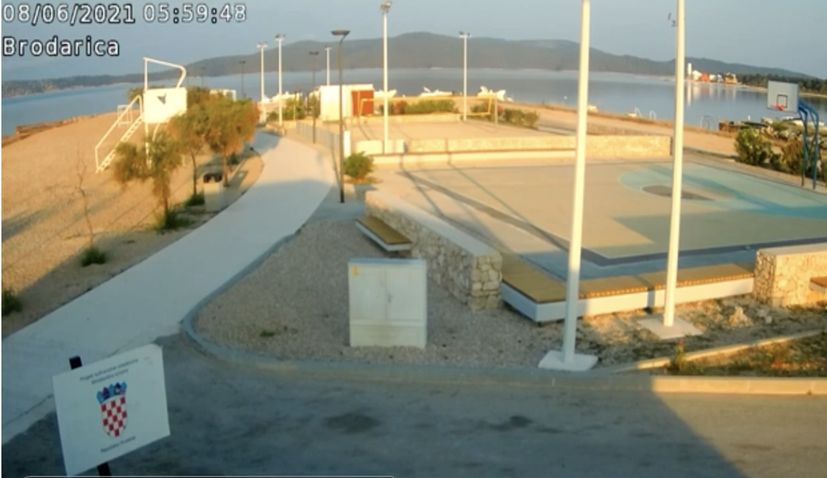 A live camera has caught the moment an earthquake, measuring 4.7 on the Richter scale, shook the Šibenik area on Tuesday morning.

The Seismological Service of the Republic of Croatia reported that the earthquake struck at 5:59 a.m. with the epicentre 13 kilometres southeast of Šibenik.

The depth of the earthquake was ten metres and the intensity at the epicentre was VI degrees on the EMS scale.

“This is a new epicentre to those which have been active so far. During the day and in the coming days we can expect weaker earthquakes in that area,” seismologist Marija Mustać told N1. Witnesses reported that the quake was felt strongly in the wider Zadar and Šibenik-Knin counties and also along the coast down to Split and on nearby islands.

The Seismological Service of the Republic of Croatia described the earthquake as ‘strong’. Apart from damage to a school in Vrpolje and a falling rock damaging a car, there have been no reports as yet of any major damage.