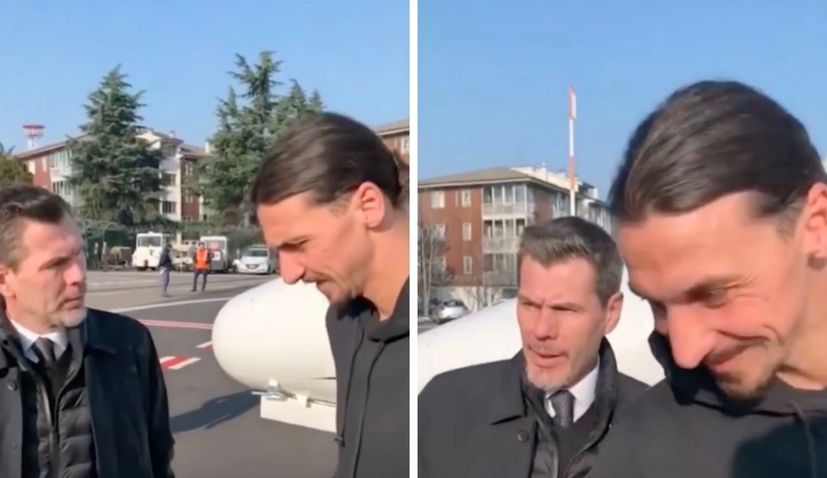 The 38-year-old, who is returning to the club after six years on a short-term deal, landed at Linate Airport on Thursday morning via a private jet from Stockholm.

Ibrahimovic was greeted first by Boban who communicated with the star striker in Croatian.

Boban then gives some directions to Ibrahimovic in Croatian: ”Mi idemo direktno u auto, oni će uzeti torbe.” (We will go directly in the car, they will take the bags).

Ibrahimovic then spoke to AC Milan TV in Italian before heading to La Madonnina clinic to complete his medical.

Ibrahimovic has Croatian heritage on his mother’s side. His mother, Jurka Gravic, emigrated to Sweden from the village of Prkos near Zadar. His father is of Bosnian descent.

Ibrahimovic talked about being proud of his Croatian heritage when Luka Modric won the Ballon d’Or.

“With me and my mother being from Croatia, he’s (Modric) Croatian so I am happy. It’s part of the blood,” he said.