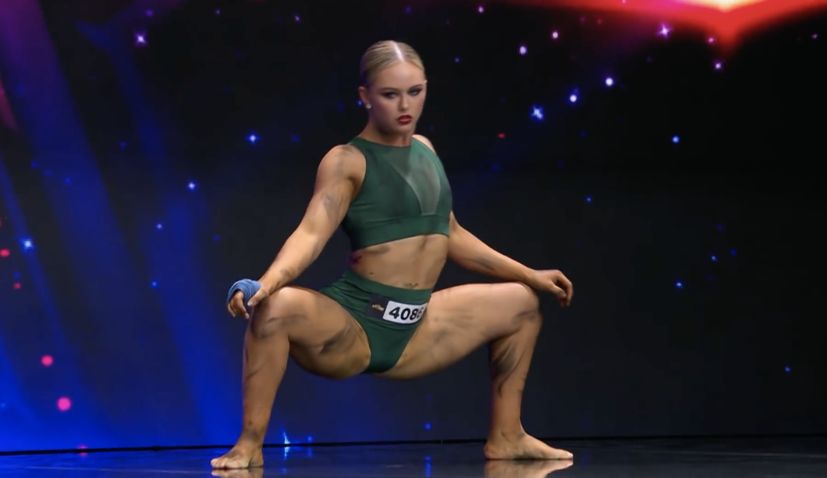 ZAGREB, 7 November 2021 – 18-year-old Siena Uremović from Australia, who has Croatian roots on her father’s side, produced a show-stopping performance tonight on Croatia’s Supertalent show on Nova TV.

The talented dancer travelled all the way from Sydney with her mother to perform a demanding choreography routine ,which even saw dance blindfolded at one point. Her performance left the judges searching for superlatives as they gave her, with the audience, a standing ovation.

“This is my fifth season as a judge on Supertalent. We have never had someone who had this level of dance technique,” said judge Martina Tomčić.

Judge Janko Popović Volarić was next: “I’ve never seen anything like this. Amazing, the best I’ve ever seen,” while fellow judge Davor Bilman added: “For this level of performance, you deserve a platinum button that, unfortunately, we don’t have.”

Siena, who’s Croatian roots were from Gospić, told the judges that she travelled 33 hours to perform and that she feels at home in Croatia. The trip paid off as all four judges gave her a resounding ‘yes’.

Siena started dancing at the age of four.

“At first she was horrible. Now I just sleep, eat and dance, I took it very seriously,” she said.

After injuring her spine a few years ago, doctors said that she would have to say goodbye to dancing, but Siena’s performance on Supertalent is proof that with enough perseverance, almost anything is possible.

You can check out her performance below.