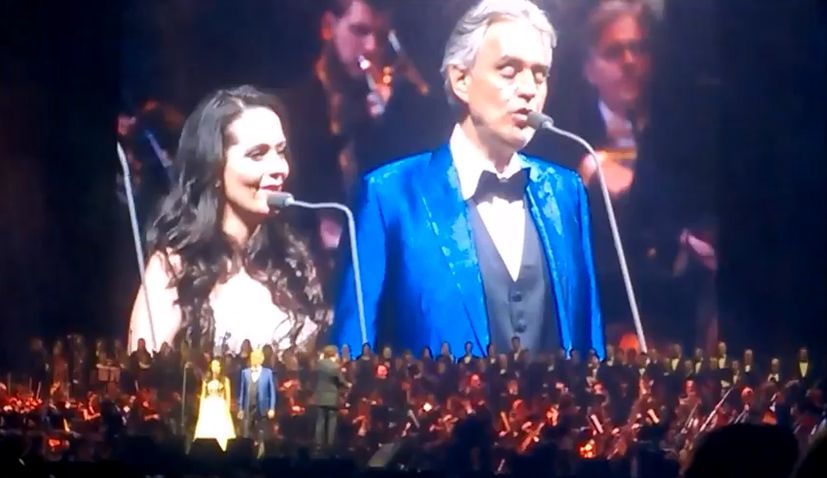 One of the most anticipated concerts this year in Croatia has taken place on Saturday night as legendary Italian tenor and singer-songwriter Andrea Bocelli delighted the large crowd that turned up to Zagreb Arena.

Tickets for the one-off concert sold out in record time, forcing organisers to create extra tickets for die-hard fans.

Bocelli, who became blind at the age of twelve following a football accident, was joined by the talented Maria Aleida Rodrigez, the academic choir I.G.Kovačić and also at one point in the concert by Croatian singer Vanna.

The Italian great split the Zagreb concert into two parts – the first featured him singing famous opera hits, and the second his own numbers, including a beautiful rendition of ‘Time to Say Goodbye’ with Rodrigez and the Croatian choir.

Some action from tonight’s concert.