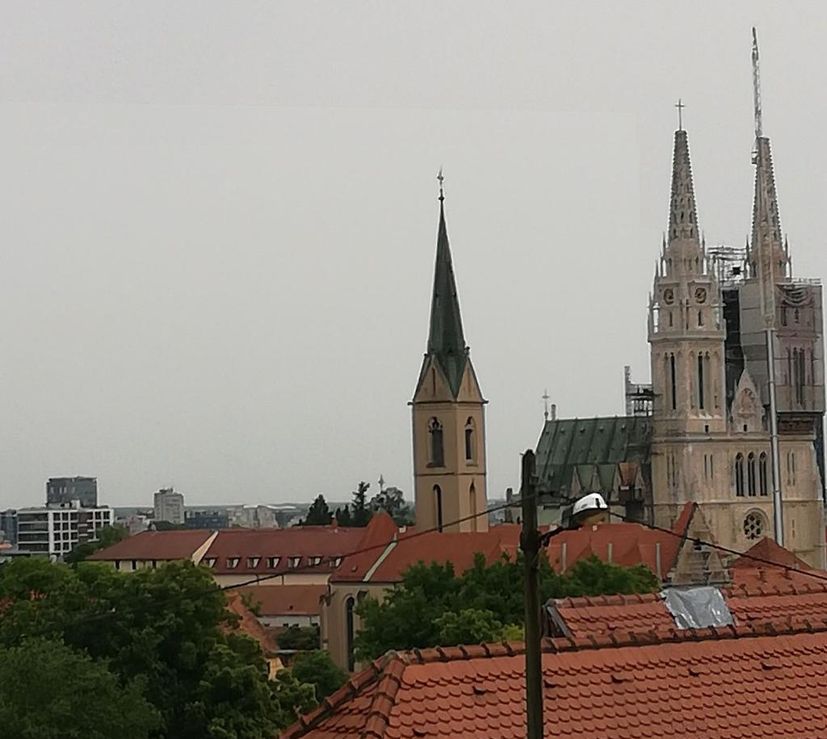 Cross goes up on top of Zagreb Cathedral spire today

ZAGREB, 13 May 2020 – Two crosses will be placed on top of the damaged spires of Zagreb Cathedral with the first one going up on Wednesday.

The south spire of Zagreb Cathedral was knocked during the March earthquake, and a few weeks later the north spire was removed in a controlled explosion as it was deemed to be unsafe.

Today, one of the crosses, which weigh over a tonne each, went up on the north spire as a new phase of the restoration on the cathedral begins. A cross will be placed also on the south spire if weather conditions remain favourable this afternoon. If not it will be placed another day. 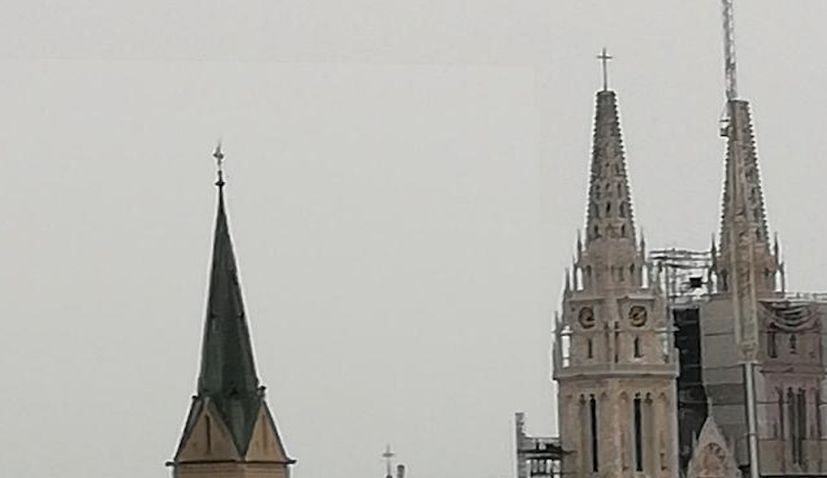 Cross on the north spire

The crosses, which are 8 metres high with the base and were made in the Zagreb suburb of Stenjevec, are temporary and will eventually be replaced with spires. As they are only temporary, they have been spray-painted gold.

The new chapter of restoration might last for years or even decades.

“First we have to diagnose the state of it and then we will make the plans,” Monsignor Ivan Hren, who has been leading the renovation of the Cathedral for a number of years, said.

Monsignor Hren is hoping that Zagreb’s trademark cathedral, frequented by believers and tourists might open to the public by Statehood Day on 30 May.