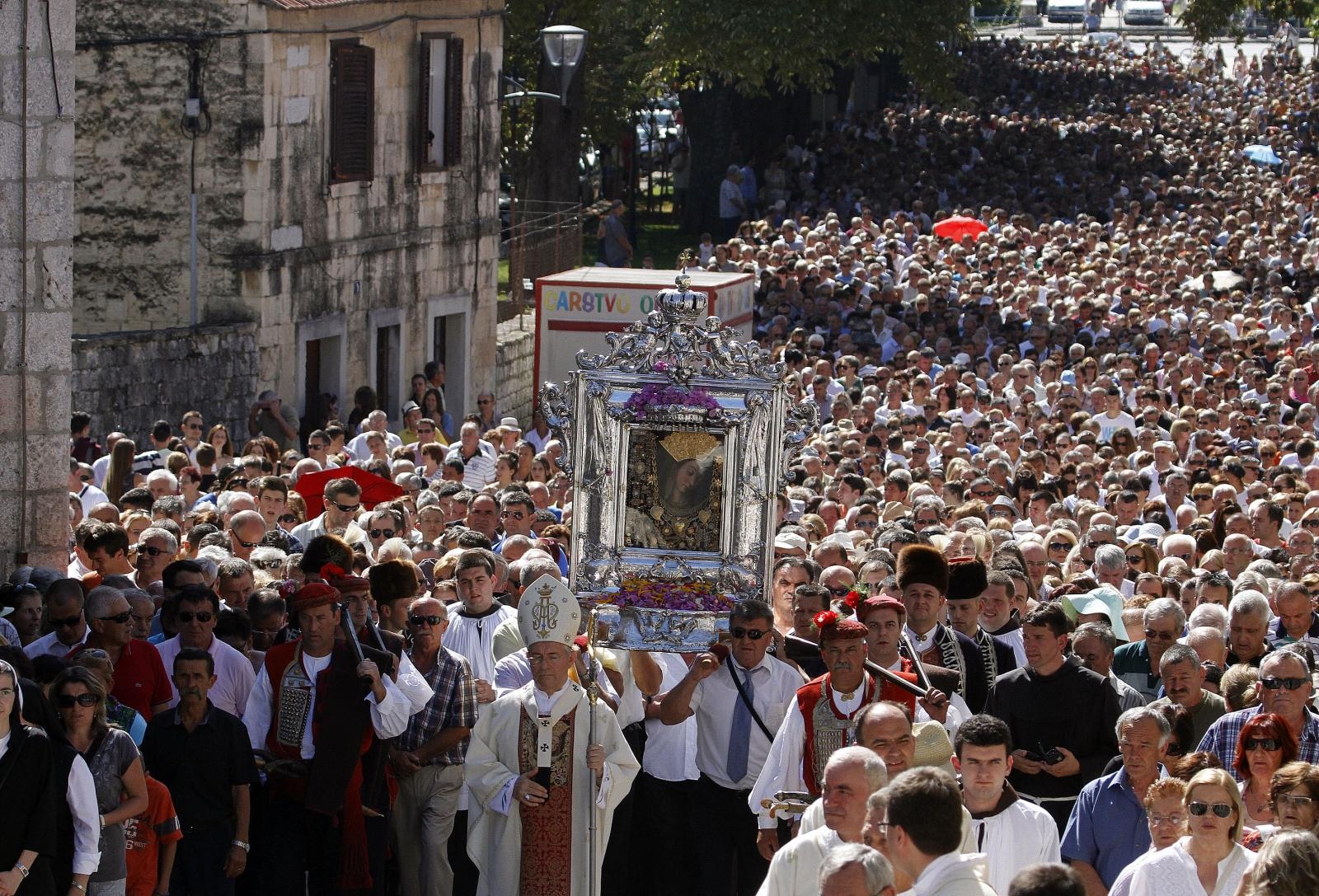 Procession in Sinj from a few years back (Photo: Tino Juric/PIXSELL)

ZAGREB, 15 August 2019 – Croatians will celebrate Velika Gospa – The Assumption of the Virgin Mary – today with people expected to take part in pilgrims to over 20 Marian shrines in Croatia.

The 15th of August, which is a public holiday in Croatia, is one of the biggest days on the religious calendar. The Assumption of the Virgin Mary, according to the beliefs, is the bodily taking up of Mary, the mother of Jesus, into Heaven at the end of her earthly life.

Traditionally, tens of thousands of Croatians mark the occasion by descending on the town of Sinj, located in the continental part of Split-Dalmatia County, to kneel in front of the world-famous shrine, the Miraculous Madonna of Sinj today.

But this year there will be no traditional procession through the streets of Sinj for epidemiological reasons. A reduced schedule of events on the Feast of Assumption will be organised today for the purpose of preventing the spread of coronavirus.

Usually, there are also large crowds converging to the shrines in Marija Bistrica in the Krapina-Zagorje County in central Croatia, Krasno in Split, Trsat in Rijeka, Pleternica in Slavonia, and Aljmaš also in eastern Croatia, but because of the epidemiological situation, fewer people are expected.

“Given the general atmosphere of reduced travel, precaution and restrictions introduced to curb the coronavirus pandemic, it is possible that there will be fewer pilgrims, including tourists, in Marian shrines for the feast day this year,” Croatian National Tourist Board director Kristjan Stanicic said.