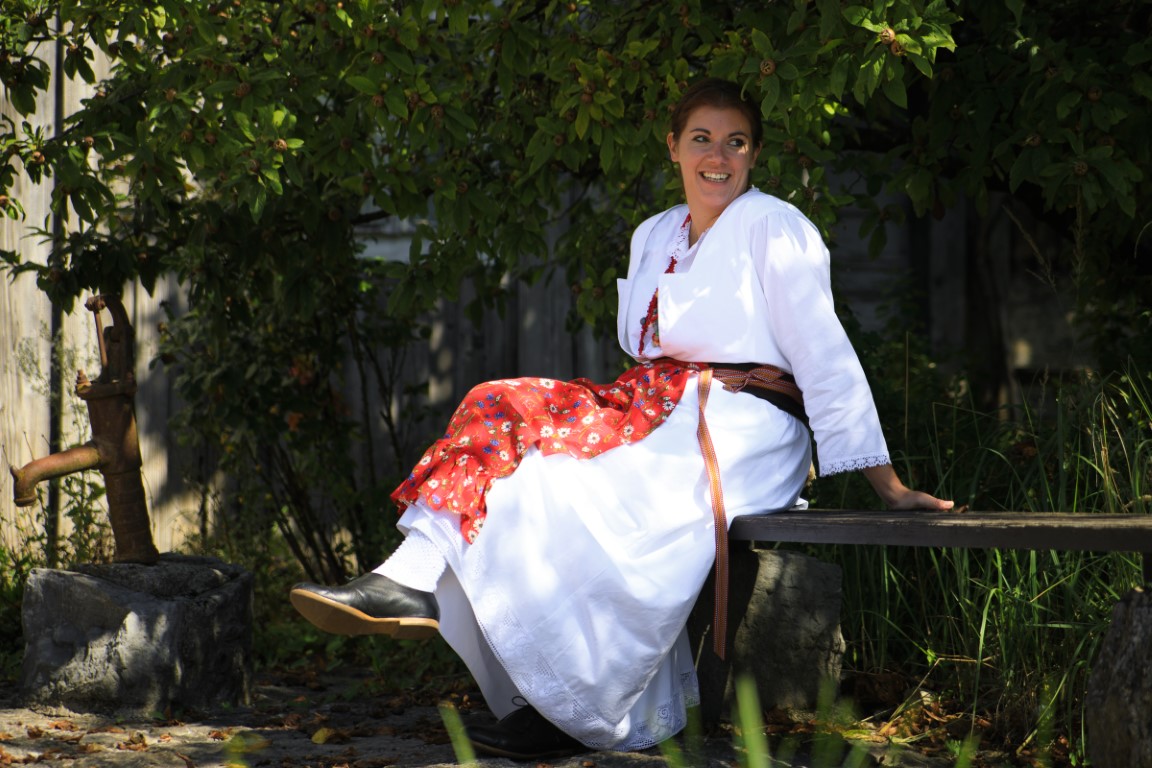 Delnice is a private and quiet little town that hides many exciting stories. To give Gorski Kotar visitors a chance to get to know and experience it better, the guide Jelena Holenko Pirc (Lynx and Fox) and the STEP RI Science and Technology Park at the University of Rijeka, as part of the EU project ATLAS Interreg Italy – Croatia, have designed a creative, experiential tour “Live the Story of Delnice” that will reveal  valuable and diverse heritage of this town, both during and out of the season.

The Hunting Lodge restaurant’s terrace in Delnice, which offers a fantastic view of the town, is an ideal starting point for “Live the Story of Delnice” tour. Take a deep breath of fresh air and inhale the aroma of medicinal herbs with which Jelena Holenko Pirc introduces you to the story of her town. Taste the well-known mountain herb liqueur and listen to what connects Jelena the most to her hometown. 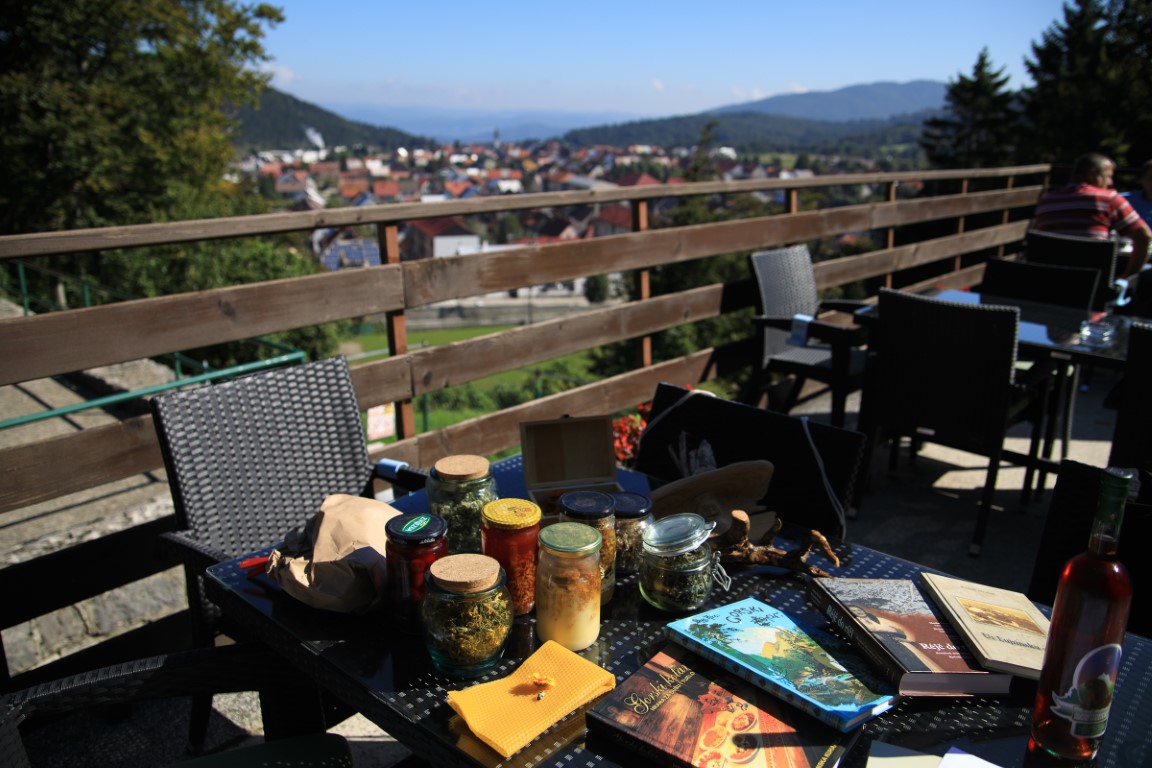 View from the hunting lodge

On the way to the center of Delnice, Jelena will take you on a pleasant, relaxing stroll through the Park Forest Japlenški vrh, where you might get surprised by many things. It may be a close encounter with a fallow deer that reside in enclosures in the forest, perhaps a Love Trail where you can read love verses, leave a message in a mailbox, hear the story of an unhappy Strawberry, and encounter many more surprises among the centuries-old trees… 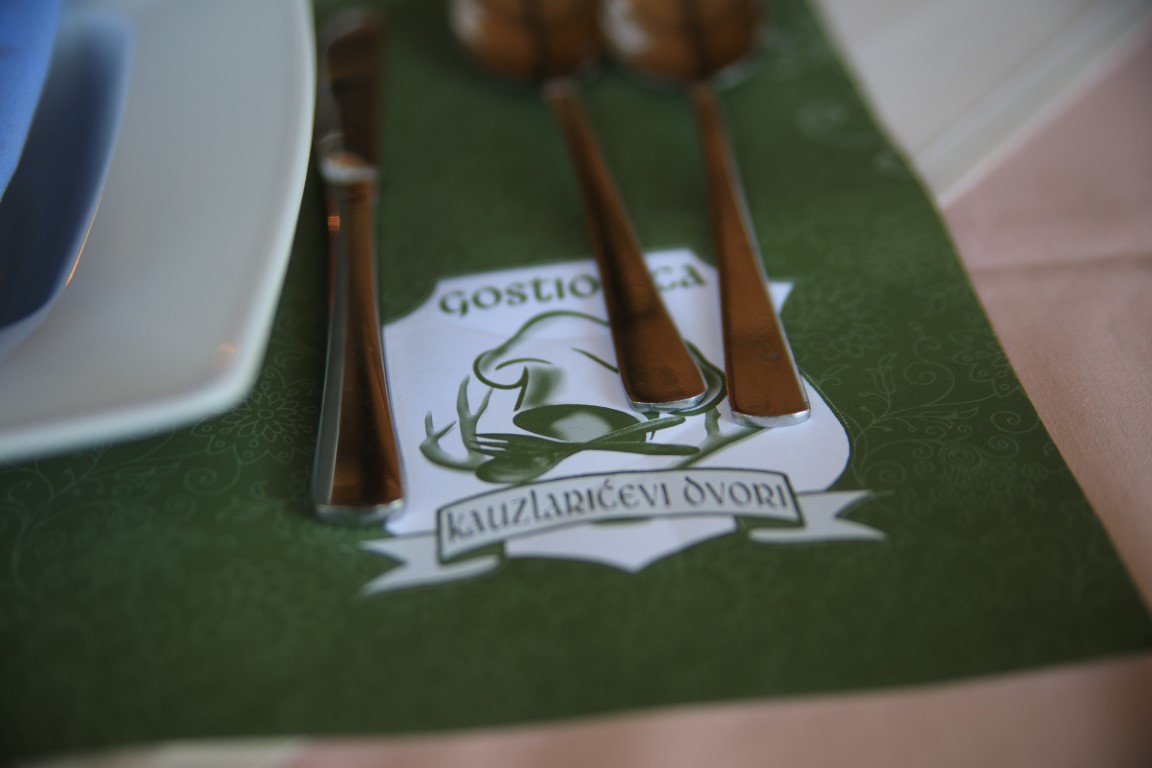 TOWN PARK – A FRAGRANT ART OASIS OF A TURBULENT PAST

The town park is a favorite place for residents of all ages, especially the young ones. It hides numerous stories that you cannot find easily on your own. Firstly, Jelena will take you to the time of the Kingdom of SHS and reveal why the social cream of the time came here for some enjoyment, and why the habit did not last. The reason is in one of the many monuments in the park, and Jelena will tell you its story! She will then introduce you to the legacy of Grga Marjanović, an academic painter and professor who has left a deep mark with his works, and also influenced future generations. The park houses his atelier with many works by this animalist, including the famous bear drawing, awarded at the First Meeting of European Animal Painters in Paris. In his honor, the citizens organize art colonies and gatherings in the park. 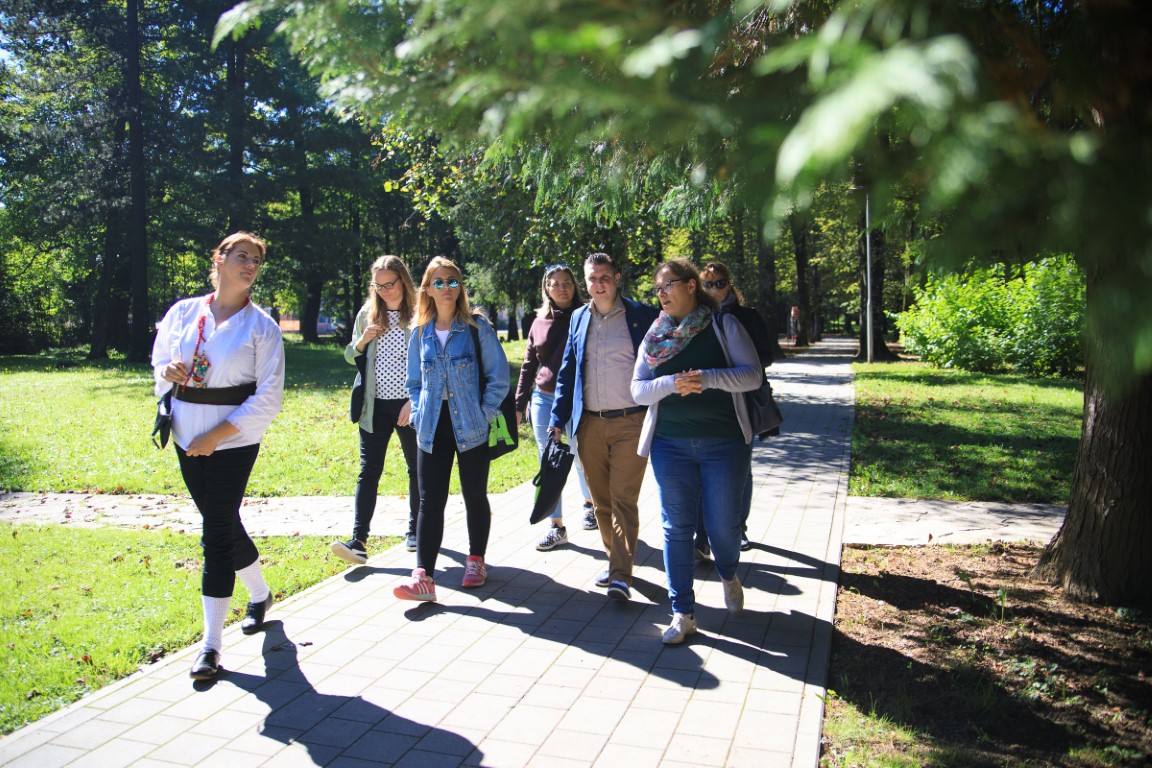 As a stroll through Delnice in the fresh mountain air is sure to whet your appetite, on this tour Jelena has in store something quite special. Since this dish is traditionally prepared for Easter, this tour will be a rare opportunity to taste the traditional culinary delicacy of Gorski Kotar – the “Mountain Stuffing” or, as locals call it “stomach”. Along with yet another herb liqueur, you will taste it at the legendary Café Center, where you can also see an exhibition of paintings by local artists. The place also offers accommodation and accompanying facilities. 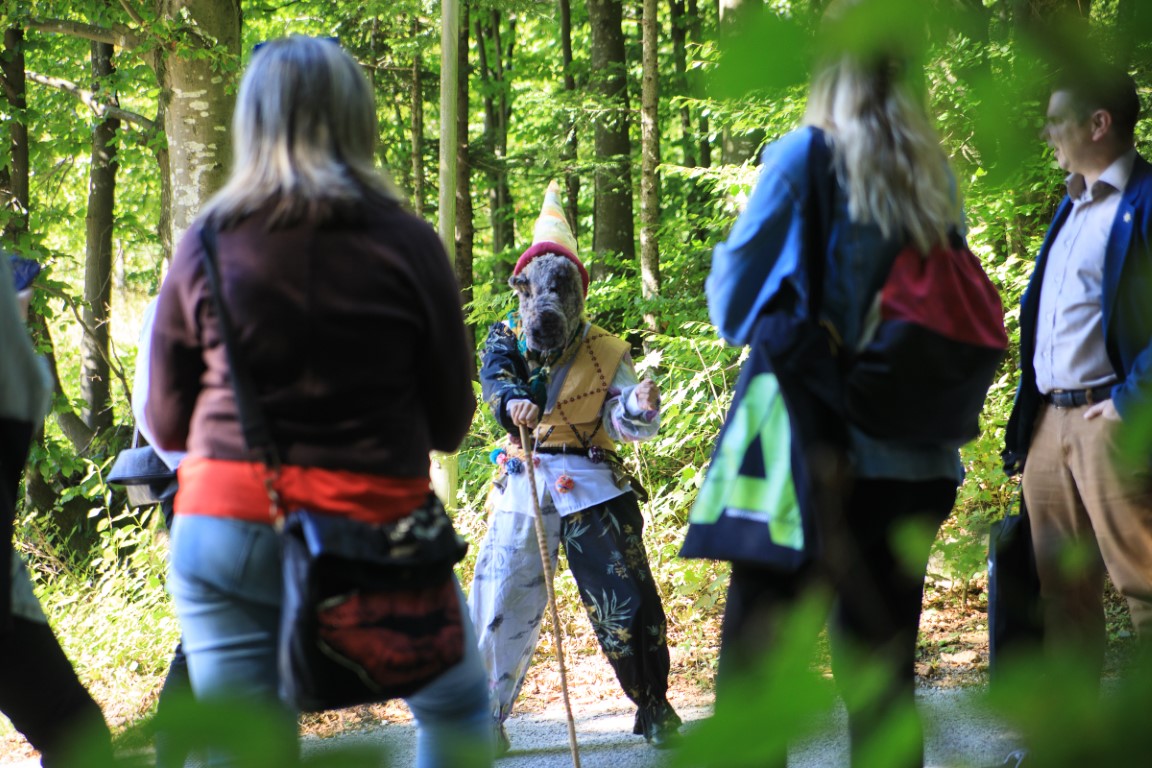 “POPOVIĆ MILL” – A HIDDEN ATTRACTION AT THE CENTER OF DELNICE

In the center of Delnice there are many houses along the main road, but one yard hides something truly special. Take a peek with Jelena at “Popović Mill”, a mill owned by the Mihelčić family who had returned from America a hundred years ago, and decided to invest money in the first electric mill in this region! Its fascinating mechanism, designed in Budapest, has been in operation since 1925. The descendants of the Mihelčić family will show you, among other things, how this small factory works. 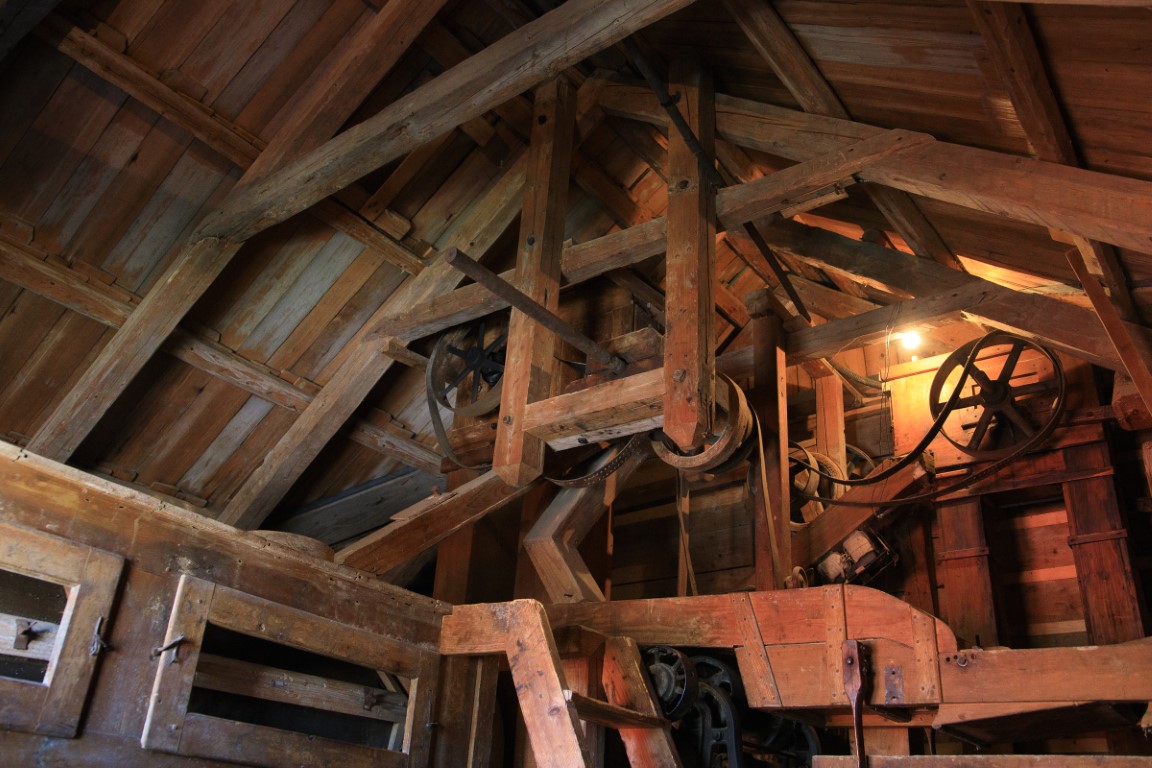 Jelena will take you even further into the past of her hometown with a visit to the “Rački House”, the oldest house in Delnice and a cultural monument. Heritage keepers from the “Prepelin’c Ethno  Association” and Delnice residents filled three rooms of this small house with objects from the everyday life of the 18th century. Each of them evokes the diligence and resourcefulness of the town’s people, as well as a series of customs that was interwoven in their lives, like some that Jelena will demonstrate by turning you into the main actors of at least one Delnice story! 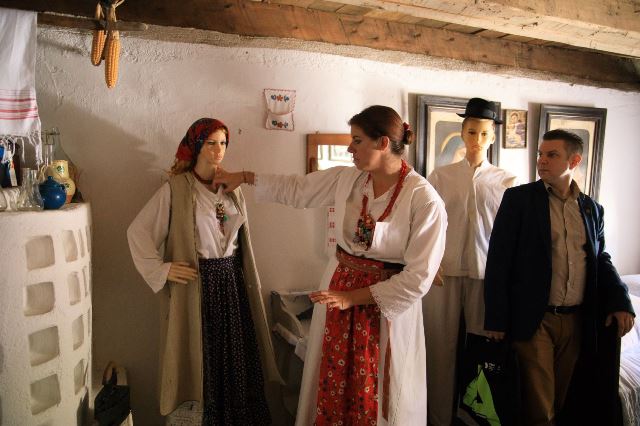 “Live the Story of Delnice” tour comes to the inevitable end with a return to the culinary past. A guide on this inspired journey is the owner and head chef of the “Kauzlarić Inn”, Boris Kauzlarić. As a true lover of culinary tradition, his desire is to revive the old recipes and restore the tradition of the mountain inns, taverns and boarding houses, where seasonal and locally available foods were used in preparing dishes. Make an extra hole in your belt and get ready for the ultimate culinary surprises and a story in which each plate is a delicious link to Delnice’s tradition and customs. 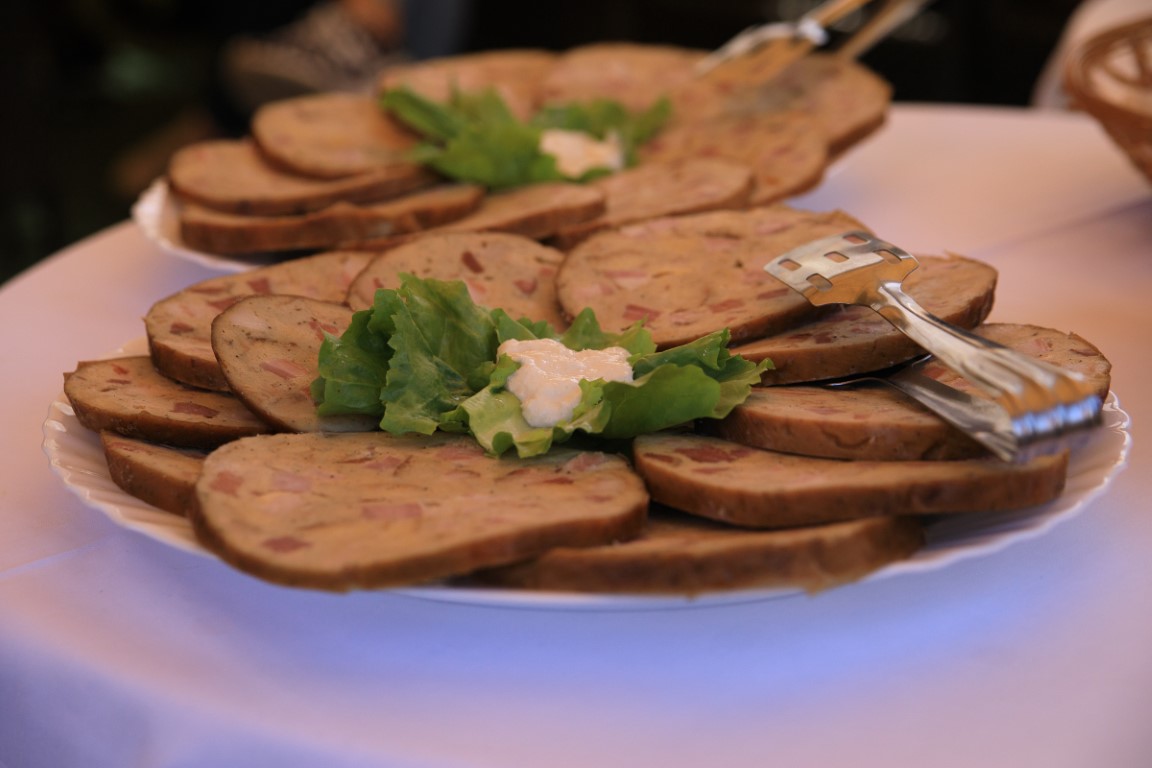 HOW TO BOOK YOUR PLACE ON THE TOUR?

Just visit the Lynx and Fox Facebook page or write to [email protected], and book your place on the tour with the guide Jelena Holenko Pirc and explore Delnice and Gorski Kotar.