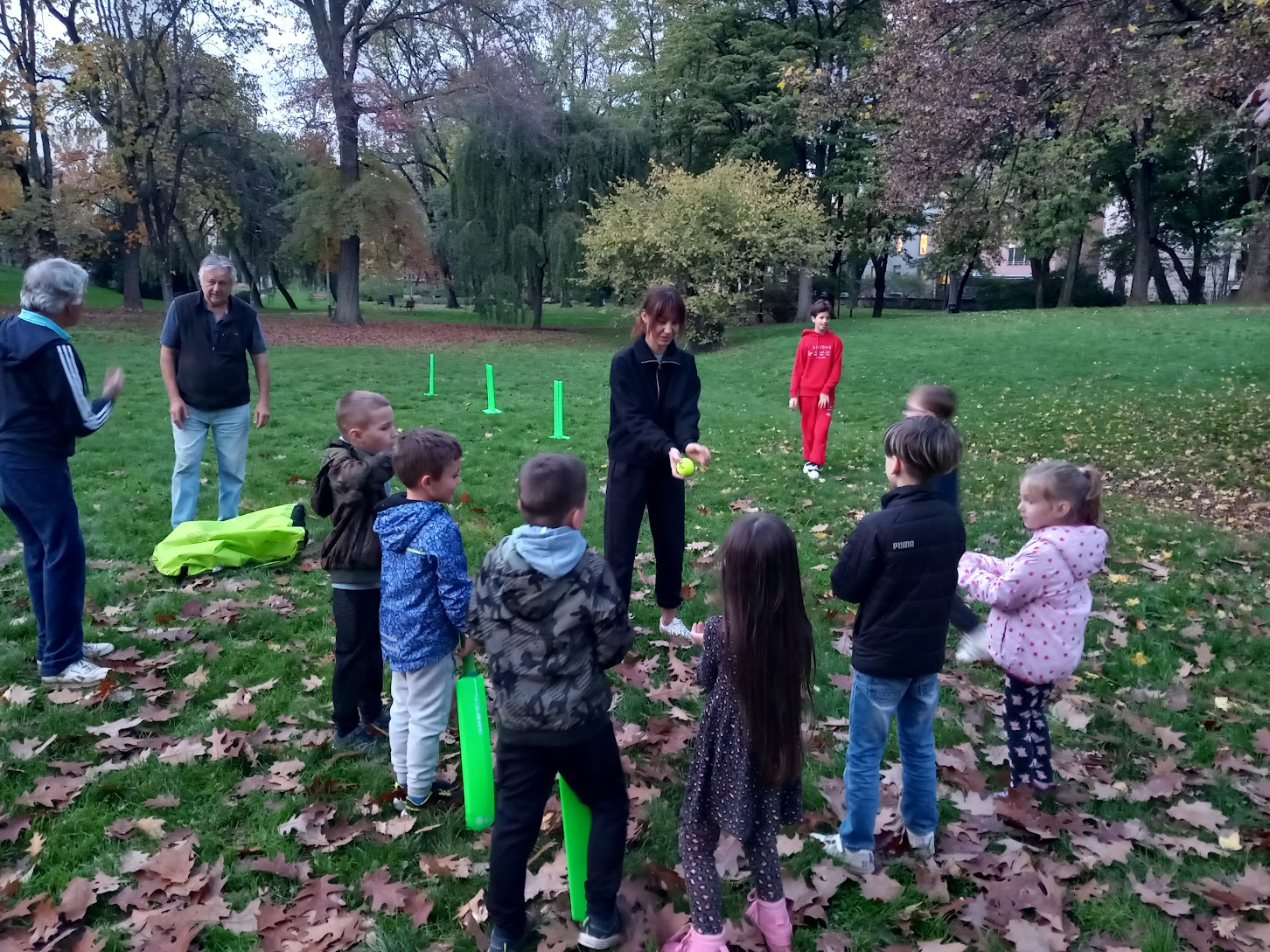 Ukrainian children in Zagreb are having the opportunity to play cricket and assimilate in their new home thanks to a development programme organised by the Croatian Cricket Federation and ICC Europe.

The Ukrainian Children Refugee Cricket Support Development Programme has been running since summer 2022 and is still going strong as winter approaches.

The development training session venues are different parks around Zagreb, including Zrinjevac, right in the centre, Krešimir Park towards the east side of Zagreb and in Ribnjak Park, further north. 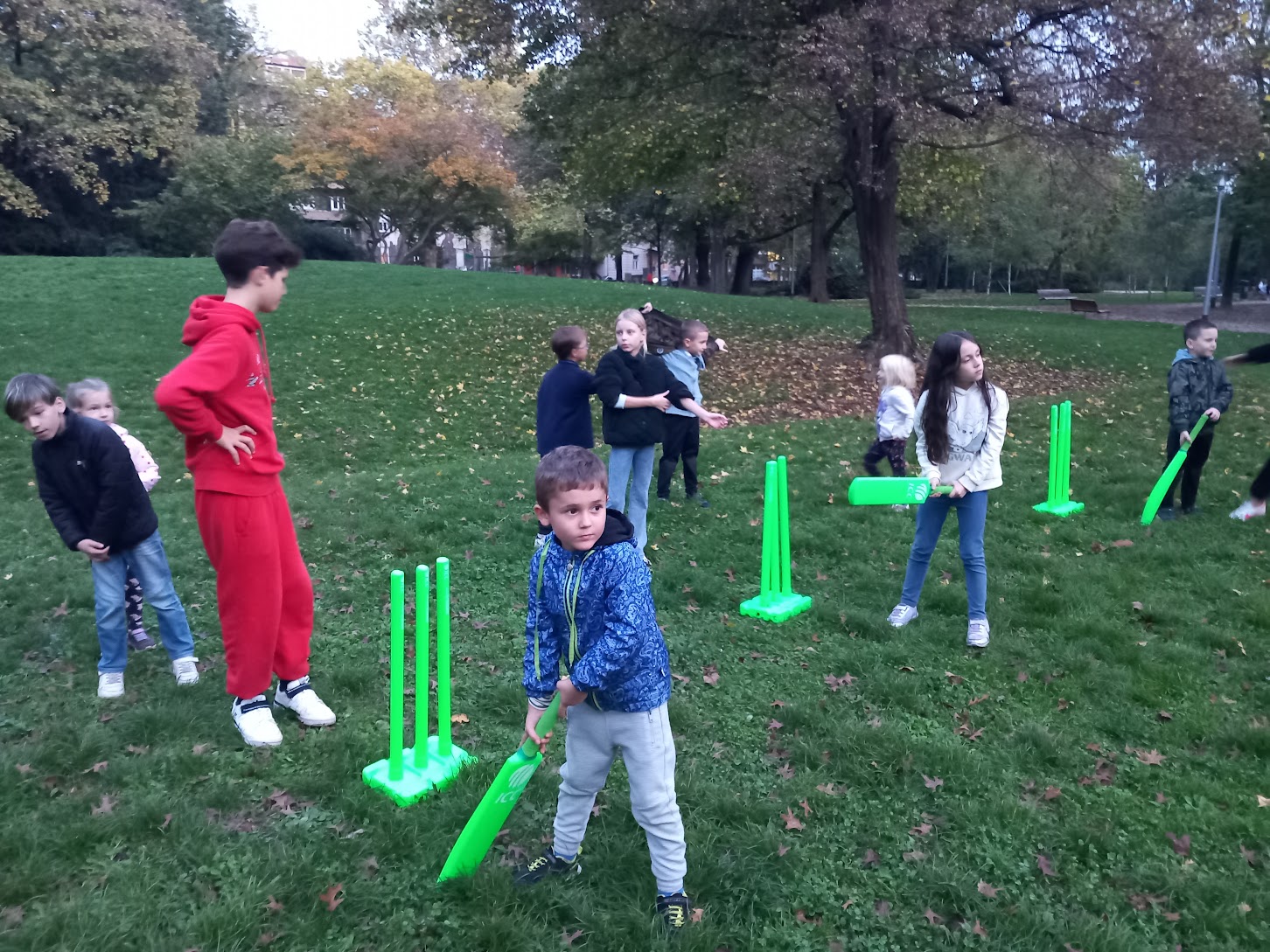 The locals going out for a stroll with their dogs are quite surprised by this foreign game played on Croatian soil.

The programme is being coordinated and translated by Evgeniia Korniienko from Ukraine and in these sessions are being run by Mark Davies and Veljko Popović, members of Zagreb Sokol Kriket Klub.

The CCF development cricket officers, administrators, senior cricket players and volunteers have all been involved from the start of the Ukrainian Children Refugee Cricket Support Development Programme in Zagreb and will continue their ongoing help and support in the future. 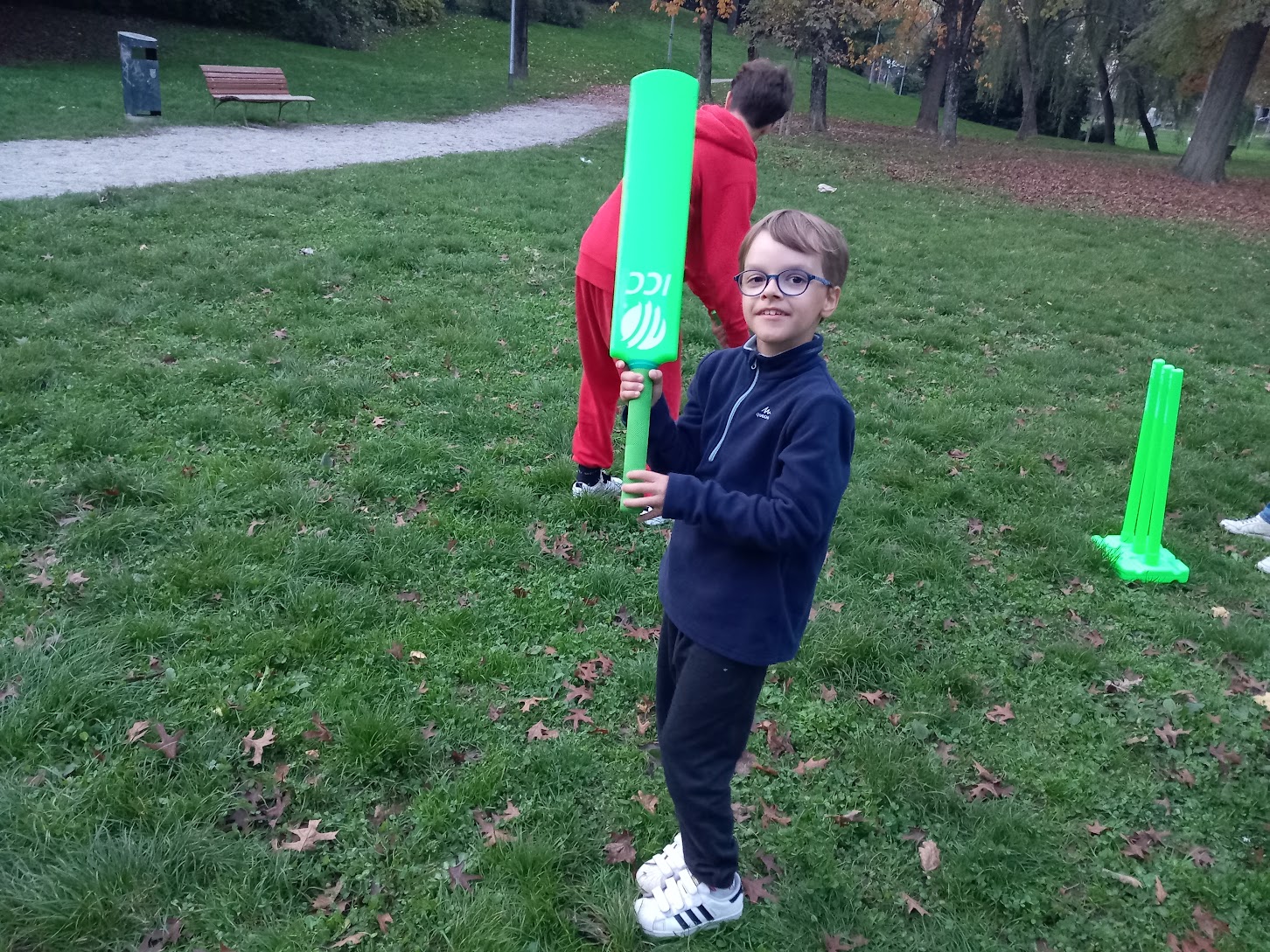 Let’s use Evgeniia’s own words talking about the cricket programme:

“It’s not only about cricket, but cricket came first. Now we have a Ukrainian community in Zagreb, which gathers twice a week to play cricket. These children’s training sessions are really important not only for the well-being of the children, but for their mothers, too. The children with their mothers come from different parts of Ukraine: Kiev – the capital; Kharkiv, which has been bombed every day from the first day of the war; Lviv (Western Ukraine); and Kherson, which has been occupied by Russian forces.

And now they are in a foreign country, the children are without their fathers and the mothers without their husbands.The least we can do is to give them an opportunity to meet for cricket training sessions and to talk in a language that they all understand and to make new friends.”

The programme is supported by Domino’s which delivers pizzas for everyone after every training session. 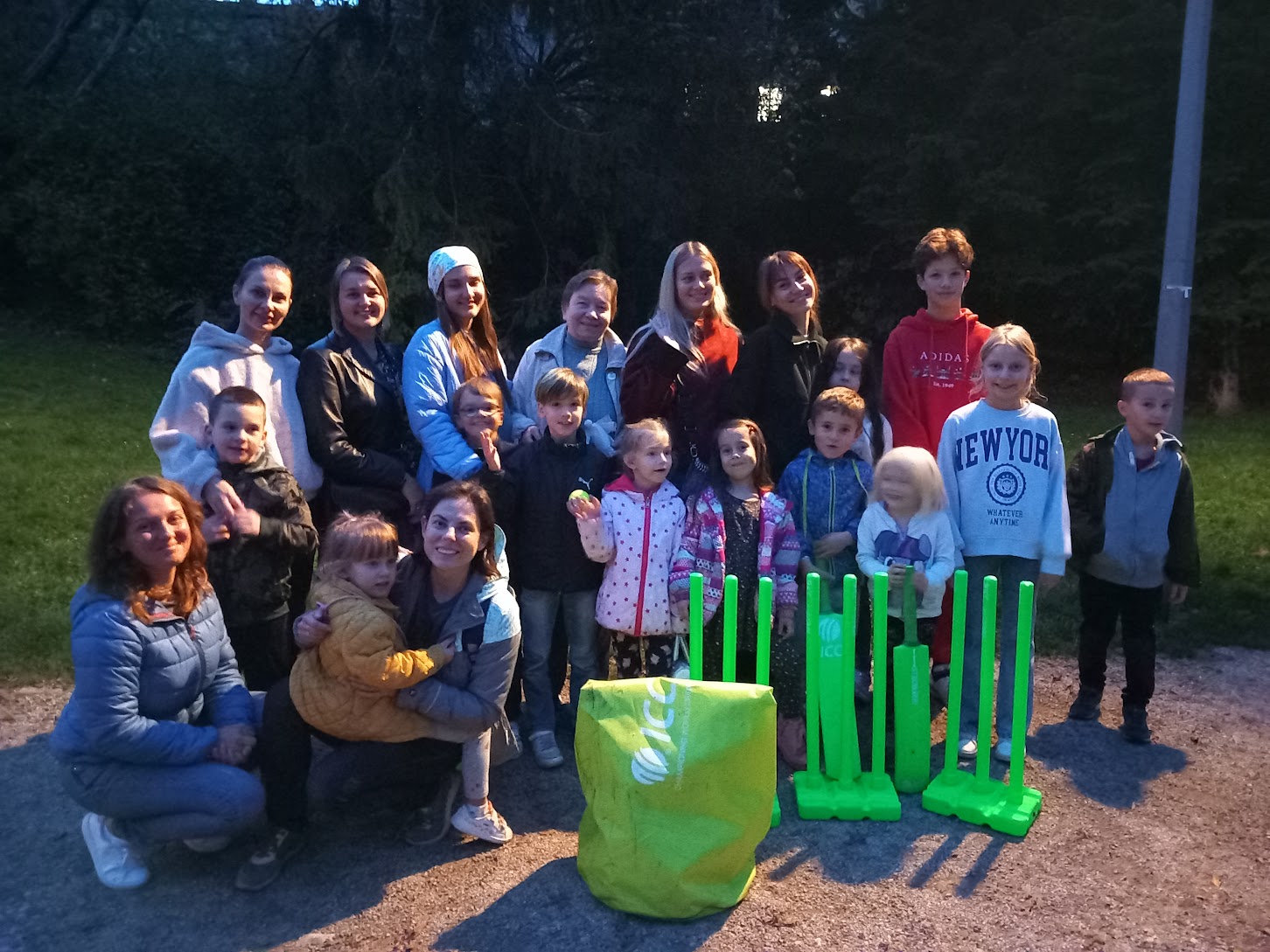 “Winter is coming and the nights are drawing in. We are eagerly looking forward to the indoor training sessions where the programme will continue over winter before we head back to the parks in spring 2023. The Croatian Cricket Federation sincerely appreciates and thanks ICC Europe for all their ongoing support and assistance since the commencement of the Ukrainian Children Refugee Cricket Support Development Programme in Zagreb in summer 2022.”