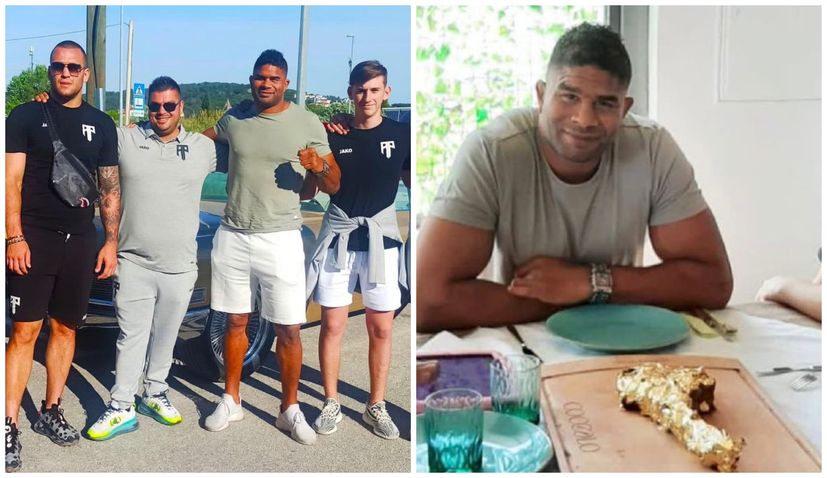 It is no secret that legendary UFC fighter Alistair Overeem enjoys Croatia. The former Dream, Strikeforce, and K-1 world champion is a regular visitor to Croatia and is in the country again.

Overeem has been hanging out with Croatia’s best kick-boxer, Antonio Plazibat, and the two recently dined with friends and family at Coccolo, one of the most popular restaurants in Trogir on the Dalmatian coast.

Coccolo has been a popular restaurant for locals and tourists for over 25 years and recently they became the first in Croatia to serve top quality steak encrusted in a 24 karat gold leaf and that is what Overeem and company enjoyed on their visit.

The restaurant’s chef, Roko Puče, says working with the gold leaf is very demanding and requires his full concentration.

“The hood must be turned off, all doors must be closed to prevent drafts, everyone must leave the kitchen except, of course, the person preparing the golden portion. These are such thin and delicate flakes that you literally can’t breathe. It is done with tweezers and a brush made exclusively of camel or squirrel hair,” explained Puče.

“Japan, Korea, Brazil…Croatia, lot of fans in Croatia, and then, of course, the Netherlands,” he said. 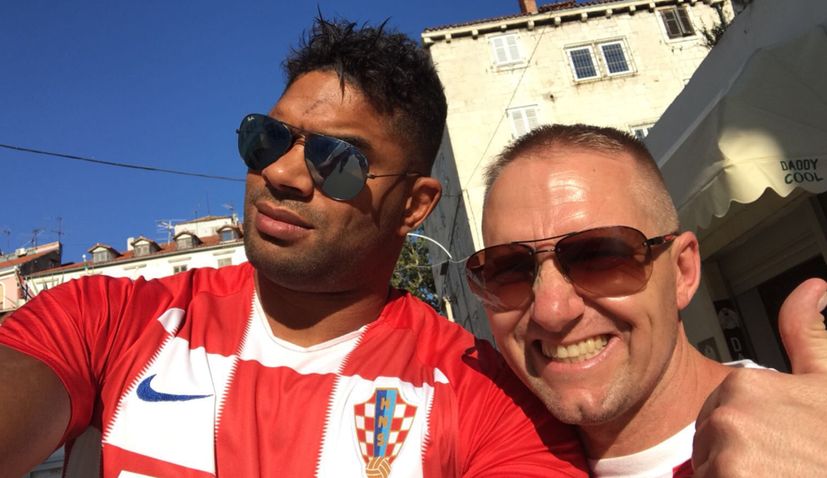 The English-born Dutchman once also said that everywhere he goes he tells people that Croatia is one of the best places in the world.