Croatian champions Dinamo Zagreb have learned their opponents in the group stage of the UEFA Europa League after the draw was made in Monaco on Friday.

Dinamo Zagreb was placed in Pot 3 for the Europa League draw after losing their Champions League playoff to Young Boys.

Dinamo Zagreb has been drawn in Group D with Anderlecht from Belgium, Turkish side Fenerbahçe and Spartak Trnava from Slovakia.

Dinamo will face two members of the Croatia squad in Ivan Santini and Antonio Milić at Anderlecht. Anderlecht is the most successful Belgian football team in European competitions, with five trophies, as well as in the Belgian domestic league, with 34 championship wins. 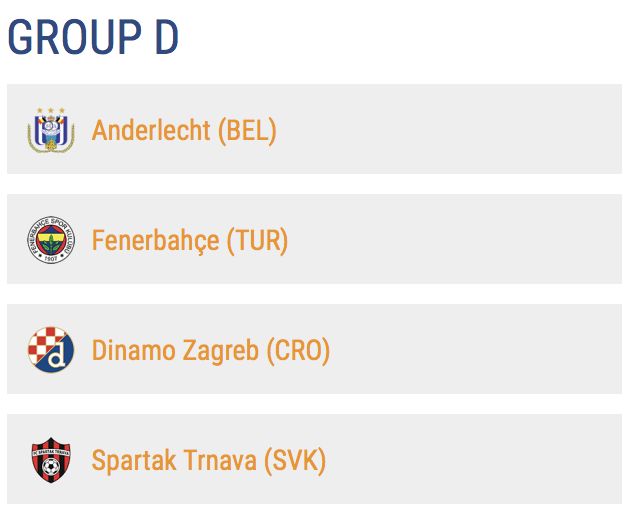