Home » News » U.S. Secretary of State Mike Pompeo and his Croatian hosts to meet in Dubrovnik for talks on F-16, visas 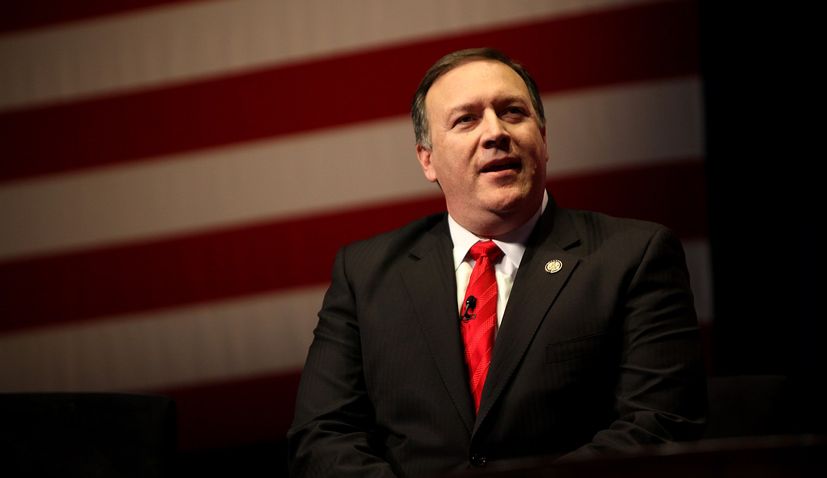 ZAGREB, Oct 1 (Hina) – The U.S. Secretary of State Mike Pompeo will stop in Dubrovnik on Friday as part of his European tour, and he will be received by Croatian Prime Minister Andrej Plenkovic, Foreign and European Affairs Gordan Grlic Radman and a few more senior officials.

The abolishment of visas for the Croatians travelling to the USA, Croatia’s plan to purchase fighter jets, the LNG terminal off Krk, and Croatia’s plans to introduce 5G network are likely to be some of the topics between Pompeo, who is the highest U.S. official to visit Croatia since the start of the Donald Trump presidency in 2016, and his hosts in Dubrovnik.

“The leaders will discuss opportunities for closer cooperation between the United States and Croatia in key areas of mutual concern, including defense cooperation, the growing U.S.-Croatia investment relationship, and Croatia’s strong efforts to advance Western Balkan integration,” reads the statement on the website of the US State Department.

After three decades of unsuccessful attempts to get the visa requirements for Croatian travellers to the USA abolished, Pompeo is expected to announce in Dubrovnik that Croatia has met the last criterion to be added to the Visa Waiver Program (VWP), and that is that refusal rate considering the rejected visa applications has fallen below 3%.

Currently, all but four EU member states are within the VWP. Apart from Croatia, those are Bulgaria, Cyprus and Romania.

The VWP is a programme of the U.S. federal government that allows citizens of specific countries to travel to the United States for tourism, business, or while in transit for up to 90 days without having to obtain a visa.

On Wednesday evening, Foreign Minister Grlic Radman told the HRT broadcaster that he expected a “positive decision” by the USA in the months ahead about waiving visas for Croatian nationals.

“Various bodies in the US decide on that, with support from the American embassy. I think we can expect a positive decision in the months ahead,” the minister said.

U.S. Ambassador to Zagreb, Robert Kohorst, has said recently that he is optimistic about the VWP for Croatia, however, he did not want to specify when the visa requirements could be abolished for the Croatians.

US Ambassador Robert Kohorst said on Wednesday that the aircraft offered by his country was an excellent plane and that his country hoped the procurement process would go in his country’s favour.

When this topic is discussed, it is often mentioned that over recent years, Washington has donated military equipment, estimated at several hundred million dollars, to Croatia.

Croatia’s interdepartmental commission will recommend the best bid by December 12.

Pompeo and Defence Minister Mario Banozic are due to consider this topic.

During his European tour which started on 27 September, Pompeo first visited Greece and then Italy and the Holy See from where he is due to arrive in Dubrovnik.

International media have reported that while in Rome he delivered “warning to Italy over China’s economic influence and 5G.”

Pompeo “described Chinese mobile telecoms technology as a threat to Italy’s national security and the privacy of its citizens,” Reuters reported.

“The United States also urges the Italian government to consider carefully the risks to its national security and the privacy of its citizens presented by technology companies with ties to the Chinese Community Party,” he was quoted as saying.

The USA is seen to be mounting pressure on European countries not to use Huawei technology in the 5G networks.

Croatia plans to develop 5G networks  and the first stage is to introduce this technology in a few cities: Osijek, Bjelovar, Karlovac and Rijeka.

Croatia and China have stepped up their bilateral cooperation over the last few years, and the current biggest infrastructure project in Croatia — the construction of Peljesac Bridge — is being implemented by Chinese builders.

Croatia is one of the members of the China+16 platform for the cooperation between Beijing and central and east European countries.

Therefore, it will be no surprise if Pompeo delivers similar warnings to Croatia as he did to Italy.

The Andrej Plenkovic government on Wednesday launched procedures to conclude the Convention between Croatia and the USA for the avoidance of double taxation and the prevention of fiscal evasion with respect to taxes on income.

This convention is likely to be one of the topics of the Dubrovnik talks.