LONDON, 4 February 2021 – At the beginning of December 2020 Nicholas Frankopan set out with an ambitious goal. He was to row on an ergometer the distance from the Marian Shrine of Trsat to Diocletian’s Palace in Split in Croatia. This was with the aim of raising £10,000 for the Croatian Catholic Mission in London.

Measured at 165 nautical miles the distance between Rijeka and Split is 305,580 metres.  Nicholas completed this mission in 17 days of gruelling 22 ½ hours of rowing in total. All of this in the garden shed of his house in Lockdown London.

Asked about the challenge Nicholas commented, ‘I had to overcome a broken ergo in ‘Senj’ and mild case of tenonitis in ‘Šibenik’, both of which delayed the completion of the challenge.  I was very happy to arrive in the end!’

During the challenge Nicholas sent a ‘postcard’ from each of his ports of call. These included: Kraljevica, Dramalj, Novi Vinodolski, Senj, Lukovo, Prizna, Karlobag, Tribanj, Zadar, Biograd na moru, Murter, Vodice, Šibenik, Primošten, Vinišće and Trogir. All of these showcased the stunning beauty of the Croatian coast. 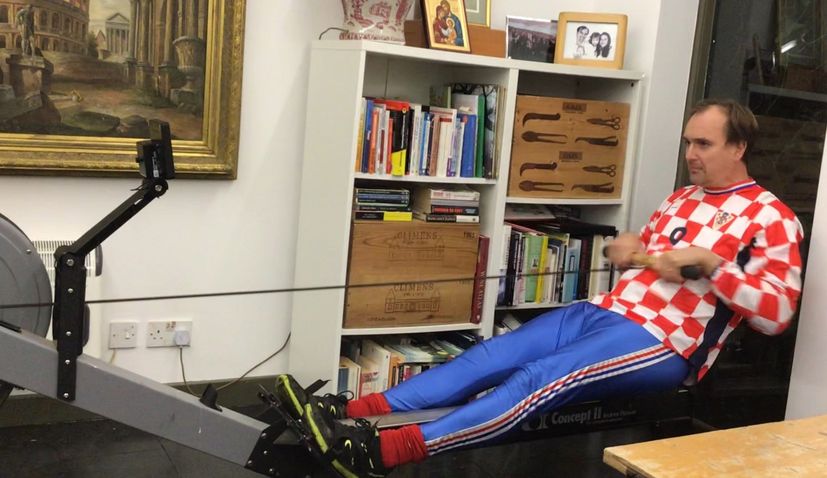 Nicholas Frankopan during his rowathon

As the metres clocked up so did the donations. Over 120 individuals donated 40% from the Croatian community as well as well as a diverse array of other countries such as Belgium, Denmark, France, Germany, Italy, Lebanon, Poland, Russia and the USA.

Yesterday with the goal complete Nicholas Frankopan handed over the cheque to Fra Ljubo Šimonović to the value of £10,250.  Due to Coronavirus regulations the ceremony was a muted affair – by the joy with which the initiative was welcomed by Fra Ljubo was palpable. 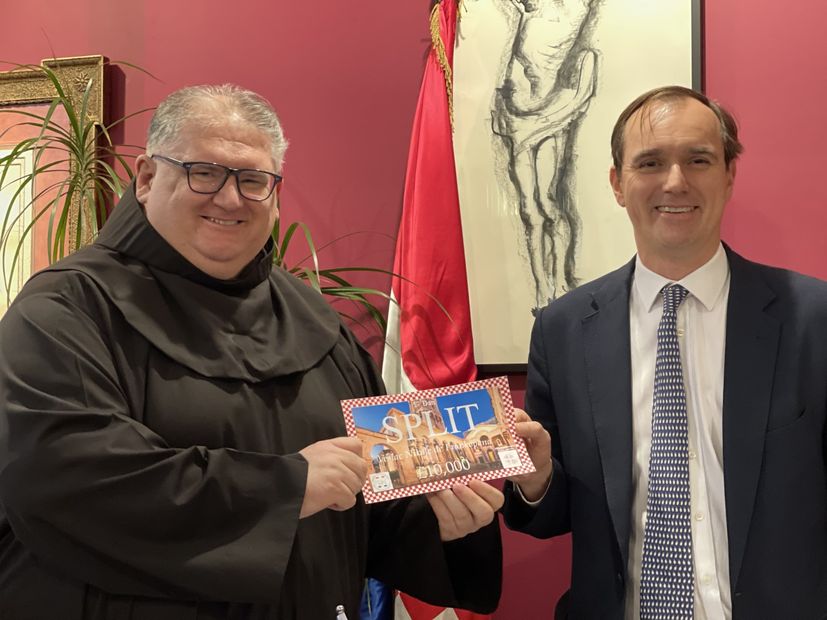 Nicholas Frankopan hands over the cheque to Fra Ljubo Šimonović

Nicholas Frankopan has now turned his attention to the earthquake affected areas of Petrinja and Sisak. The Croatian World Congress (UK) has joined Global Croatia Earthquake Relief as one of the 27 organisations scoping and hoping to help with the situation. ‘We hope to be able to help in the best and most effective way that we can’ said Nicholas Frankopan, ‘we will be announcing our long-term initiatives shortly.’ 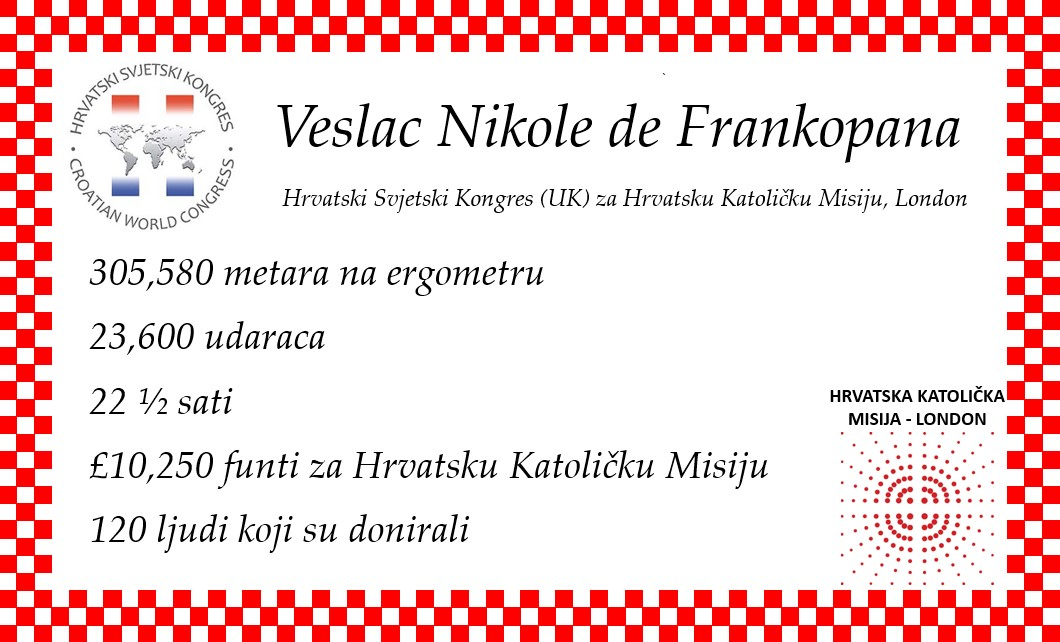 Link to the JustGiving Site: https://www.justgiving.com/crowdfunding/nicholas-frankopan-1