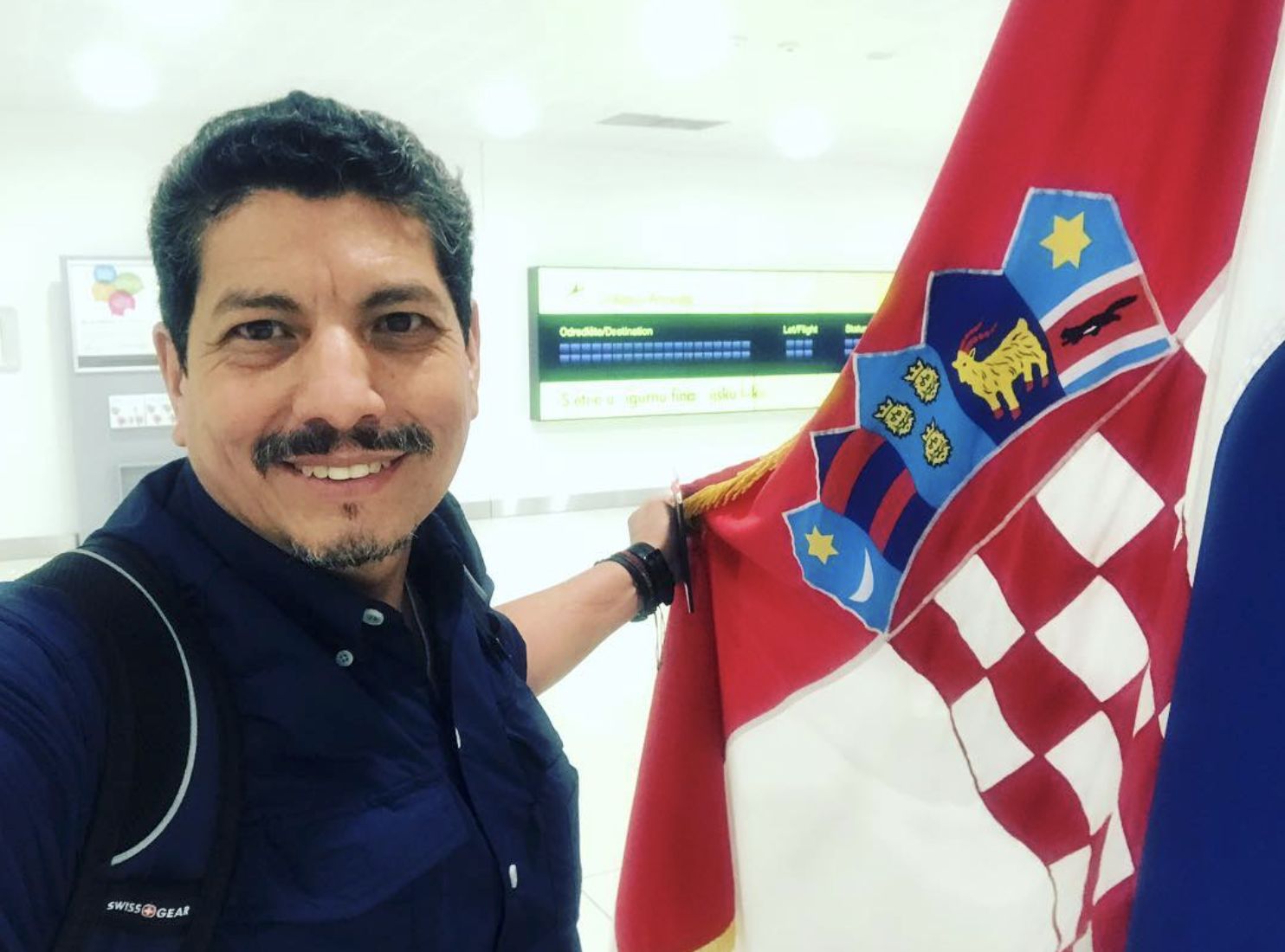 Cortez, the AFP photographer who famously became part of Croatian celebrations after Mandžukić scored the winner against England in extra-time in the World Cup semi-final, has arrived in Croatia after an invite from the Croatian Tourist Board.

Cortez was submerged at the bottom of the Croatian players’ huddle as they joyfully celebrated Mandžukić’s goal. He was eventually helped to his feet by the players and helped with putting his glasses back on his head. He even got a kiss from Domagoj Vida.

Cortez said after the match the felt a bond with the team after the incident and would be supporting them in the final.

The El Salvadorian arrived in Zagreb on Friday just after midday where he will begin his holiday provided by the tourist board.

Cortez and his family will first take in the sights of Zagreb, before heading to visit Dubrovnik, Split, Šibenik, Zadar, Opatija, Rovinj, Pula and either Kornati National Park or Nature Park Telašćica.

Cortez will meet with representatives from the Croatian Tourist Board, Ministry of Tourism and the Croatian Football Federation whilst he is in Opatija.