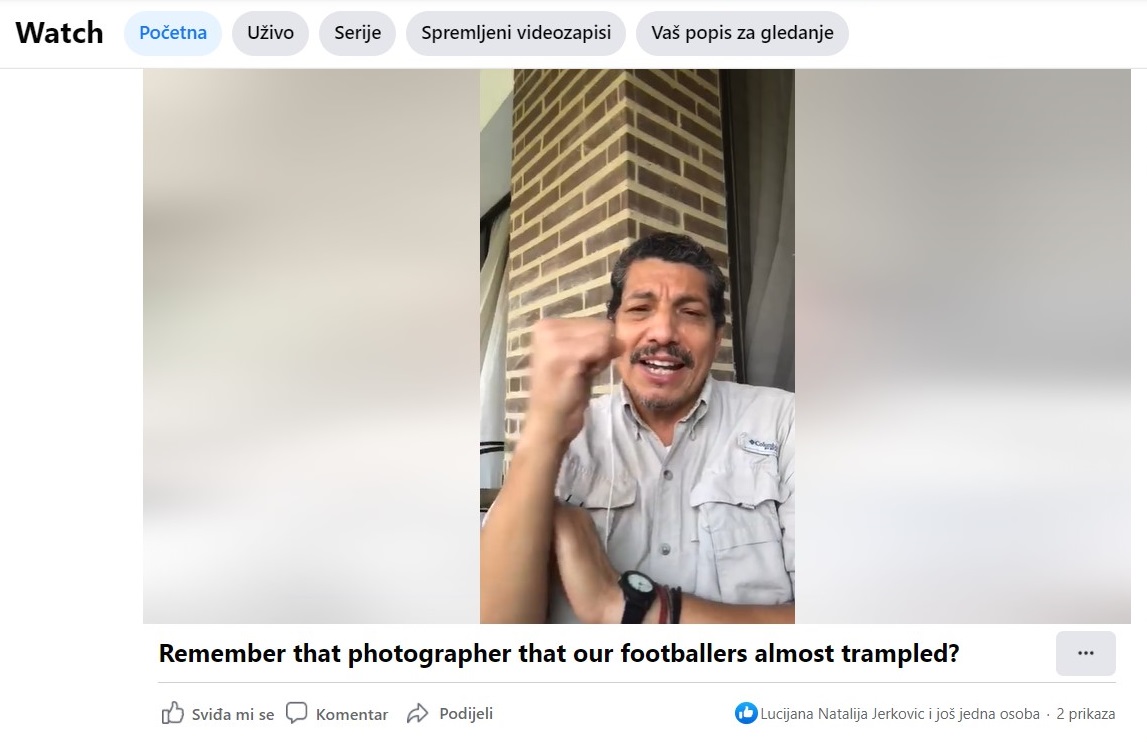 The photographer who captured Mario Mandžukić’s famous goal against England in the semi-final of the 2018 World Cup, and got trampled for his troubles, has sent a special message to the Croatia team ahead of its Euro 2020 clash against England.

Yuri Cortez, the likeable Salvadoran Angence France-Press (AFP), will never forget the 2018 World Cup and with Croatia meeting England again on Sunday, it promoted him to send a message to the Croatian team who he holds dear in his heart.

“Hello dear friends from Croatia! I wish the Croatian national football team good luck at this year’s EURO. While I won’t be there to take amazing photos when you celebrate goals against England, I know you will make me and all your fans from all over the world proud. Let’s go Vatreni! We can do it, you have a lion’s heart, you can do it!, said Cortez, who is a great lover of Croatia. 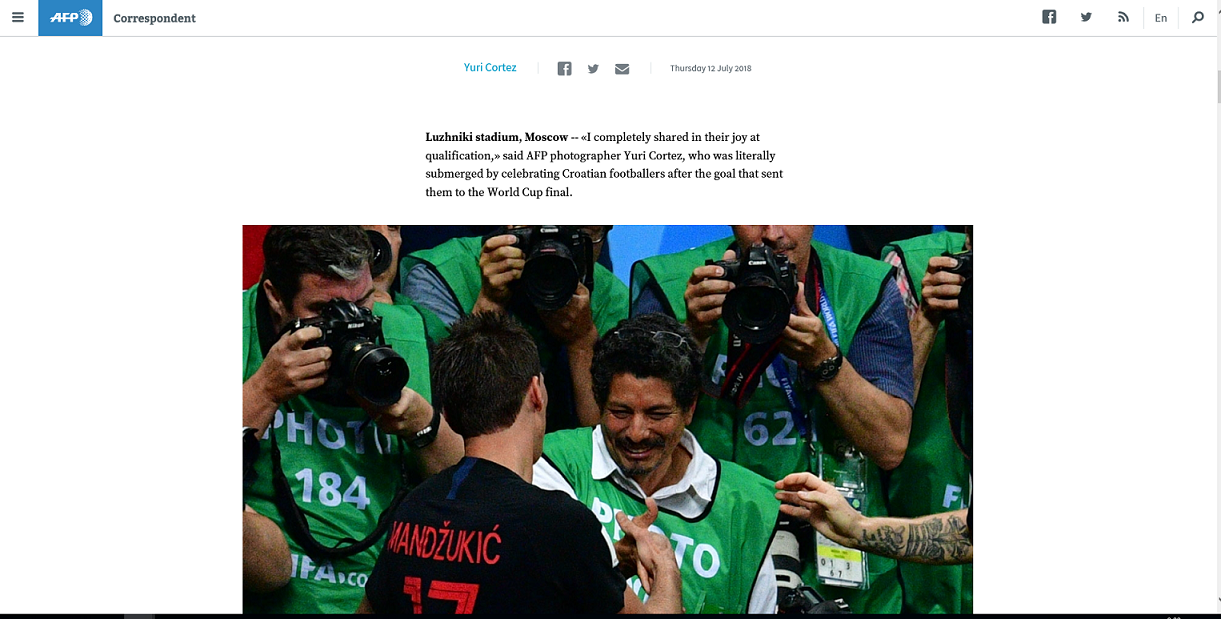 After the famous incident in Russia, the Croatian National Tourist Board contacted Cortez and invited him to visit Croatia together with his family.

Cortez accepted the invitation and on that occasion toured the Croatian coast, from north to south, capturing with his camera numerous natural, cultural and historical motifs, as well as the beauties of Croatian destinations. “Croatia is the most recognisable in the world for tourism and sports. Numerous Croatian athletes have made an immeasurable contribution to the visibility of our country, which I am sure will play a significant role at the European Football Championship,” said the director of the Croatian Tourist Board Kristjan Staničić, adding that the European Football Championship is a great opportunity for additional tourism promotion in Croatia and worldwide.

Yuri Cortez works today in Venezuela as the head of the AFP bureau, the world’s third largest news agency. In his professional career, in addition to sports competitions, he also photographed natural disasters, humanitarian crises, and he went through and recorded scenes of battlefields around the world with his camera.

Check out his message of support below.