Home » Entertainment » Traditional Croatian Tattoos: Should they be for sale for aesthetics? 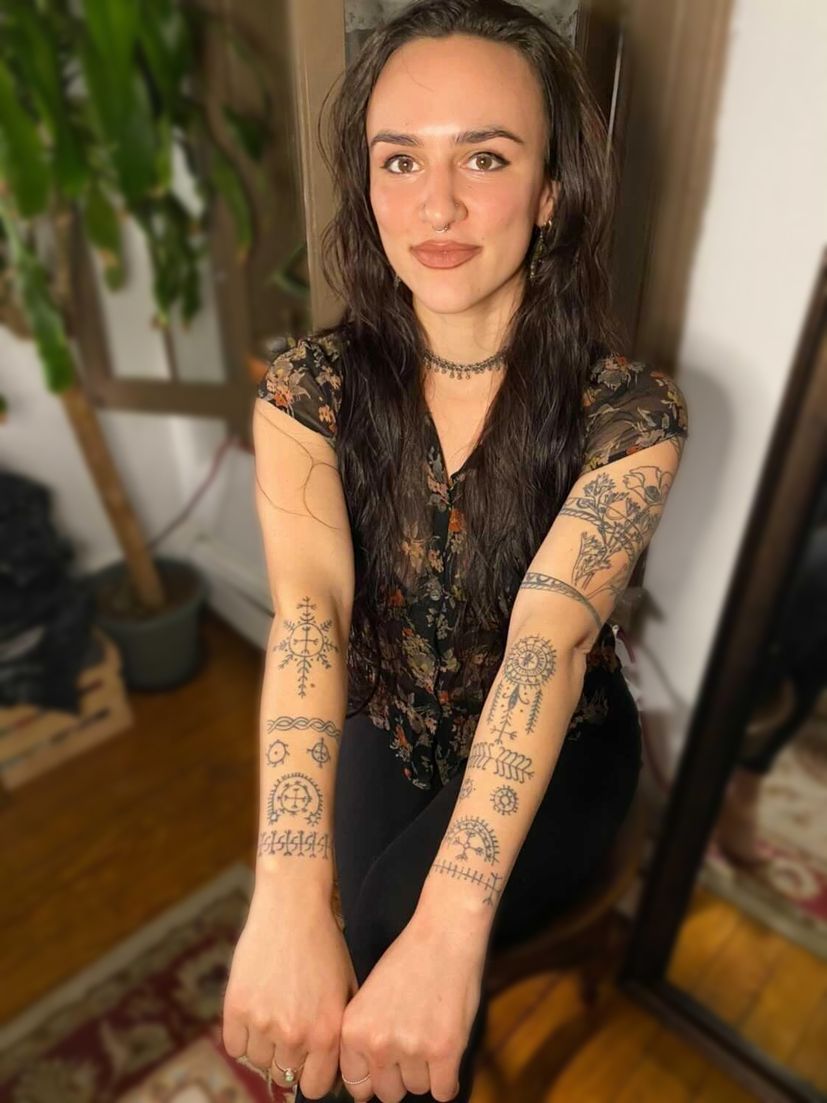 A set of ancient symbols, permanently etched into skin, provided a way for generations of people to hold their ancestors, culture, and history, a tangible memory even when words and oral history would be taken away from them. This is how we remember traditional Croatian and Balkan tattoos most recently, although their history is much more ancient than recent memory serves.

Permanent ethnocultural identity markers made on the skin of young Croat children, mainly girls, to identify and protect. A symbol of beauty but also pain. At their core, these tattoos were used for centuries so that no matter what happened to you or where you were taken, if all else was lost, you would always hold this ancestral memory, and always remember who you were and where you were from.

In Ottoman times, devsirme was a system imposed in the Balkans where young boys were taken away to become slaves to the palace in Istanbul, or soldiers in a branch of the Ottoman army. An extremely small percentage of them would rise through the ranks to high positions in the empire.

A vast majority became servants, often forced eunuchs (a man who has been castrated), or slave warriors. Boys who were taken were never to return home to know their culture, their traditional names and religion stripped from them, a new identity was given in their place. Fear likewise existed that young girls would be taken to become concubines, or just the typical sexual conquest that has come with conquering and imperialism throughout history.

For this reason, girls would often be marked to become unappealing and “unclean” to men outside the culture. There was no chance of a daughter who was raped and lived through sexual violence and coercion to rise through the imperial ranks, only traumatized. Even then, while the slim chances of their son becoming a high-ranking Ottoman officer actually enticed a small number impoverished families, the conditions of the fact that they were oppressed and impoverished, and thus could only hope maybe their boys would be taken away to some better fate, some kind master, was surely devastating. Generations of Balkan families were traumatized by this system of devsirme and cruelties committed by the recent Ottoman, and Austo-Hungarian, empires.

As with other forces that have entered Balkan lands throughout history, the people who entered and their systems were often met with resistance, but all too frequently, eventually, submission. Submission that was followed by eventual erasure of culture, languages, spirituality, and norms. These symbols survived, passed on through the art and life of Balkan people, up to today. From the ancient Vinča script in 6000 BC with identical motifs found in our traditional tattoos, to Illyrian people the Greek historian Strabo wrote about, with their full body tattoos, to Croat, Aromanian, and Albanian peoples of the past couple centuries- these symbols have been carried on as a sign of our identity and our history as far back as we know. 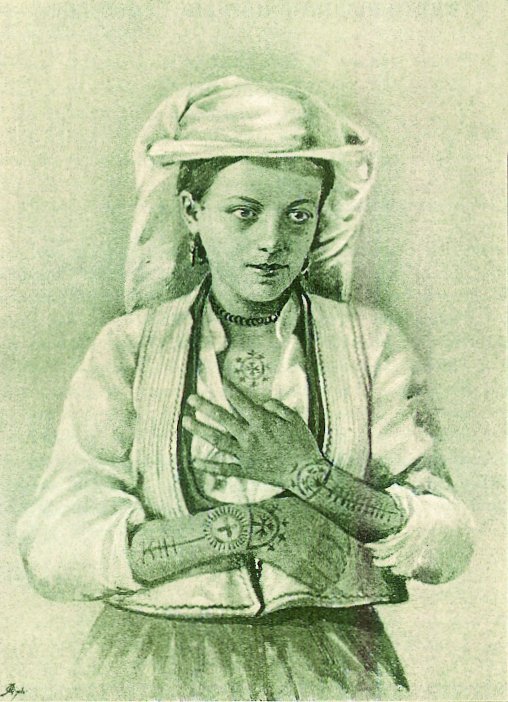 Perhaps that is why, today, many Croat and Balkan people reclaimed this heritage just in time. For me, it is a tangible and daily connection to my heritage. I am a Croat woman, at least as far back as oral history goes (all Balkan people are almost certainly far more ethnically mixed than we know or admit!). As somebody who was born and raised in the United States, whose family were political refugees, I had no choice but to be raised away from the land of my ancestors. I was never cut off from my culture, and it was interlaced with my upbringing, family, life and who I am.

But as somebody who lives and was raised in America, it has been a journey and challenge to stay connected to a homeland my family was ripped away from due to oppressive empires and history. Thus, these tattoos are a method of ethnic reclamation for me. I hope one day to offer these to my children when they are becoming adults, as a permanent link to their culture no matter what they do or where life takes them. Especially as a family of the Croatian diaspora, which experienced trauma of poverty, war, and even concentration camps, and all the fallout of those things, connecting to my culture grounds me and connects me to my family, my ancestors and myself in a way that is sometimes difficult to do otherwise.

So now that they are becoming popular tribal symbols for Croat and Balkan peoples to reclaim, as beautiful as these symbols are, should they be for sale for their aesthetic? As we have begun to reclaim these symbols, so the Western ornamental tattoo world has taken interest in them, a passing fad as many others, to mishmash into other cultural and ornamental designs for sale. Many tattooers, and those outside of the culture desiring these tattoos, claim that after all, all heritage was once shared by everyone in some long-lost past, and that it ought to be universal.

They claim they are preserving our culture for us, as if we no longer exist. In a world where there was not oppression, imperialism, cultural homogenization, and cultural erasure, this “shared heritage” concept might work. But in the age of global homogenization, where suddenly our regional cultures are dying out as generations must leave not for fun but for survival, our culture is instead taken up by the West and spit out into something new, trendy, and marketable, marking no longer Croat and Balkan people, but rather anyone with enough money for a “cute tribal design”. So what of our ethnocultural heritage, and how do we respectfully preserve it?

To preserve and respect our ethnocultural markers, the distinction must be made that like any cultural tribal tattoo:

1. To respect the very nature of these tattoos, non-Balkan people should not get these tattoos unless a Balkan artist or loved one initiates the offer to them as a sign of love and welcoming into our culture. If this has not happened, there are so many other beautiful patterns (even within Balkan culture) which are not explicit ethnocultural markers, that you can become inspired by for a tattoo. You may still respectfully appreciate these markers by learning about our history, supporting Balkan and Croat artists and authors, and drawing and becoming inspired by them.

2. Ethical non-Balkan artists should flat out not give these for money, unless a Balkan person is commissioning them. Instead, get inspired by these tattoos and make work that is originally your own and not done in the direct and explicit ancestral style. ALWAYS give ample credit for any inspiration and get to know Balkan artists and people. There are millions of beautiful patterns and symbols for you to avail yourself of which are inspired by nature and geometry, which are not ethnocultural.

3. For Balkan artists, while the culture belongs to all of us, and not only one, we should respect each other’s culture and preserve it for each other by not marketing these on flyers and flash sheets (flash sheets are basically flyers where tattoo artist show designs which are available for anyone to get) for sale to anyone who will pay. And speak up about non-Balkan artists who are advertising/marketing our symbols in their work and flash sheets.

4. For non-Balkan artists who refuse to stop getting or giving these tattoos, for this is not a law, but a suggestion and plea for respect of the culture you’re admiring, the very least you can do is find ways to engage with and give back to the Balkan community, instead of only taking from it.

Surely, the lure of money is a potent inspiration to forget that these are our sacred, ancient ethnocultural markers, but Balkan and non-Balkan tattoo artists alike should take a second thought as to who they are giving these tattoos to, and if they are turning our hard-won culture into a commodity to anyone with a dollar to spare.

The harmful part about even Balkan artists selling them to non-Balkan people is A) they sell out a cultural symbol for money. It’s not some food, pottery, herbal product, or music, etc, made for sharing and impermanent in a sense. It is literally an ethnic identifier and protection, an ornament of our people, worn on the body forever; and B) many Western European and American tattoo artists will follow suit- if they see a Balkan tattoo artist putting these on flash sheets for anyone as if they are commodities, they will follow the same trends, doing our traditional tattoos on other non-Balkan people not for love or cultural respect, but for money.

I believe culture is a potent magic- the result of centuries and millennia of love, sadness, families, music and dance, tragedy, art and beauty, oppression and trauma, but above all, of survival and the human spirit.  I value my culture highly for this reason, and keep it like a gift which I hope to continue passing on, a shared secret on how to not only live life, but learn to thrive and love in the face of our hardest moments and deepest sadness. 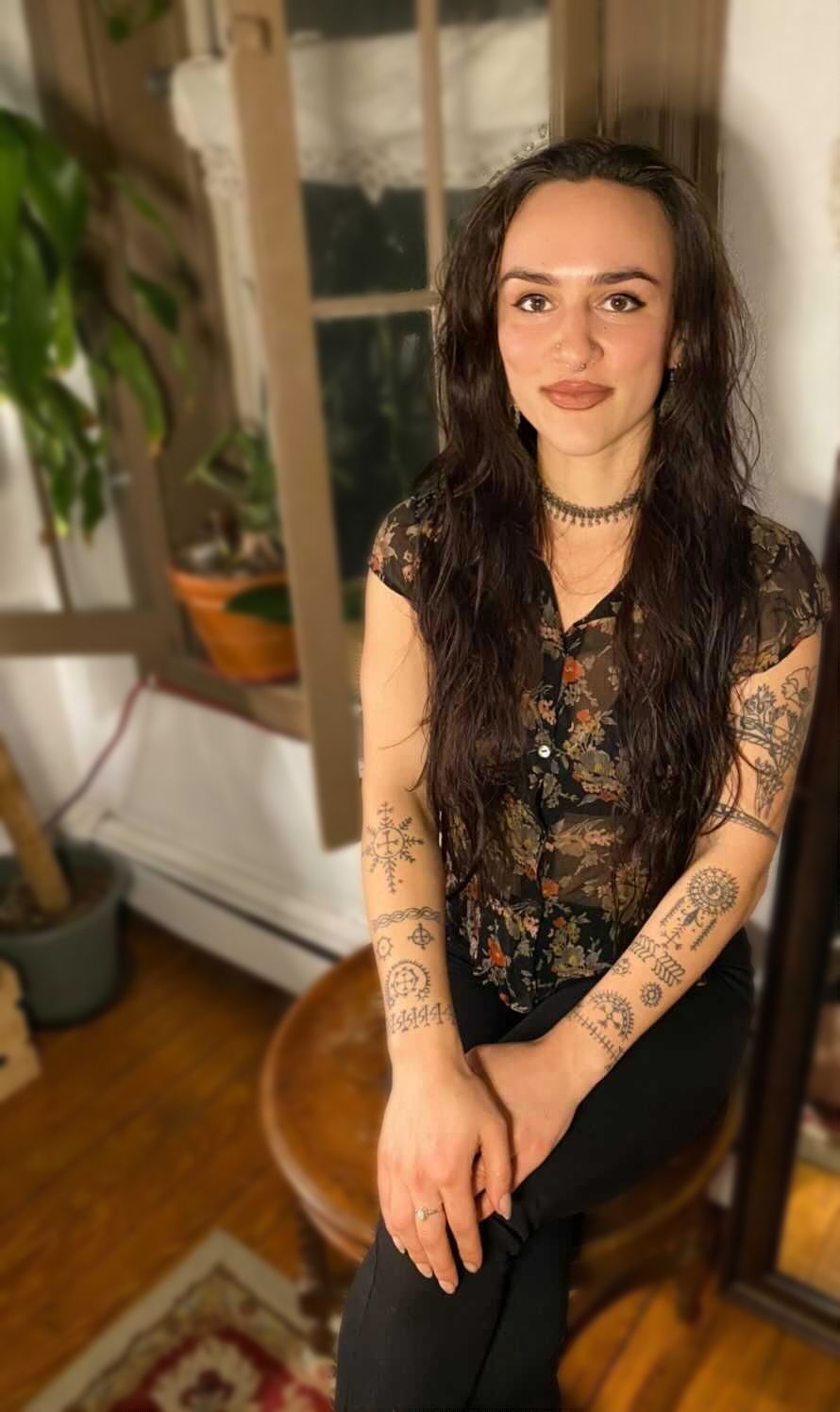 Not only do I value what has been passed on to me and what I have continued learning on my own, I value my ability to add to and grow my culture, to constantly explore its depths, keep what is positive and healthy for us as people, and work to undo the trauma and negative sides of it. Balkan culture is beautiful, and hardly a monolith.

We are the most vast and intricate mosaic one could find, of tens upon hundreds of civilizations, ethnicities, tribes, and religions, united by one thing, their love for their homelands, their love and passion for life despite the greatest odds, and their love for their culture. And I send love, encouragement, and a desire to learn and listen from all the other peoples, groups and cultures the world over- your culture is not mine, mine is not yours. But we have the beautiful ability to coexist, respect, and encourage all our brothers and sisters to steep themselves deeply in the traditions that make them feel seen, held, worthy and belonging.