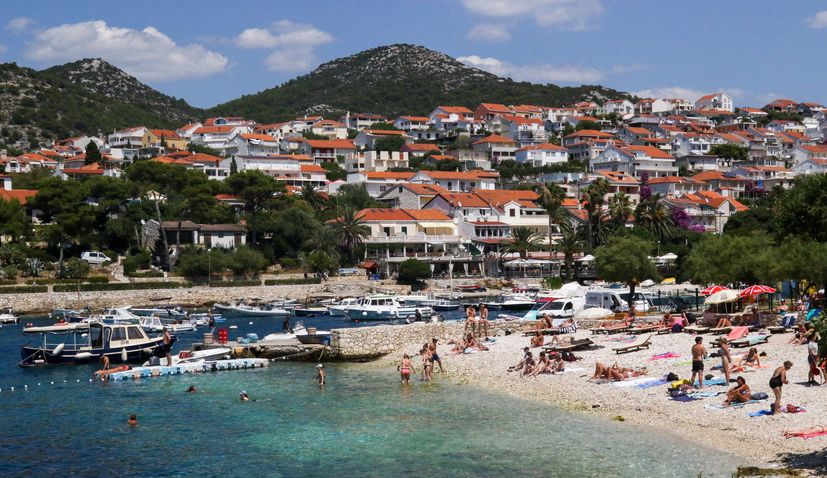 ZAGREB, Oct 10 (Hina) – Tourists vacationing in Croatia in 2019 spent a daily average of €98 per person and per overnight stay, with the amount being slightly higher in the continental part of the country, €115, and a little lower on the coast, €97, shows a survey conducted by the Institute of Tourism.

The survey, which has been conducted for 30 years and is one of the oldest in Europe, covered close to 14,000 respondents, domestic as well as foreign, coming from 24 markets, who stayed at least one night in hotels, hostels, at camping sites or in private accommodation facilities in 143 places across Croatia.

This is the first time the survey, conducted with the support of Tourism and Sports Ministry, also covered visitors to the continental part of Croatia. Due to the coronavirus pandemic, it was completed sooner than planned, in March instead of May.

In 2019, the record year for the Croatian tourism industry in terms of the number of arrivals and overnight stays, the average consumption of tourists vacationing on the coast was around 18% higher than in the summer of 2017 and they were slightly more satisfied with tourist services. As continental tourism was included in the survey for the first time, it was not possible to make a comparison of most of those data or overall indicators.

Even though average daily consumption in coastal destinations was €97 and in the continental part of the country €115 per person, the Institute of Tourism says that there are no significant differences in the structure of average daily expenses in the two regions.

Hotel guests spend the most on average, €142, followed by guests in family-run accommodation facilities, €88, guests in hostels, €78, and tourists staying at camping sites, €68.

Tourists spent a minimum of €67 per day, as spent by visitors from Bosnia and Herzegovina, and a maximum of €206, which is how much Japanese tourists spent per day on average.

Average visitor aged 43, half have monthly income of more than €3,000

The survey also shows that the average age of visitors is 43, that 55% of them are aged 30-49, and that 43% have a university degree while almost half have a monthly household income of more than €3,000.

The most frequently cited motives for visiting the Croatian Adriatic were sea and nature (81% and 56% respectively), city break (24%), touring (21%), sport and recreation (15%), culture and art (13%) and gastronomy, entertainment and festivals (7% and 6% respectively).

The Internet was the main source of information on destinations for 55% of the respondents, followed by recommendations by family members and friends. Most of the foreign visitors to the coast, 43%, arrived, as before, with their families, and 40% with their partners.

Interestingly, close to 40% of visitors to the continental part of the country arrived alone, 32% were with their partners, 16% with their friends, and only 14% with their families.

Visitors covered by the survey were satisfied the most with individual tourist services and natural and local attractions, as well as personal safety, atmosphere and the hospitality of local residents, and they were also very satisfied with the overall quality of their stay.

They also gave high marks for the cleanliness of the place they stayed in and of the beaches in the entire country, as well as for accommodation facilities, ecological preservation and transport accessibility as well as opportunities for destination exploration, walking, gastronomy, children-friendly conditions, and culture and art.

Nonetheless, they said they would prefer more entertainment, better conditions for persons with disabilities and more cycling routes in the continental part of the country. As regards the coast, they were least satisfied with local traffic, as well as with the lack of entertainment possibilities, the level of adaptation to persons with disabilities and insufficient shopping possibilities. Some also complained about crowding, garbage that has been inappropriately disposed of and the absence of waste sorting.