For a number of the years the Croatian football team have relied on talent from Croatia’s large diaspora. The Kovač brothers from Germany, Josip Šimunić from Australia and Ivan Rakitić from Switzerland to name a few.

The Croatian women’s team are no different. 23-year-old Helenna Hercigonja-Moulton, who was born in Los Angeles and raised in Miami, is the latest to don the red and white checkers.

We caught up with the impressive defender to talk about her upbringing, her move to Croatia and the state of women’s football in the country.

Helenna, tell us about your background.

My mother is Croatian, she was born and raised in Čakovec, and my father is Jamaican. I mostly grew up in the United States of America and only traveled for the holidays to either Jamaica or Croatia. As Jamaica was much closer I spent more time there than I did in Croatia, but my parents made sure that I spent time with family in both countries nonetheless. 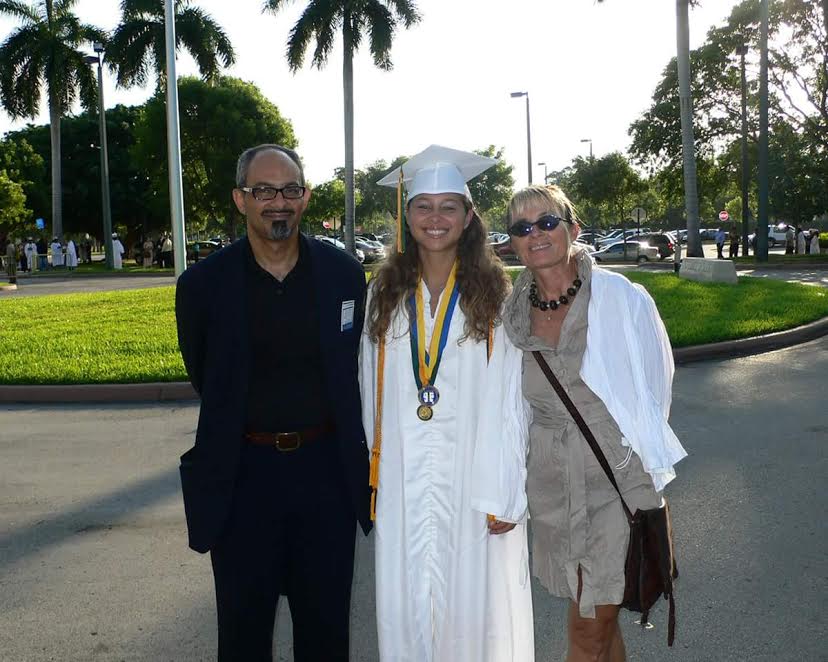 Did you speak Croatian growing up?

My mother spoke Croatian to me when i was younger, so I have her to thank for the fact that I am bilingual, otherwise it would have been much harder to learn the language.

When did you first start playing football and who are your favourite players?

I started playing soccer when I was about 5 years old for a local team called the “Chasers” while I was living in Raleigh, North Carolina at the time. When I moved to Miami I played for Kendall Soccer Coalition, which was where I began playing competitively. My favourite players are Luka Modric and Carly Lloyd. 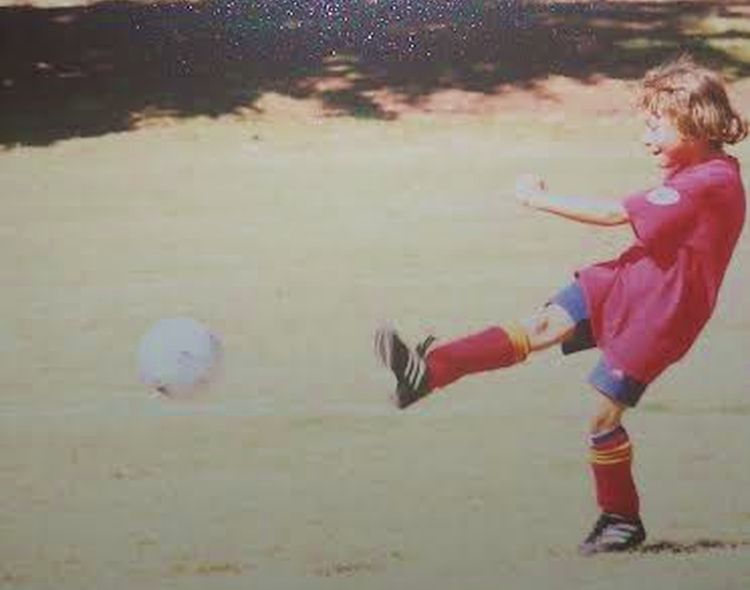 Early start with a ball

In your teens you got selected to play for the Croatian youth team after impressing at a trial in Croatia. Was it a hard decision to make the move over to live?

I moved to Croatia when I was 18 years old right after finishing high school at Miami Killian Senior High. I had been travelling back and forth for 2 years to Croatia to play official games with the U-19 national team and then my mom actually gave me the idea that I could try living in Croatia for a longer period. At first I rejected the idea saying that I was going to focus on finding a good university in the USA to attend.

However, I had a hard time deciding on a university to attend based on academic and soccer programs and then all of a sudden the idea of moving to Europe didn’t seem so bad. It was something that no one I knew had done, and also an experience that I could possibly never get the chance to do ever again. So I took the leap. I stopped applying to American colleges and began making plans to move to Croatia for the adventure and experience.

Whilst in Croatia Helenna stepped up from U-19 to the senior Croatia national team, being capped over 20 times. During her first 3 years in Zagreb she also played ZNK Dinamo Maksimir, and began playing futsal for MNK Alumnus.

How did you settle in to life in Zagreb?

Upon my arrival I applied to the University of Zagreb’s Faculty of Political Science where I finished my Bachelor’s studies in Journalism and Public Relations. University was where I really learned Croatian, I was forced to hasten my comprehension, writing and speaking skills in order to keep up in class and complete all of the required assignments.

Zagreb is a city with a lot of variety. It is not as big of a melting pot of Miami where I grew up, but still a melting pot nonetheless. I really enjoy living in Zagreb because it is a big enough city where there is always some kind of activity but also small enough that you can get from one side to the other within an hour, so nothing is really too far. People travel from all over the world to see Zagreb and Croatia’s beautiful coastline. 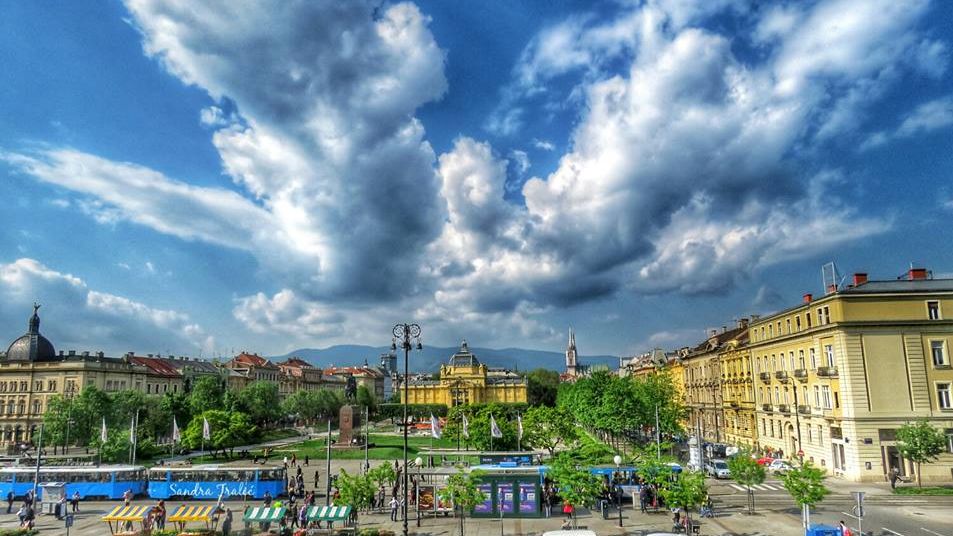 The climate is manageable as well, summers are moderate and winter’s aren’t too cold either. My favorite thing about winter is the Advent in Zagreb which was awarded best advent of 2015 and it really gives me the jolly Christmas spirit to walk around the city in December.

Croatia is a traditional country and one of their traditional views is that soccer is a male sport. Although that is slowly changing it still keeps Croatia far behind the global norm in regards to popularity and even investments into women’s soccer.

In the countries that have thoroughly invested into women’s soccer it has prospered, including Germany, France, Sweden, Austria, Poland and Switzerland. Those countries also have highly competitive leagues. Balkan leagues are mostly consisted of one largely dominant team and another nine that are far behind in quality.

This is also slowly changing as the idea of women’s soccer and equality becomes normalized throughout the world, however it is a slow process nonetheless.

The biggest obstacles for women’s soccer in Croatia are equal media coverage, popularity and support from the general public, corruption within soccer clubs and institutions, and lack of quality coaches or leaders and investments. Although that sounds like a lot, defeating these obstacles could be achieved one by one if enough good people contribute to the cause.

One big thing that the US did to secure equality was title 9, which demanded that there be a women’s sport for every man’s sport in each university within the country. Sports in general are connected to University and college studies however, which isn’t the case in Europe where clubs fight to finance themselves or find sponsorship money for outside investors or the state.

Helenna, who has had stints playing in Canada for Nepean Hotspurs and in Poland KKPK Medyk Konin, is still based in Zagreb and is currently playing for Slovenian club ZNK Teleing GMT Beltinci.

“I plan to keep contributing to the development of women’s soccer in Croatia because it is overlooked and underappreciated.”

What do you miss from home?

One thing I miss about the United States, other than my friends and family being much closer, is the convenience of living. Stores that are open 24 hours a day so that in any situation you can find a place to eat or to shop. In Europe they respect people’s free time a bit more so one thing I had to get used to was stores with shorter working hours and the ones that are closed on Sunday. 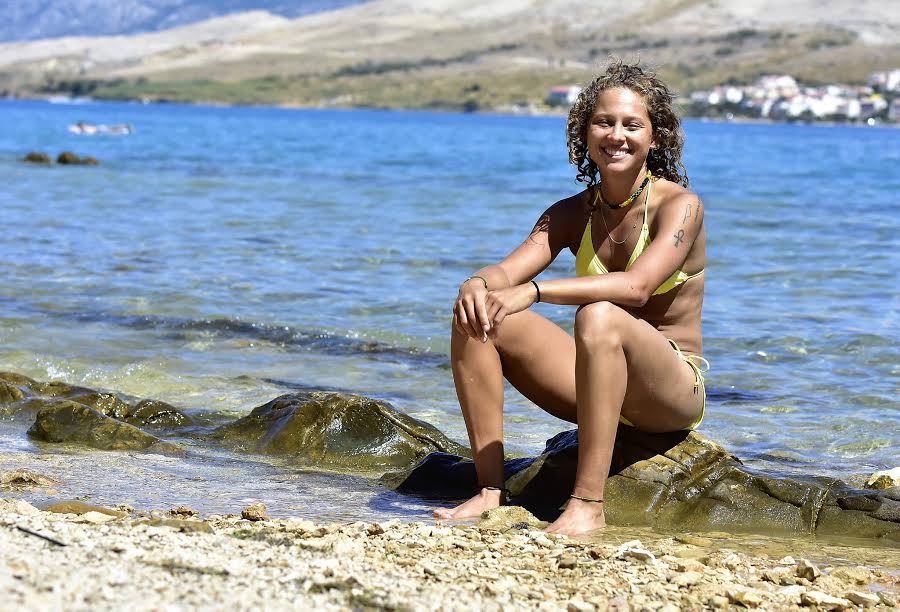 Do you have any plans of what you would like to achieve?

My plans are just to be the best person I can be and continue coaching and doing what I enjoy, contribute to women’s soccer to hopefully make it better for little girls in Croatia and then just see where else life takes me. I’m not worried. In five years I would hope that there is an academy set up in Zagreb where girls can play and develop their skill s while having fun and this will contribute to the traditional mindset that soccer is not a sport for girls because there will be a lot of them playing. 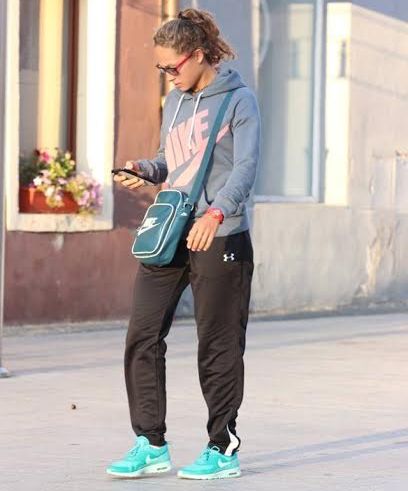 After that I hope that the level of women’s soccer will also increase because there will be more girls that were taught vital skills before the age of 12. My biggest hope for the next 5 years, which is something I have less control over, is that Croatia’s government and institutions will fairly regulate women’s soccer clubs and also invest into it even more to raise the level.