Home » News » The Split Express launches: the fastest way to get to adventure 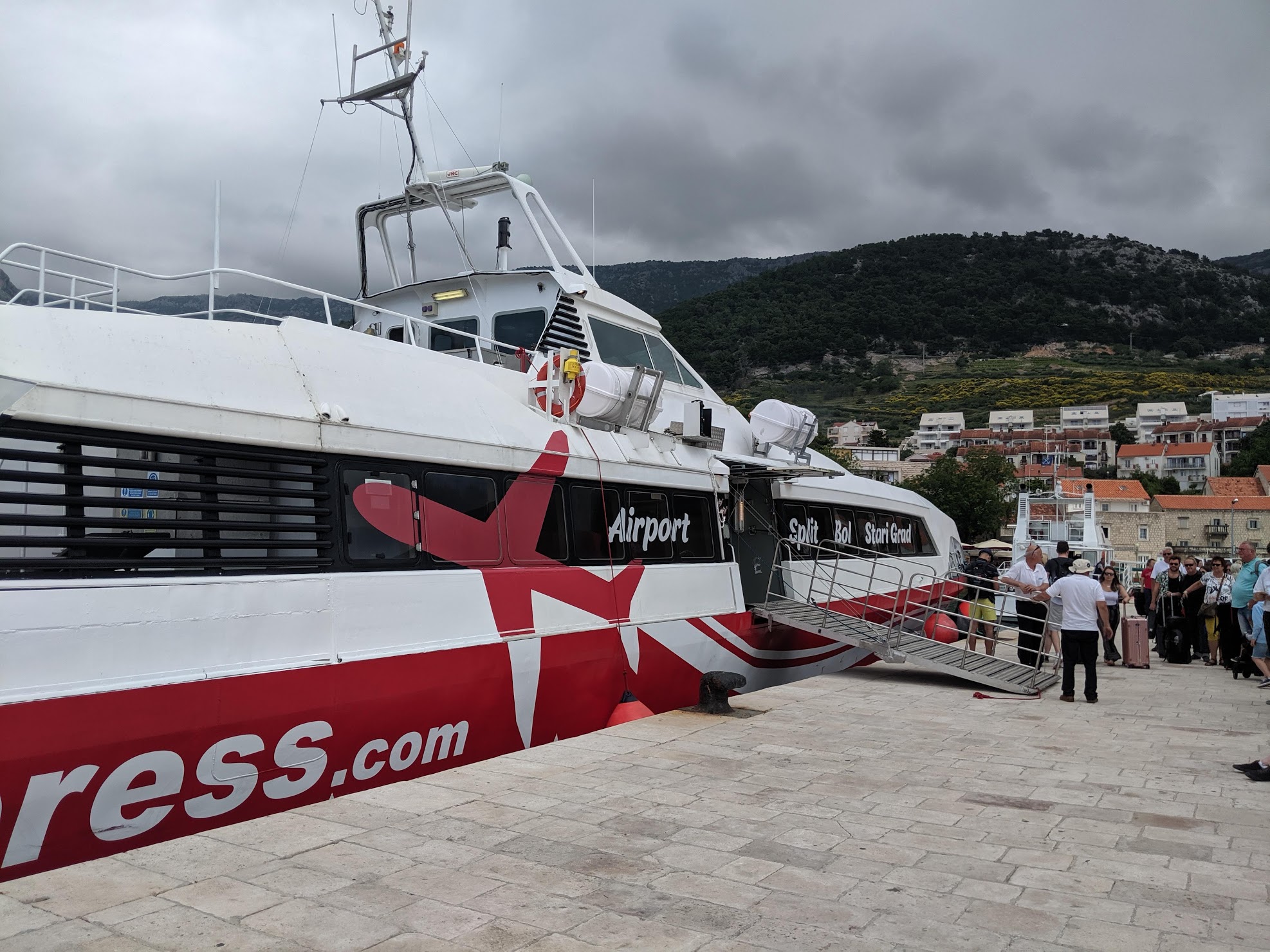 As an American who recently left the US and travels the world six weeks at a time, it’s always a nice experience when I find a way to adventure quickly and affordably. Sometimes ferries can be tedious with the too-many options of slips, routes and carriers, but the recently launched Split Express made my first visit to the island of Brač a great experience.

I have been staying in Kastel Kambelovac, one of the seven “Kastels” north of Split, so I decided that leaving from the Split Airport ferry dock would be closer and more convenient than going into town. Which it was, in spades.

The Split Airport ferry is just one dock and easily accessible from Trogir to the north or Split to the south. The line 37 bus traverses that entire route and the bus stop is directly in front of the airport while the ferry is the opposite direction, about a 15-minute walk. 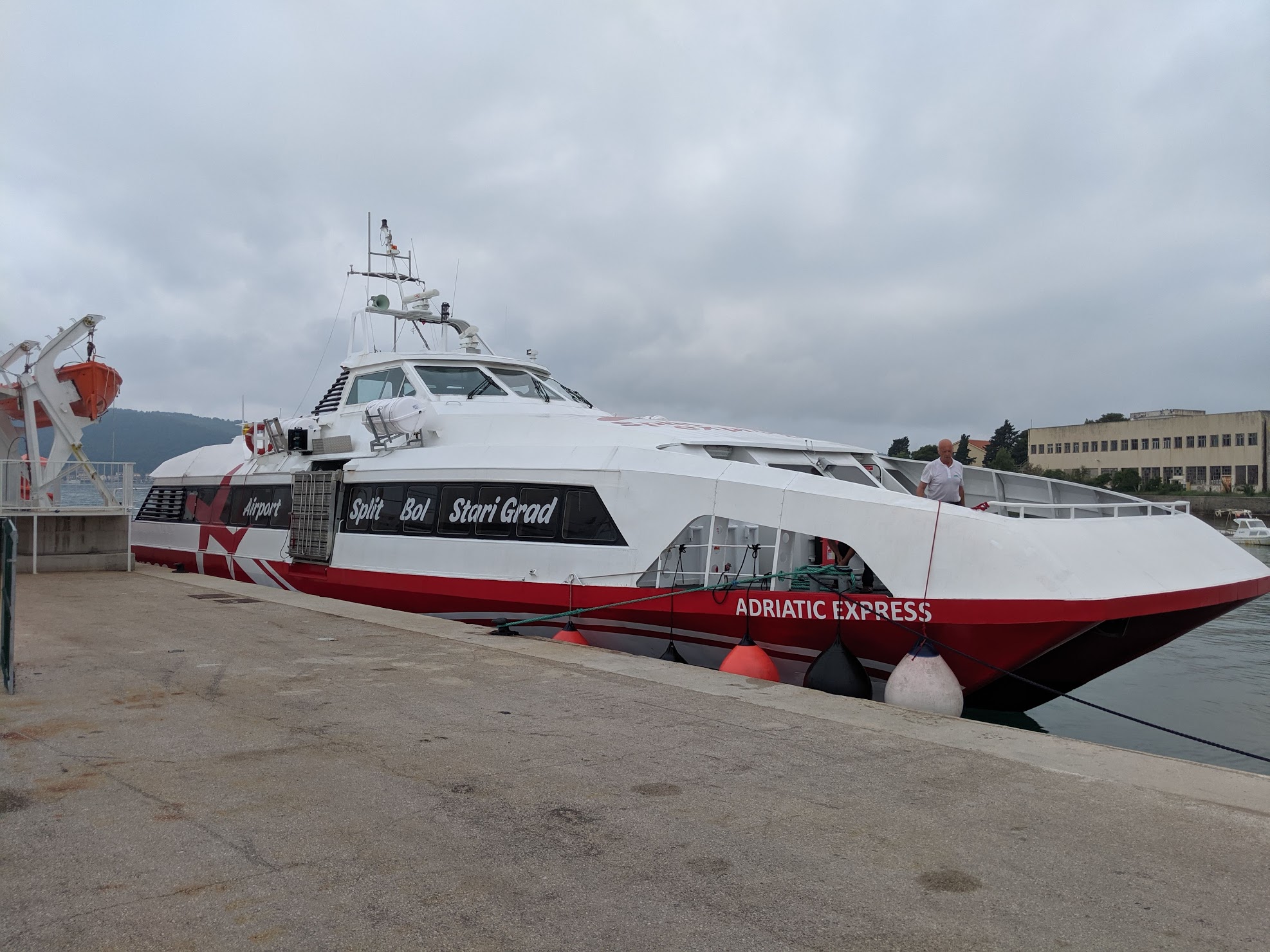 This ferry recently launched on June 1 and you can depart from Split Airport or the main ferry dock in Split town. The downside (or upside) by leaving from the airport is that you need to incur the 20 minute or so journey into town. It’s a pleasant ride and the price is the same leaving from either location.

The ferry destinations from Split are limited but for most people, including me, exactly the choices I wanted.

As a new Croatia visitor the two islands I hear the most about were Hvar and Brač. After reading up on the differences I opted for Bol, on Brač, since it appeared to be less crowded, less trendy and just as beautiful as Hvar. The ride from Split town to Bol took just under one hour and if we wanted to go to Stari Grad on Hvar instead, it would have been another 15 minutes or so.

The ferry was plush with great seats and the visibility was as good as anything you would expect on a short haul ferry. 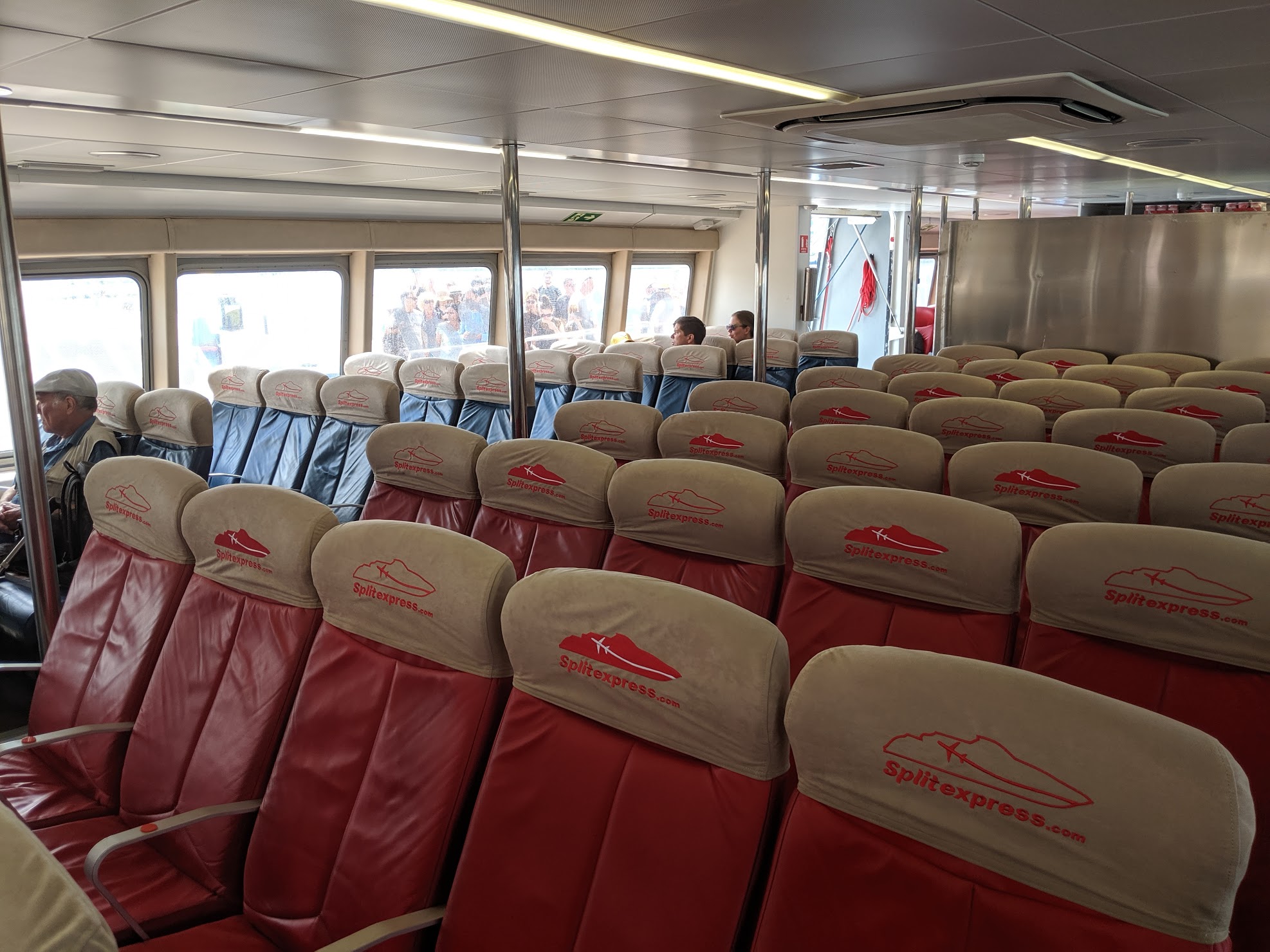 Until 2016 I had never been to Europe, but when I visualized what a “Mediterranean village” might look like, it would look like Bol. Cute, with an abundance of shopping and restaurant choices, but neither overcame the charm of the city. The weather was perfect, and it appears that the excessively wet and overcast pre-summer coolness are finally gone! I have been in Croatia since May 15 and it has been dreary 75 percent of those days!

The first stop we made, and the one that many make, is to visit the Golden Horn; Zlatni Rat beach. This pointed strip of beach which juts out to the Adriatic Sea, has sand on both sides which makes for a compelling and unique photo op. The beach, just two kilometers west of downtown Bol, is an easy walk, but an even easier scooter ride, which we rented for the six hours we spent on the island. Parking was 20 kunas, the bike was in a secure spot, so down to the beach we hiked. Along the way the full top side view can be seen from the trees, which is probably the best visual you can get short of using a drone or being in a plane. 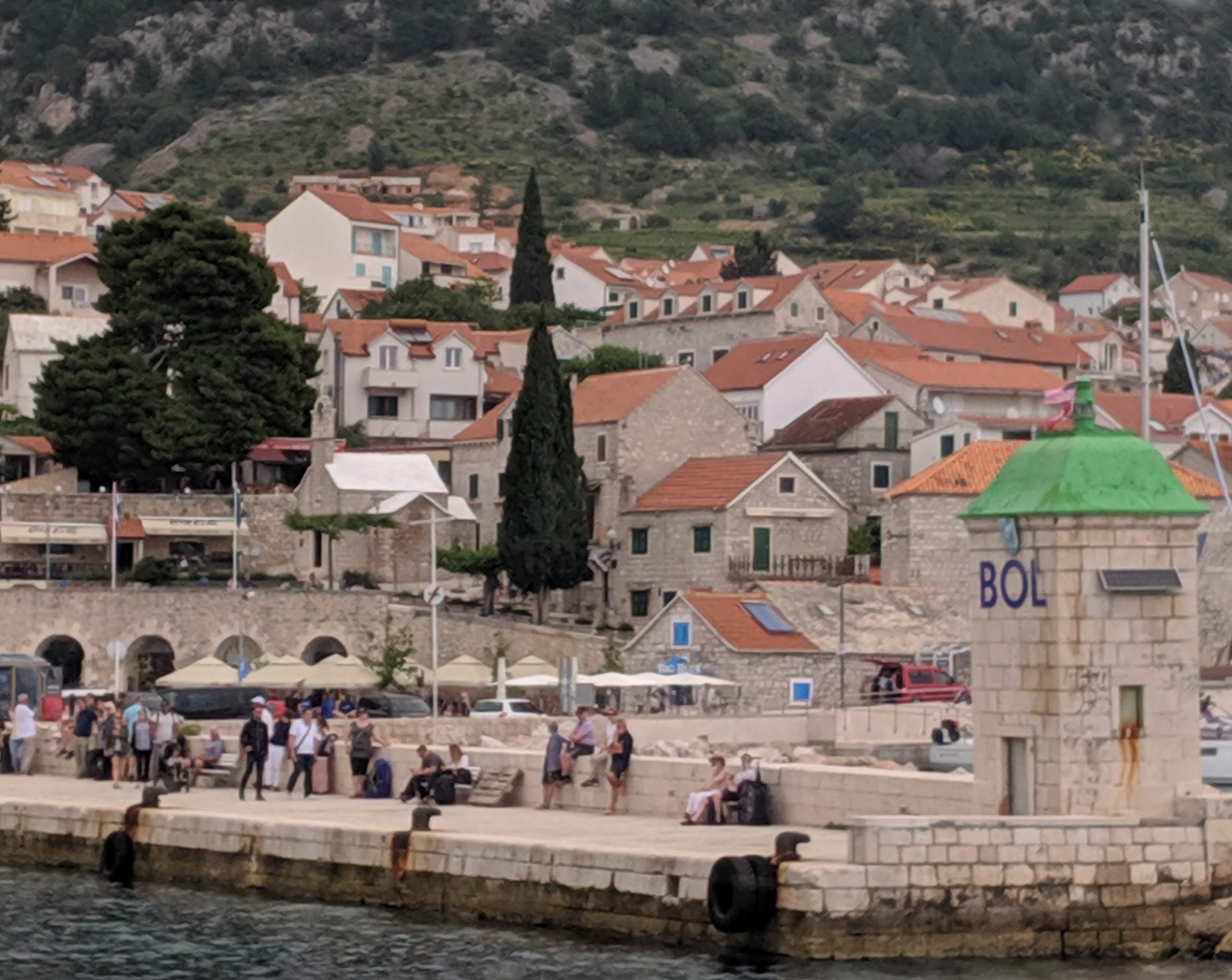 The water, as you would expect, was amazingly clear but still on the cold side. Even so, how could we not make the plunge? On the northern side of the point is a sectioned off area to the right of a large stand up sign; that was the clothing optional side, always a personal favorite.  One of the things I love about Croatia and Europe in general is the laissez-faire attitude about nudity and sex.  Nude beaches in America are usually hidden away and covert, tinged with a bit of guilt for getting away with it.

The one thing that I am not a fan of, however, is the pebbly beaches on Brac and entire coast I have seen so far. I was a Californian for forty years, the land of soft sand, so that is one of the things that takes getting used to. The rocky beachfront area is an acquired taste which I am still working on. 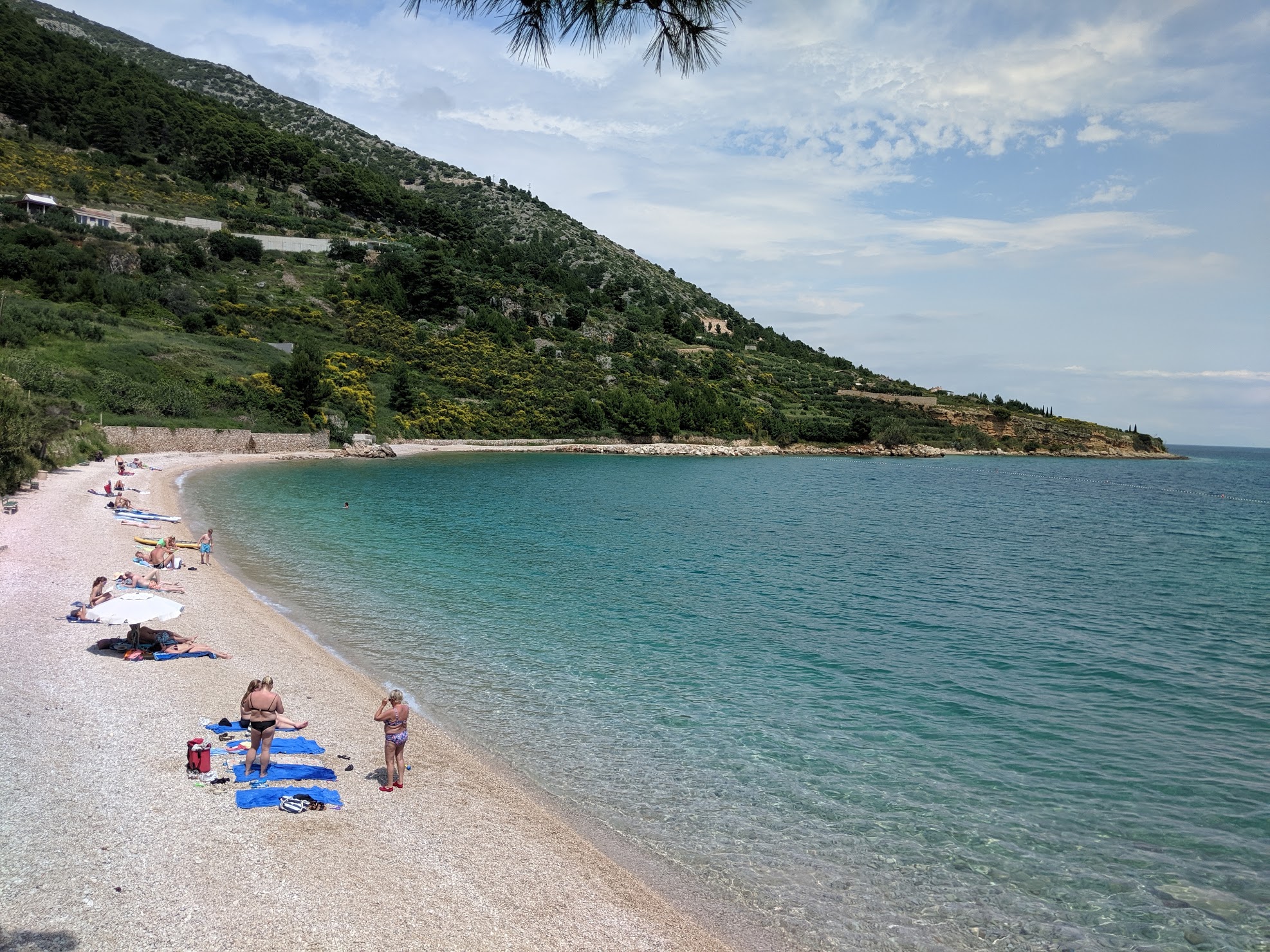 After a few hours at Golden Horn it was time to get back on our two wheels and see what the island offered, so off we went to the north as far as the road took us, which ended in Murvica.

Going the opposite direction took to us to a lovely lunch spot at one of the nicest hotel locations, Hotel Bastina Sveti Kriz Bol. After enjoying more sun, some sausage and pomme frites and a beer we opted for the highlands and went up the grade towards Supetar. 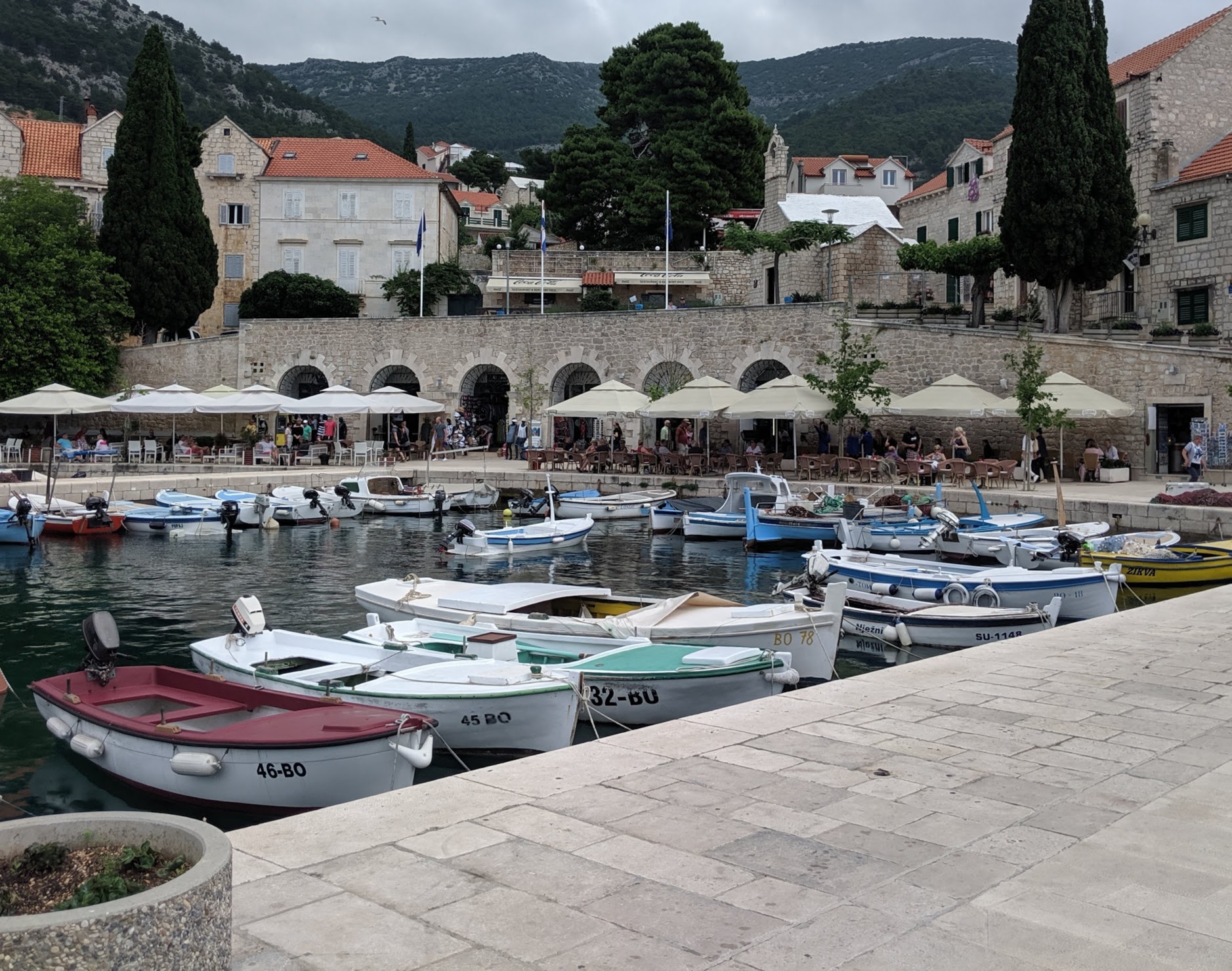 No surprise, the views were spectacular, but ominous clouds (and a timetable to return for our ferry) forced us to cut the journey short.

We give high marks to Rental Brac Rentamotorino where we rented the 125 cc scooter for six hours. The price was 280 kunas, a fair price for the afternoon and the staff there gets praise for dealing with a non-stop crowd of those wishing to rent. Mostly American, mostly under age 25 and most wanting a four-wheel ATV. 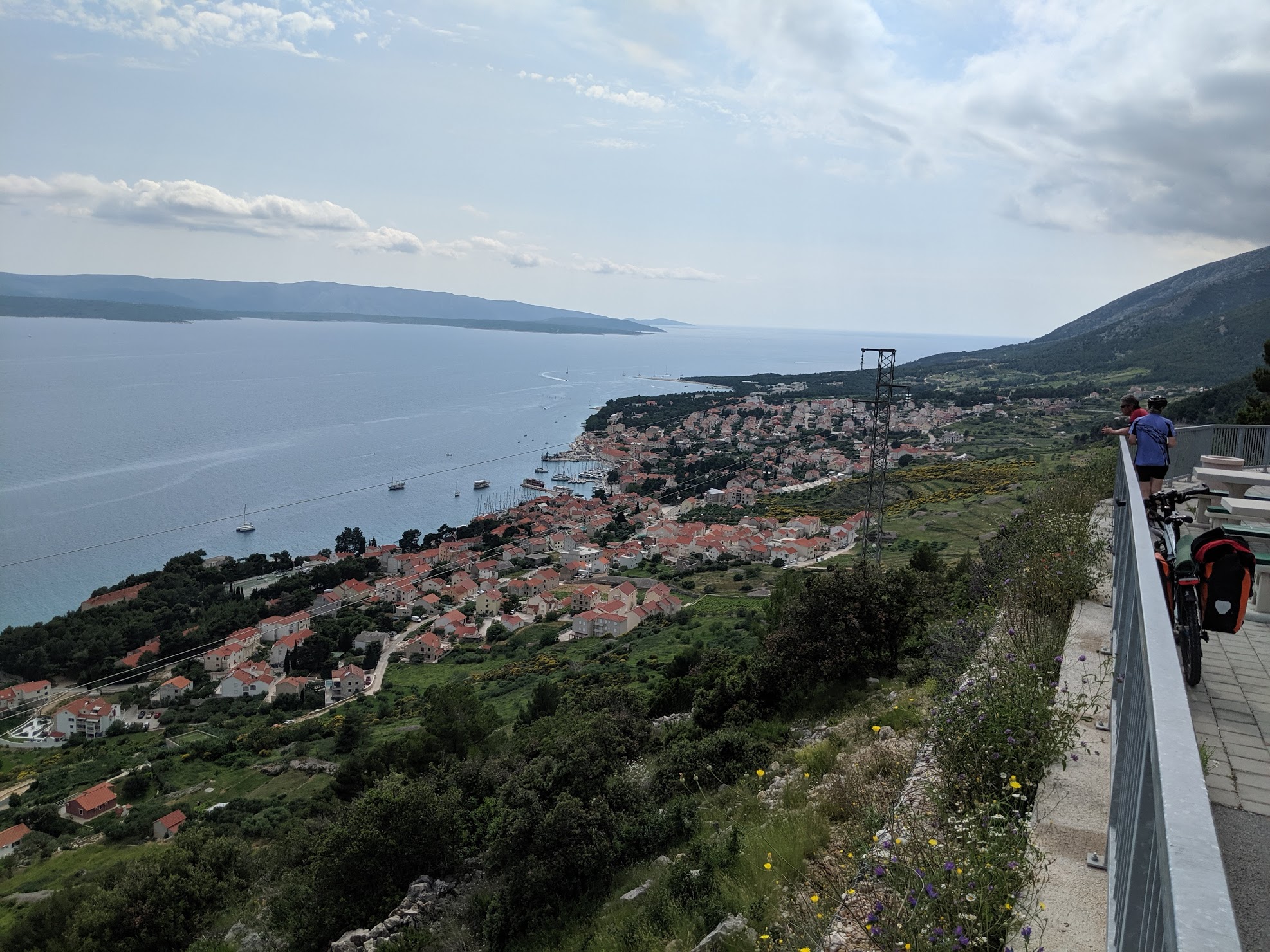 We took the last ferry out at 17:40 which got a late start due to another ferry taking up the dock area. Back to the Split Airport ferry by 19:30 and it was the end of a long, satisfying and tiring day.

I give the Split Express a solid two thumbs up and would recommend them if you want a quick, easy and affordable way to escape life and visit paradise. 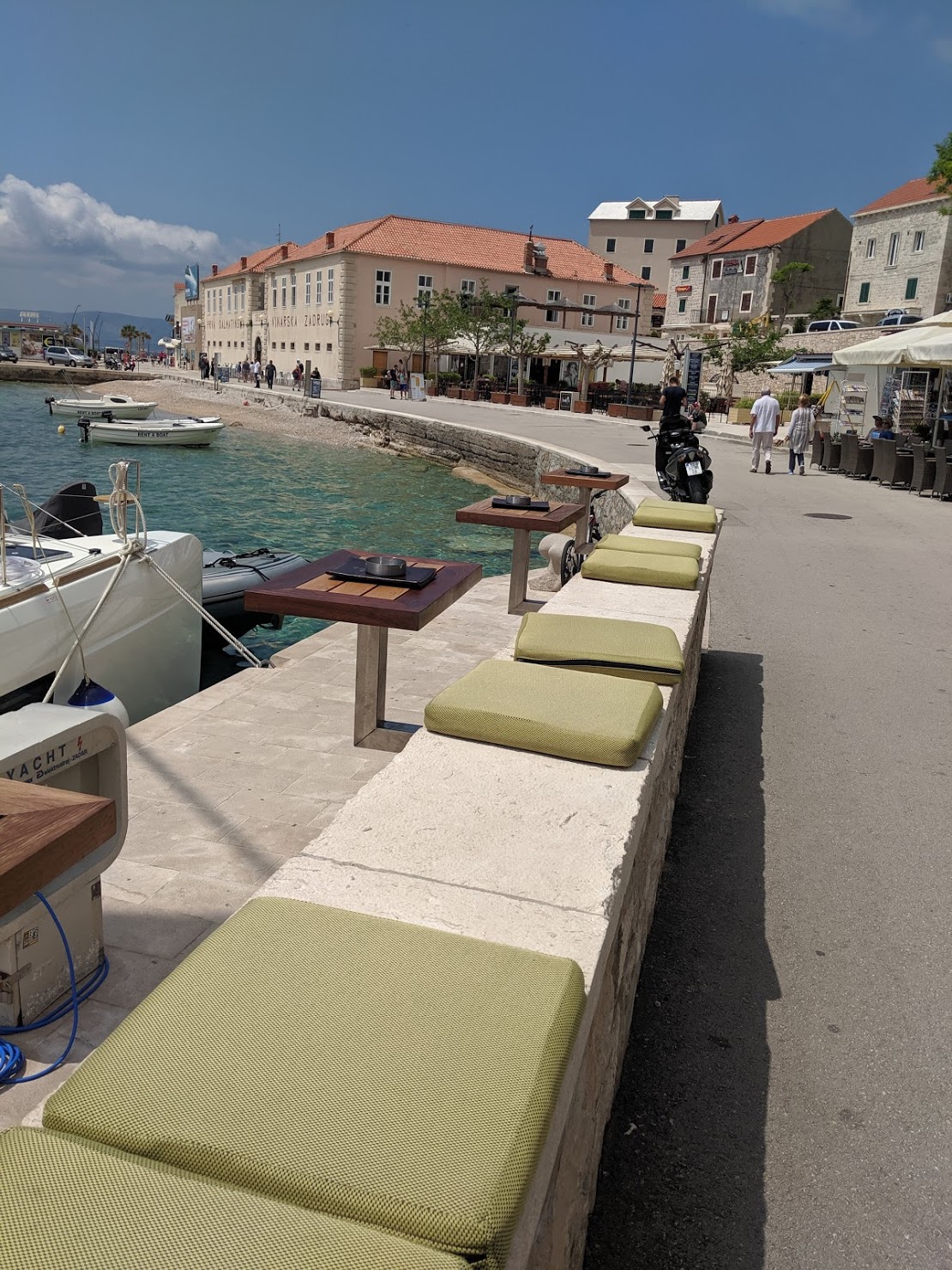 Norm Bour is a travel writer and blogger who teaches others how to “travel younger.” A Baby Boomer who permanently left the US in February 2019, Norm stays at different locations six weeks at a time, with no intention of stopping. He never traveled outside the US until 2016, but watched how the Millennials traveled affordable and with a great sense of adventure and fun.