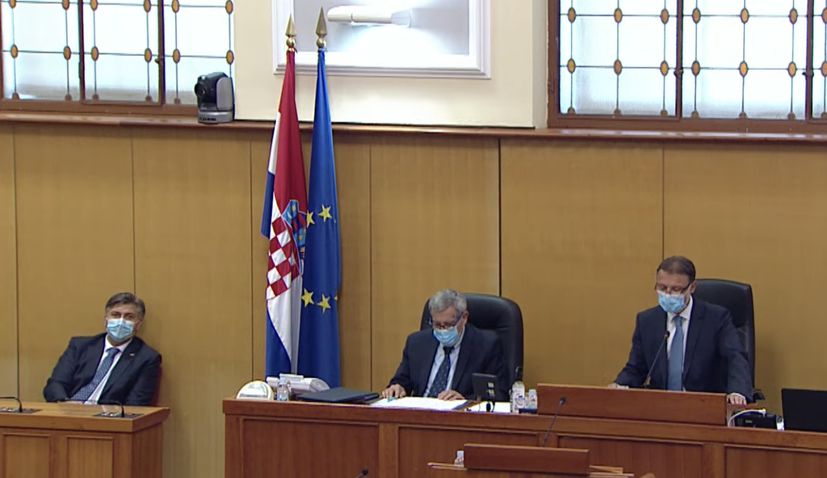 ZAGREB, July 22 (Hina) – The founding meeting of the new, 10th parliament began on Wednesday morning with the election of Gordan Jandrokovic as the speaker of this 151-seat legislature.

The proposal by the Croatian Democratic Union (HDZ) to nominate Jandrokovic for this post was supported by 143 newly-elected deputies, with one abstention, and there were no votes against the motion.

Gordan Jandrokovic of the ruling HDZ, who was at the helm of the 9th parliament, continues performing this duty in the new legislature, and he is the first parliament speaker to be appointed to this position for two successive terms. Jandrokovic, born in 1967 in Bjelovar, has won a seat in six parliamentary elections to date. He was also a foreign minister and a deputy prime minister and has held other positions since 1992. 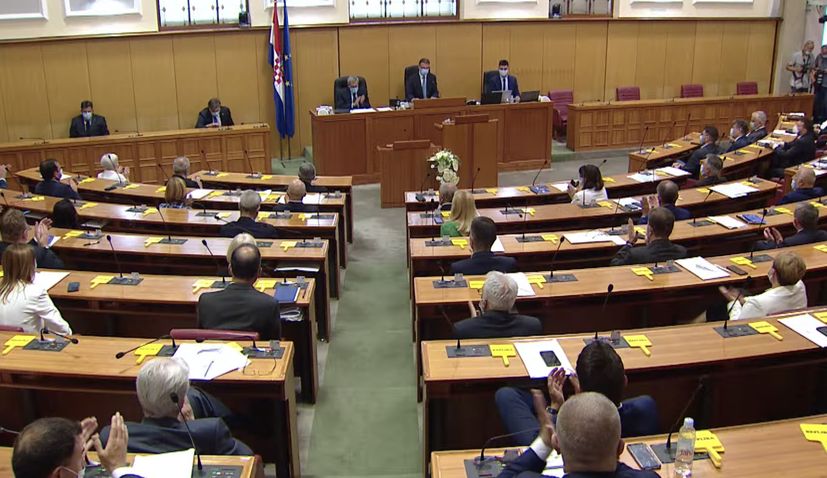 The founding session was held in the Parliament Hall with the implementation of the epidemiological measures, which was why parliamentarians wore masks and kept a social distance.

During the 5 July parliamentary polls, Croatia elected 151 deputies of whom 34 are women and 117 are men.

In the new parliament, the youngest deputy is a 30-year-old Marina Opacak-Bilic of the SDP party, and the oldest deputy is HDZ parliamentarian Miroslav Tudjman, 74.

The three deputy speakers nominated by the governing majority are Zeljko Reiner and Ante Sanader of the Croatian Democratic Union (HDZ) and Furio Radin, who is the ethnic Italian representative.

The election of Reiner and Sanader was supported by 136 and 134 deputies respectively, with the abstention vote given by Workers Front MP Katarina Peovic.

The two deputy speakers from the Opposition ranks are Rajko Ostojic of the Social Democratic Party (SDP) and Miroslav Skoro of the Homeland Movement (DP) party.

Ostojic’s election was also unanimously supported by 143 MPs who participated in the voting.

Skoro’s appointment was supported by 110 parliamentarians, with two abstentions and with Peovic voting against it.

Several SDP MPs voted for Skoro’s appointment whereas some of them did not attend the voting after a short meeting of the SDP club, which ensued after Parliament Speaker Gordan Jandrokovic said that Skoro is one of the two nominees for the post of Deputy Speaker from the ranks of the Opposition.

The new parliament on Wednesday unanimously appointed its Credentials and Privileges Committee with ethnic Hungarian deputy Robert Jankovics being chosen as the committee chairman.

The vice-chair is Barbara Antolic Vupara of the Social Democratic Party (SDP).