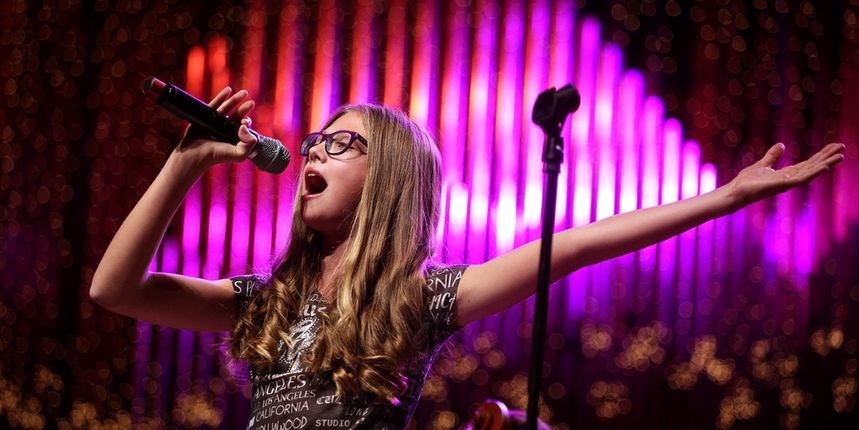 For the first time in history Zagreb’s Vatroslav Lisinski concert hall will hold a solo concert by a young teenage girl – complete with an orchestra. 13-year-old Mia Negovetić has burst onto the scene and recently hit the headlines with her impressive performance on NBC’s children’s talent show ‘Little Big Shots’, which is co-produced and created by Ellen DeGeneres and Steve Harvey.

Mia, from Rijeka on the northern Adriatic coast, first hit the headlines in Croatia after her rendition of the Croatian national anthem at the 20th Anniversary of Operation Storm Parade went viral in August last year. She then went on to win the first Croatian children’s singing contest Zvjezdice with her rendition of Beyonce’s Listen gathering over one million hits on YouTube. That led to her Little Big Shots producers tracking her down to invite her to Hollywood.

Her performance on Little Big Shots was a huge hit, and even captured the attention of some faces names, including popular American hip hop artist Lil Wayne who posted the video on his social media pages. Mia will perform her first solo concert at Lisinski concert hall in Zagreb on 16 September 2016. More info about ticket sales online here.