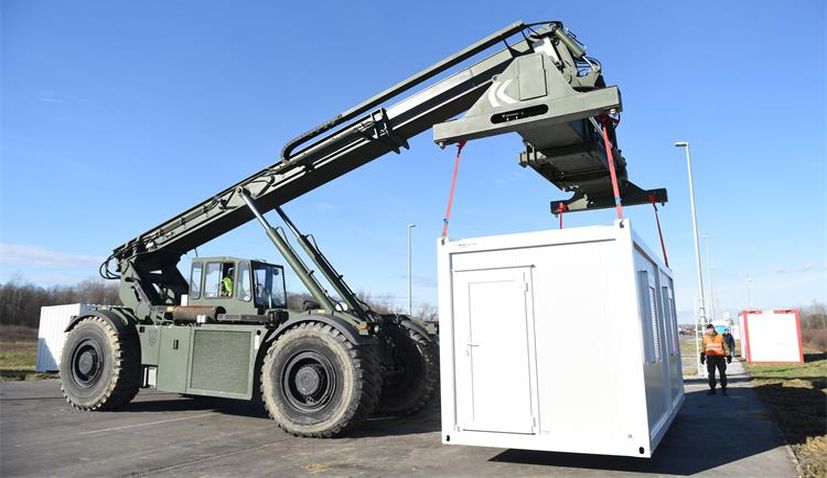 ZAGREB, 27 January (Hina) – Switzerland has donated 20 fully equipped mobile housing units and 12 sanitary containers to earthquake-hit areas of Croatia, and they were on Wednesday delivered to Lekenik and symbolically handed over by the Swiss Ambassador to Croatia, Emilija Georgiev Regamey.

The ambassador said she sympathised with citizens of Sisak-Moslavina County and other counties struck by the earthquake for their losses and the trauma they had gone through.

She said it was unfortunate that the earthquake had occurred amid a pandemic and affected an area that had also sustained damage in the Homeland War.

The ambassador said the donation was a result of the two countries’ good cooperation. Switzerland is already familiar with Sisak-Moslavina County because it helped a demining project in the Kotar forest near Petrinja through the Swiss-Croatian cooperation programme, she added.

Regamey wished all victims a lot of courage, strength and endurance.

Ministry of the Interior State Secretary Irena Petrijevčanin Vuksanović thanked the Swiss ambassador for her personal contribution and engagement, underscoring that the cooperation between the two countries would continue in other priority areas as well.

The State Secretary at the Ministry of Foreign and European Affairs, Zdenko Lucić, also thanked the ambassador for the donation.