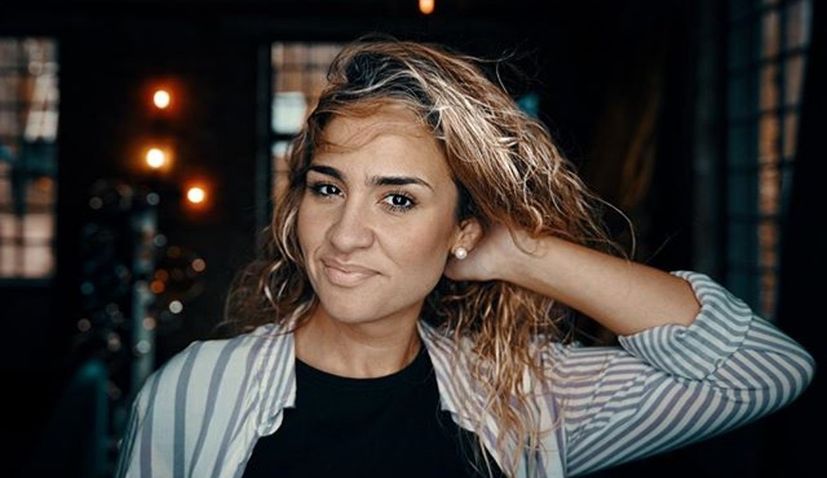 There has been a number of young people with Croatian heritage from around the world who have recently moved to Croatia to learn more about their family roots.

One of those is María Florencia Celani from Argentina. María Florencia, or Flor as she is affectionately known by her friends, moved to Zagreb almost two years ago in February of 2018.

“My great-grandparents on my mother’s side were Croats from a little town called Jablanac in front of the island of Rab. At home growing up, there was always talk of Croatia, always about the food, customs and stories of my great grandmother that my mother would tell me. I always heard my grandfather say that his dream was to return to his roots and somehow I achieved it,” María Florencia explains.

The 31-year-old says she always had a dream of one day living in Europe and getting to know the country where her family came from.  When the chance to apply for a scholarship to study the Croatian language in Zagreb came up, she did not hesitate for a second.

María Florencia was accepted and then made the move to the Croatian capital.

“My family supports me unconditionally and together with my friends they always encourage me to realise my dreams, they know that I am a dreamer. Their reaction to me moving to Croatia was more than positive,” she says. 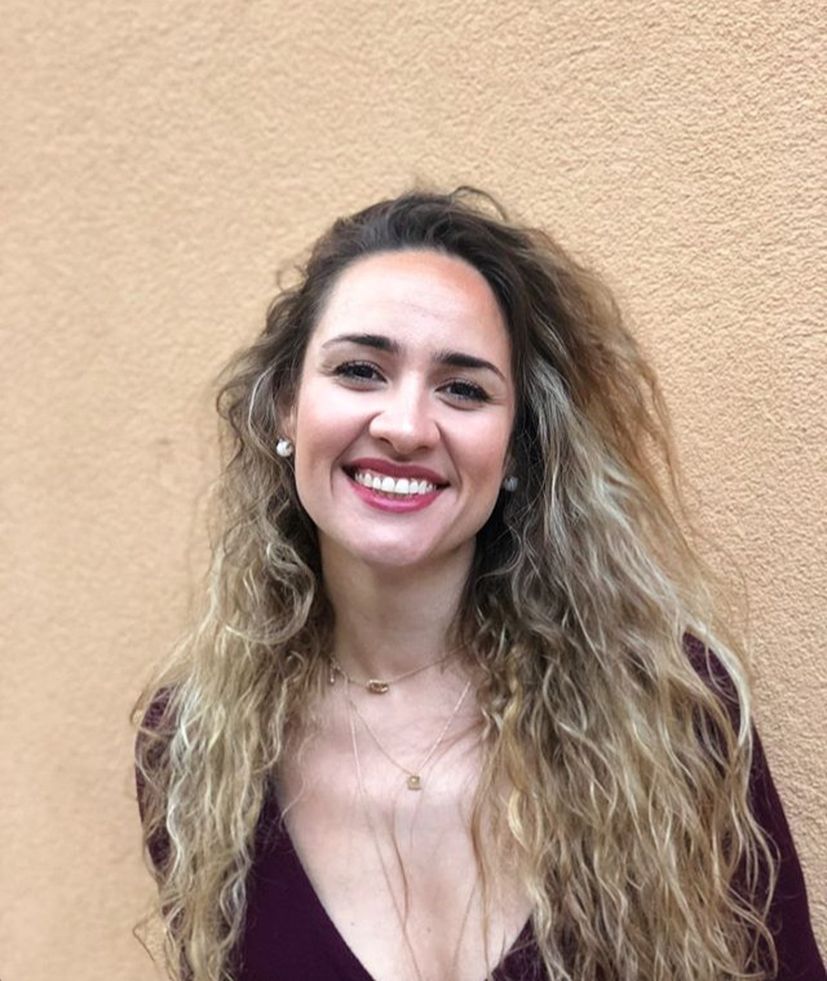 María Florencia is now in her second year of studies of the Croatian language at Croaticum at the Faculty of Humanities and Social Sciences of the University of Zagreb.

“Croaticum is an amazing experience, from the teachers, who are excellent and have a lot of love and patience each day when they teach us, to the classmates who often become great friends. The Croatian language is very difficult and needs time and a positive mind to learn it,  but it makes me happy to understand and speak the language of my great-grandparents and grandfather, and which has now become my second language.”

One of María Florencia’s passions is music and over the past couple of months Croatia got to know the bubbly Argentinian-Croatian when she was one of the stars of the singing competition television show The Voice Hrvatska on HRT.

María Florencia was selected by judge Massimo to join his team after her blind performance of Beyonce’s song ‘Listen’. Her performance of Oliver Dragojević’s hit ‘Sreća je tamo gdje si ti’ wowed the judges to send her to the next round before she exited at the semi-final stage of the competition last weekend. 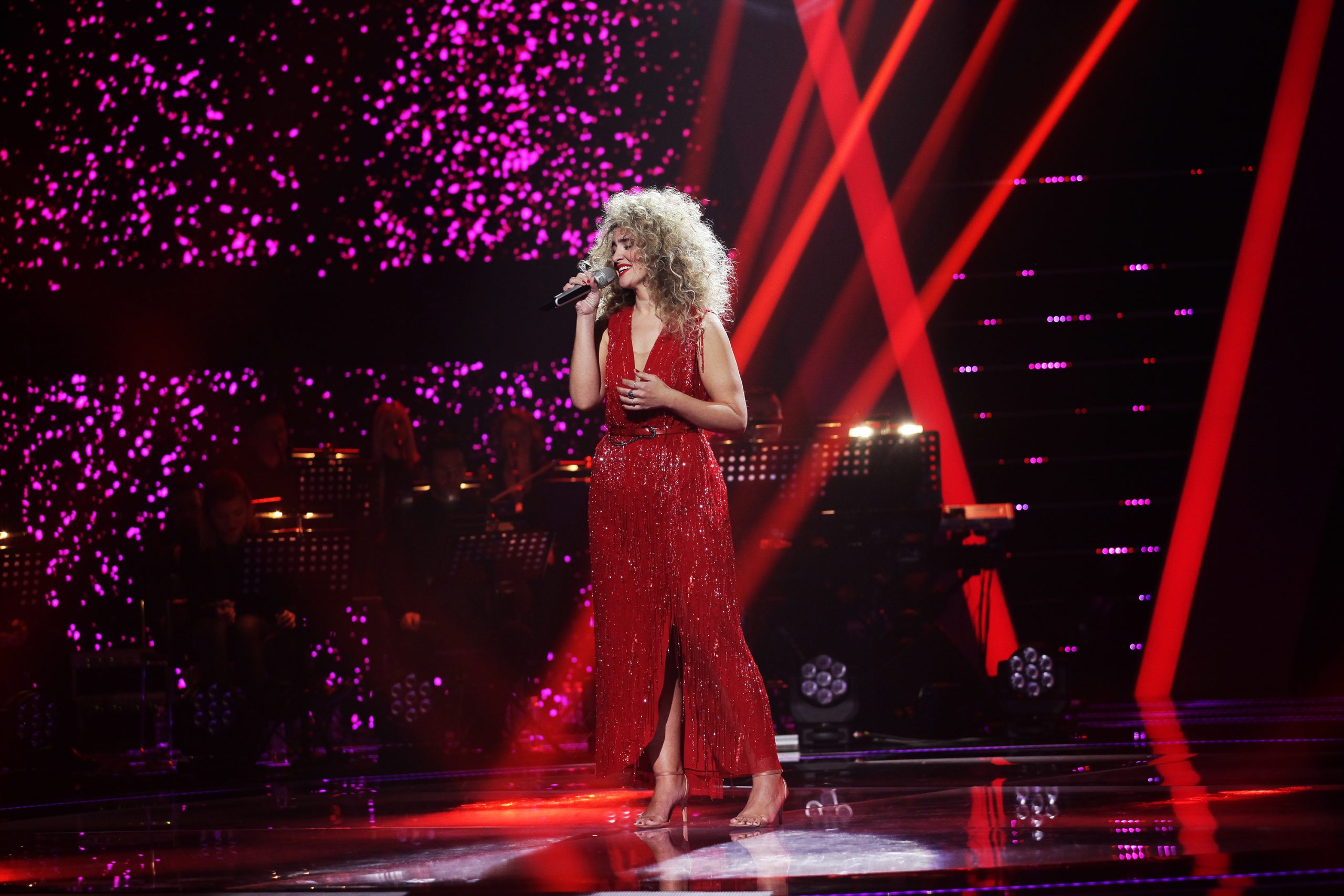 “Being part of ‘The Voice’ was also one of my dreams. I remember during my first semester at Croaticum we visited HRT and there were some publicity posters of ‘The Voice’ and I went crazy. I asked when the auditions would be and they told me ‘next year’. Then I met Klara, a journalist who works at HRT, who interviewed me during advent and she promised me she would tell me when auditions were as soon as she found out. She kept her word and I applied and the journey began,” María Florencia recalls, before adding. 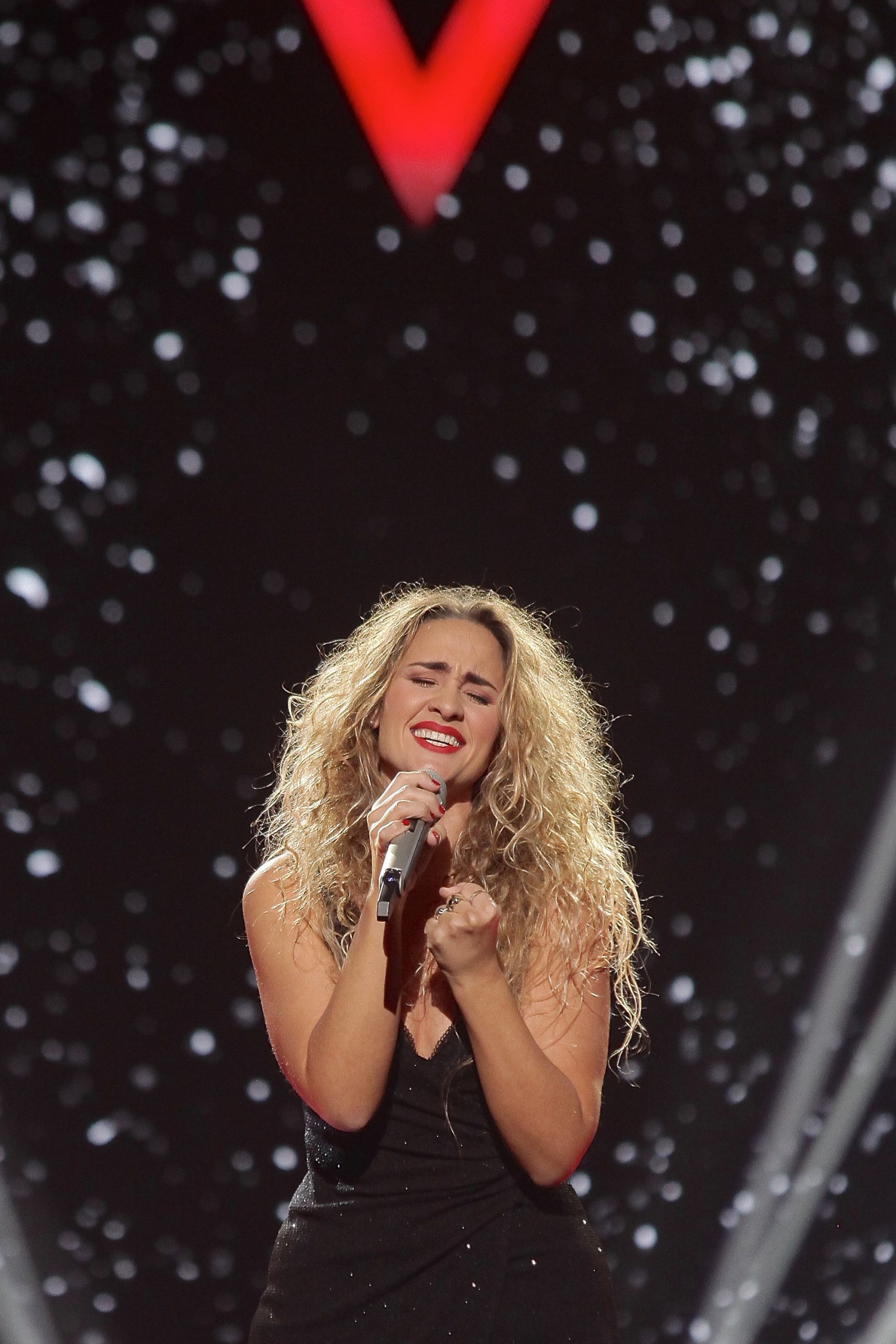 “Being part of ‘The Voice’ was and will always be an unforgettable journey. I met amazing people, the people who work behind the camera, production, musicians, costume people, makeup artists, hairdressers, directors, vocal coaches, mentors and my colleagues.  I learned a lot and having been on one of the best stages is going to be hard to forget.”

María Florencia says she always wanted to be an artist and began to sing before she learned to talk and was constantly surrounded by music at home.

“I love Croatian music and it is a great challenge. I love Oliver and everything he wrote and composed. I adore the song “Vilo Moja” by Vinko Coce and Klapa Tragos. I listen to Prljavo kazalište, Neno Belan, Detour, Pavel, Vanna, Nina Badrić. I am open to new proposals. Gradually new projects are emerging in which I have the chance to develop as an artist and that makes me very happy.” 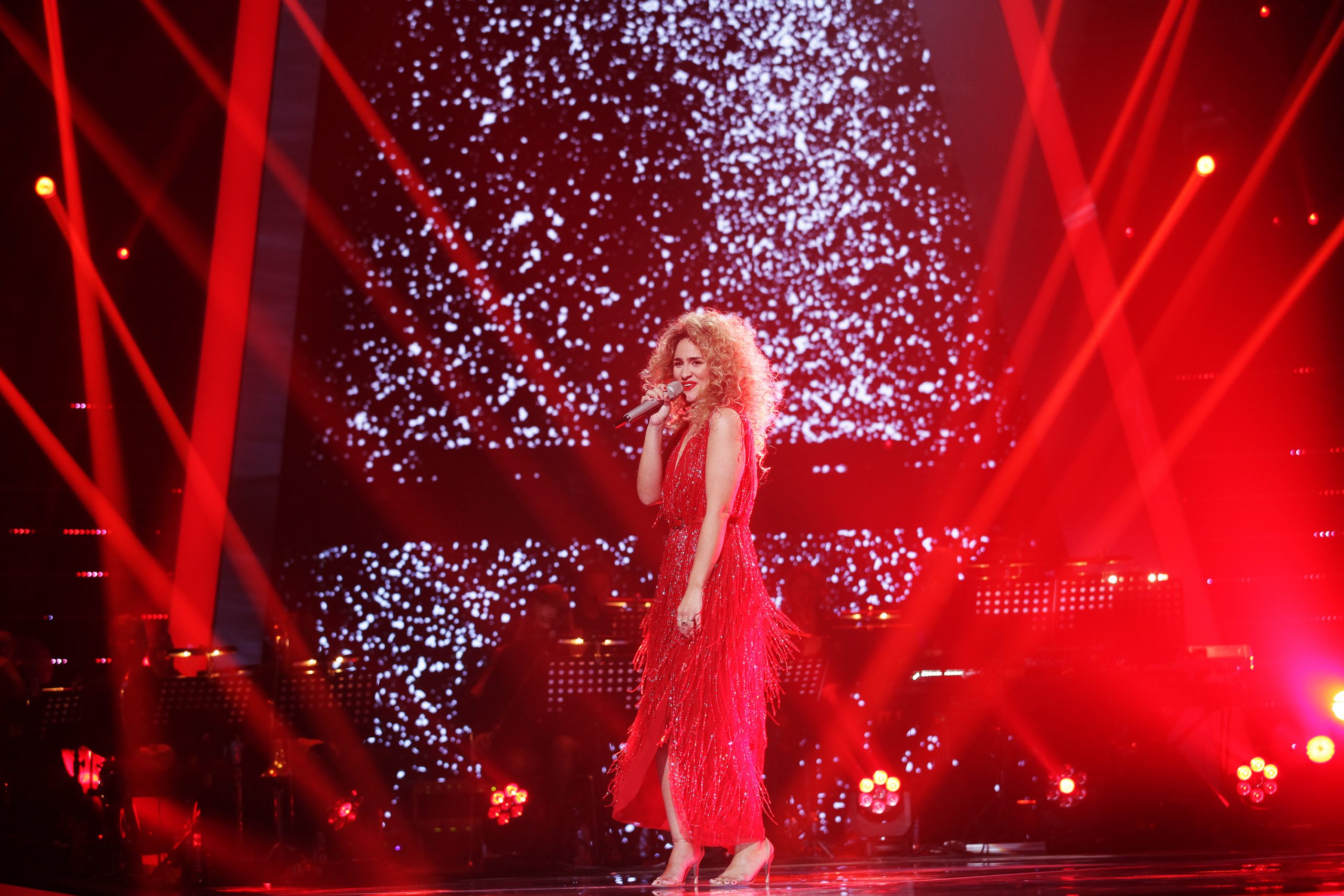 When she is not singing or learning Croatian, María Florencia likes to enjoy the laid-back Zagreb lifestyle.

“I like that life in Zagreb is relaxed, it is a small city but with everything you need to make your days special and beautiful. It has wonderful places and a lot of history that makes it even more interesting. I really like to go for a walk, have coffee, go to the cinema, go shopping or just being at home and watching Netflix. Of course whenever I can I love to travel also,” she says, adding that Croatia now feels like home. 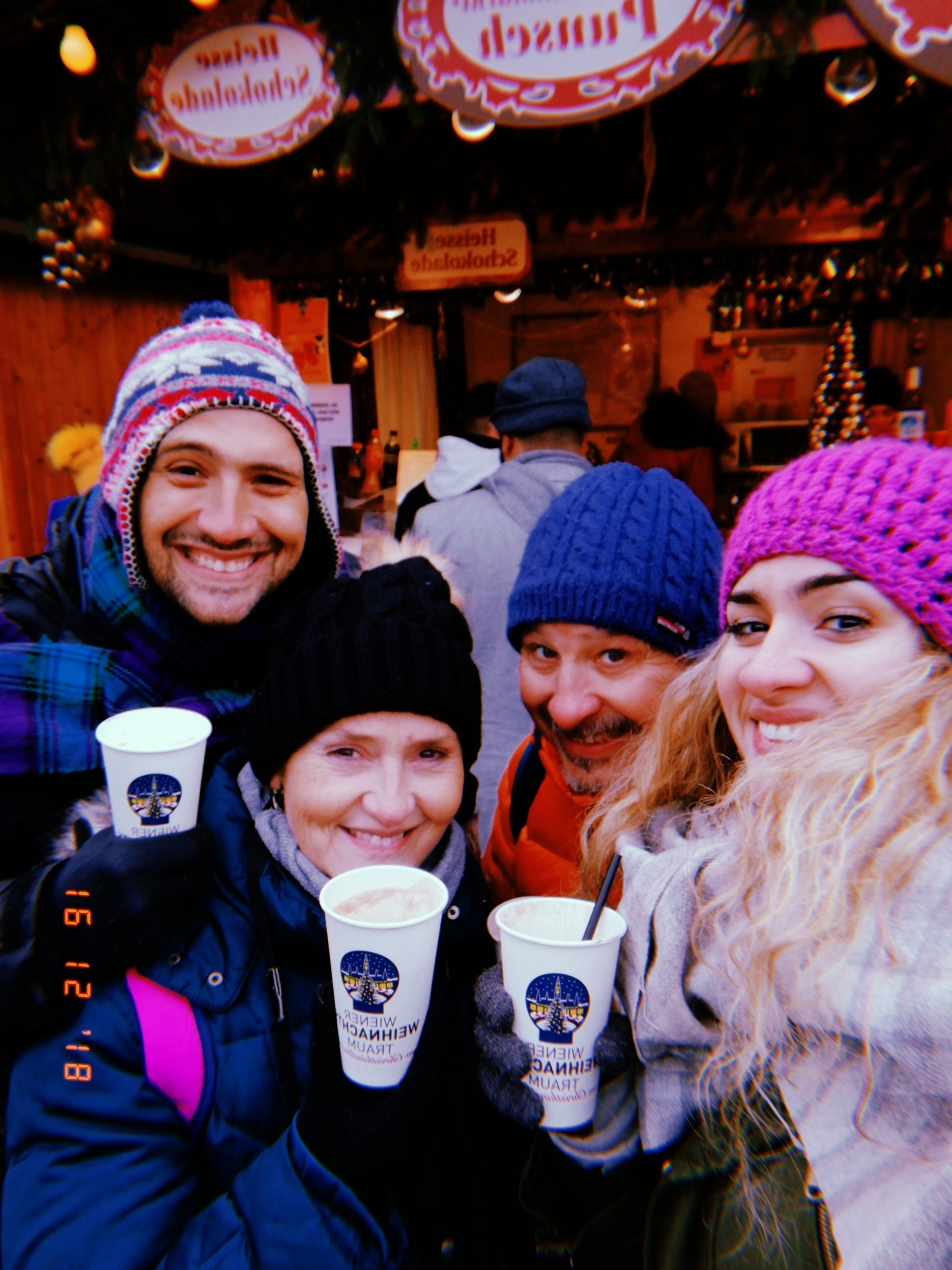 “I miss the meat in Argentina! Haha, and of course my family, friends, the customs and tango, but I really feel at home here. I love everything that you can buy at ‘pekarne’ (bakeries). Croatia is beautiful. The islands, Istria and Dalmatia are my favourites.”

María Florencia says she has no intention of leaving and plans to continue to live in the country of her ancestors.