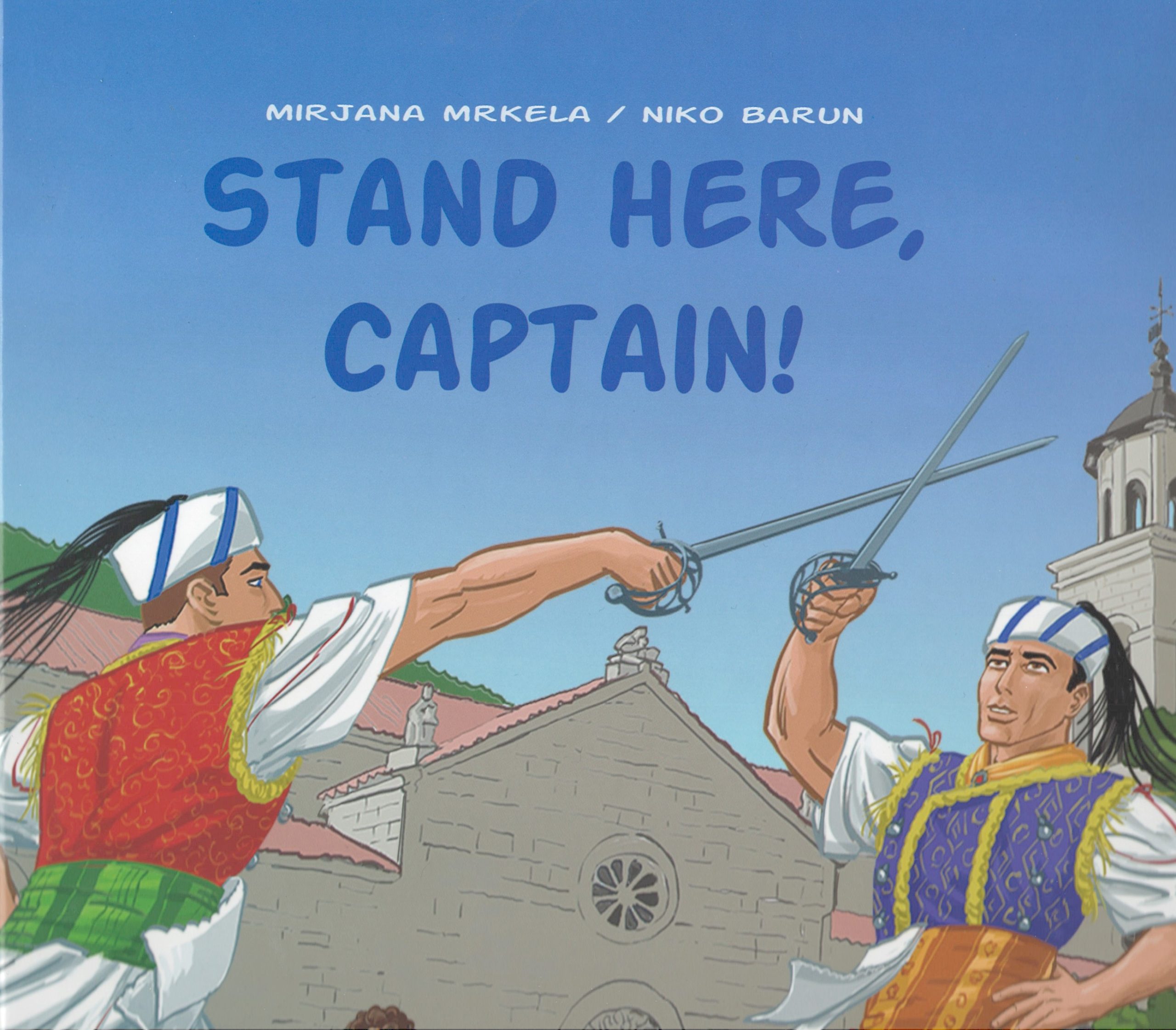 3 JUNE, 2019 – A story book for kids about a traditional sword dance from the Croatian island of Korčula has been released in English. 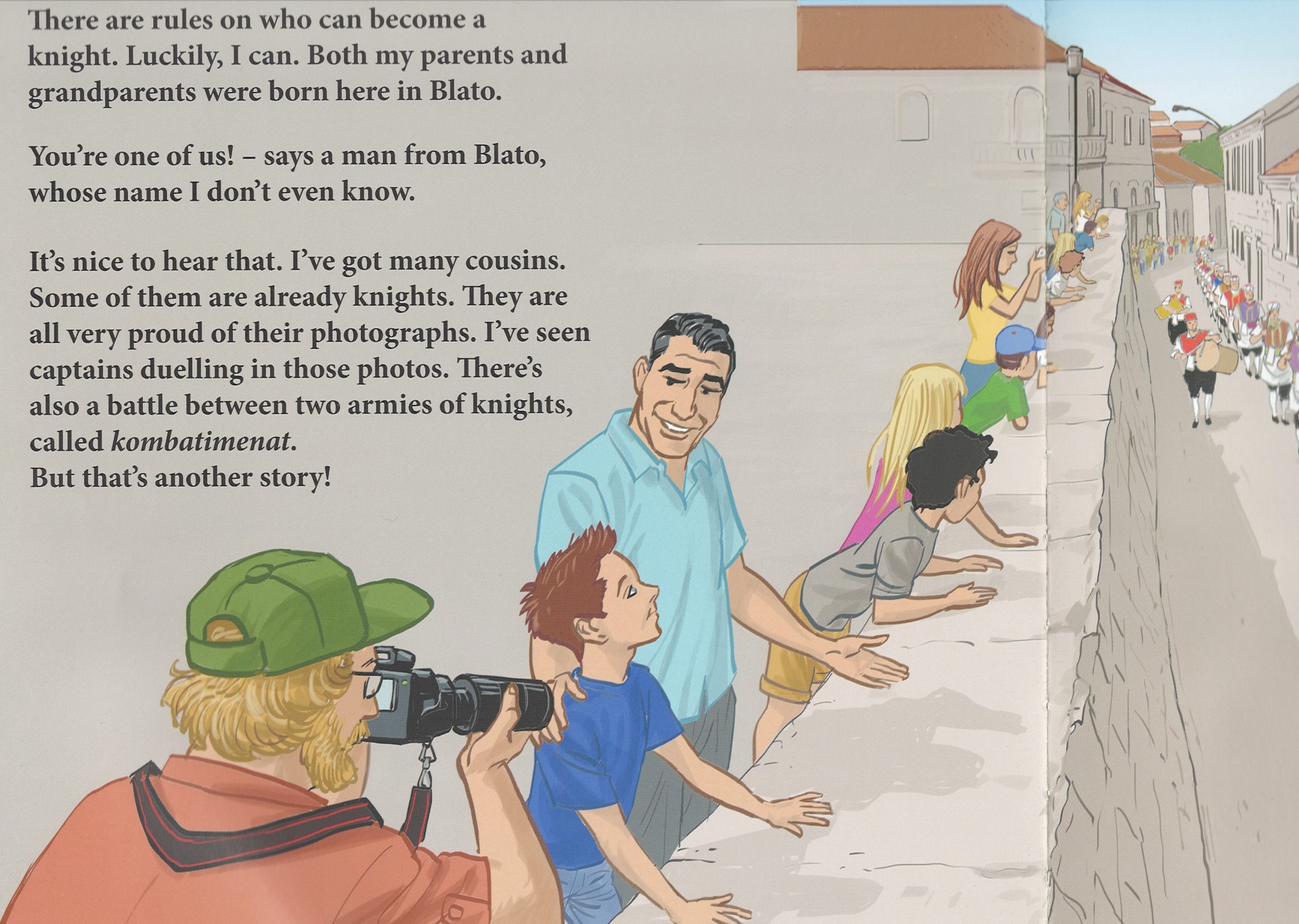 The boy, together with his cousin, attends the performance – the battle dance – on the main square, piazza, and is mesmerised by what he sees. His cousin introduces him to different types of knights (barjaktar, captain, kapural, srzetin, buzdonahar) and different parts of the dance (spuz, mostra, tanac, etc). 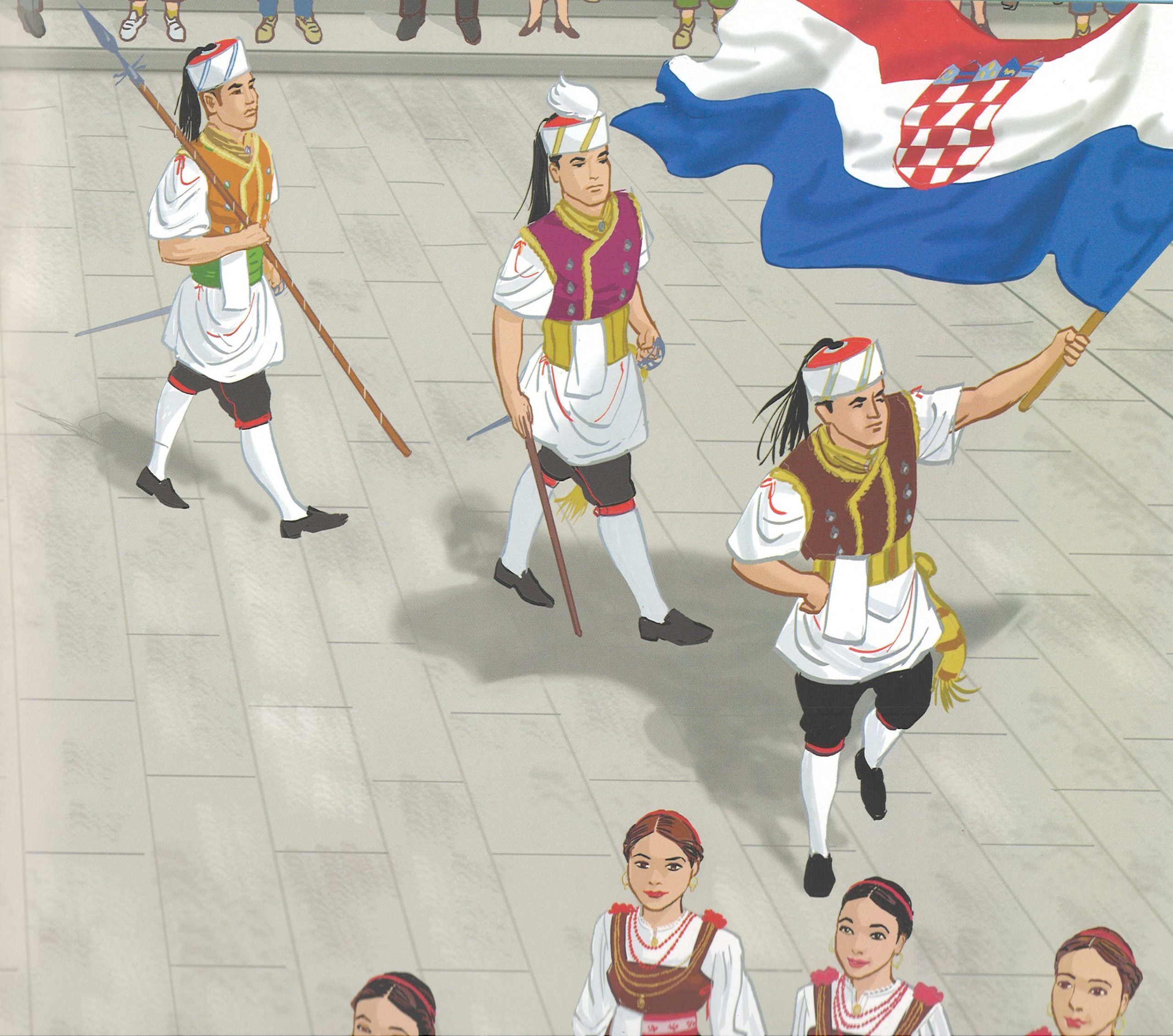 The boy’s favourite figure is the one called To Cut The Captain’s Head, and his favourite sentence in the dance is Stand here, Captain, which the knight Srdar says to the captain to direct him to stand in front of the governor. It is exactly that sentence, a symbol of the child’s fascination with the archaic dance, that the author used as the title of this book, at the same time reflecting in itself a symbol of heroism and intrigue with ancient times, as well as a symbol of activism that does not necessarily reflect a tie to the past – the same sentence Ante says to his grandfather as they approach Blato, joking with him and in that way confirming the close bond between them.

The story Mirjana Mrkela tells us has all the features of an educational story, whose primary function is to introduce the youngest population with certain spheres of the human life and the world that surrounds it, in this case the folklore world of the island of Korčula. 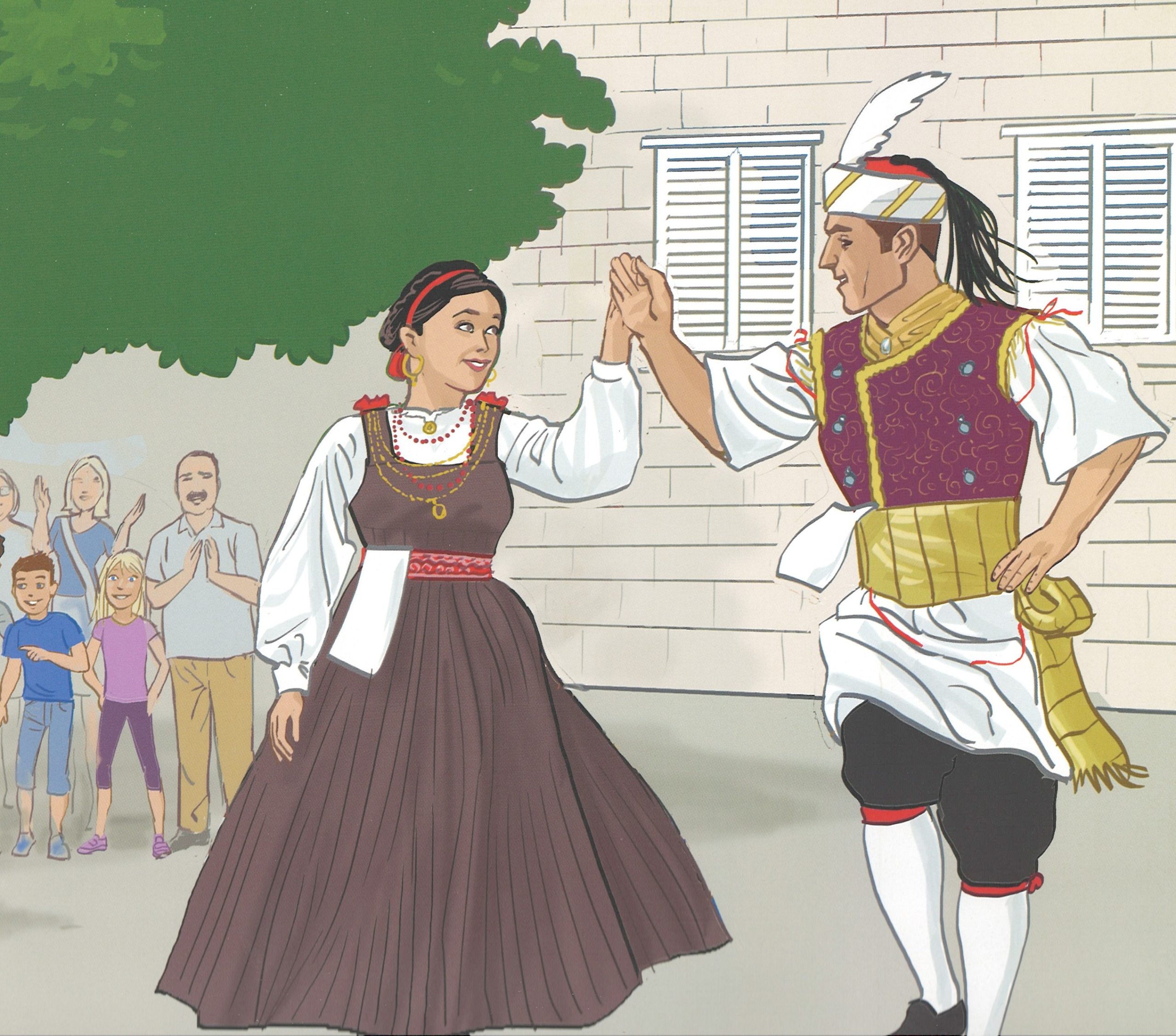 The story Book has 36 beautifully illustrated pages and is published in Blato in both Croatian and English. The co-publishers are Blato Public Library and Knights’ Association Kumpanija, Blato.

You can order a copy of the book by sending an email to: [email protected]