Croatian football coach Igor Stimac has commented about Croatia being forced to wear their alternate blue strip on Friday against Serbia in their World Cup qualifier because Croatia’s famous red and white checks, which has become synonymous with Croatian football over the last 20 years, clashes with both Serbia’s home and away strip. 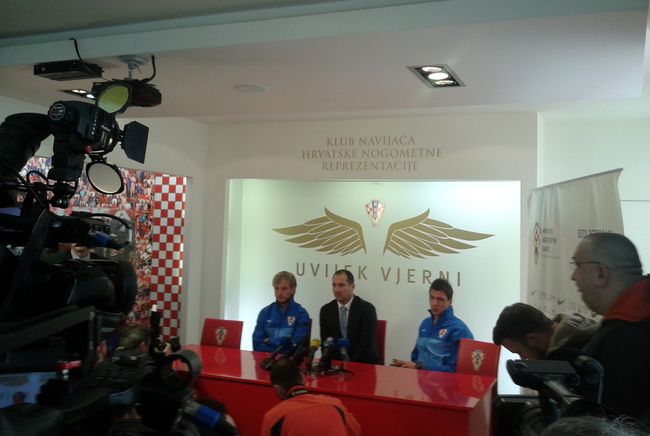 “The checkered strip is the players favourite, it is our first choice strip and a part of Croatian history, but because of the large white square where the number is on the back we can not wear it on Friday,” said Stimac at yesterday’s press conference, before adding that his team would be happy to play in any shirt.

“We will wear any strip with the same pride because we wear it in our hearts and that is stronger.”

Stimac was joined at the press conference by Ivan Rakitic and Mario Mandzukic, who was presented with the supporters club player of the year trophy, and the pair were asked if they would be swapping shirts at the end of the match with any of the Serb players. 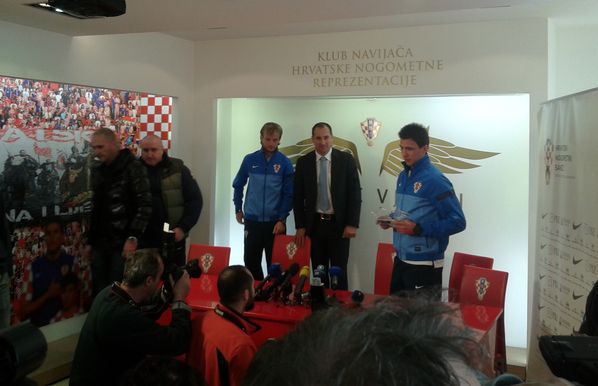 “I don’t swap shirts when I play for my club…it is not a habbit of mine, but if someone insists then…,” said the Bayern Munich striker before Rakitic echoed his statement. 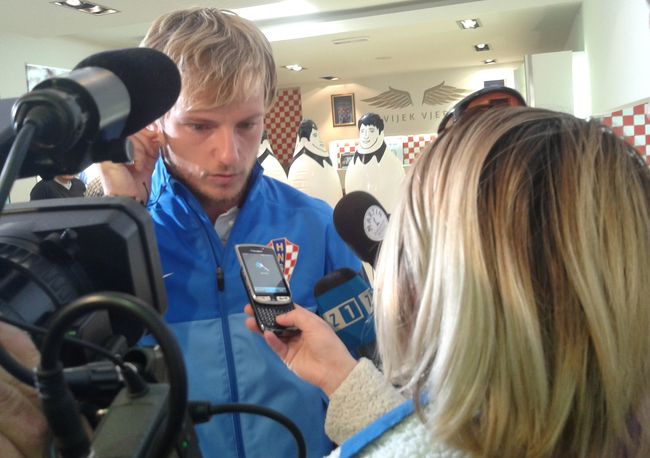 Stimac was happy with how is side had started to prepare for Friday’s match at Maksimir stadium and he finished off with a message for the fans. Stimac urged supporters not to support against the opposition but channel their support for Croatia. With UEFA and FIFA closely watching on Friday Stimac said that he hoped the fans would behave, be cultured, and show the world what a great football nation Croatia is.