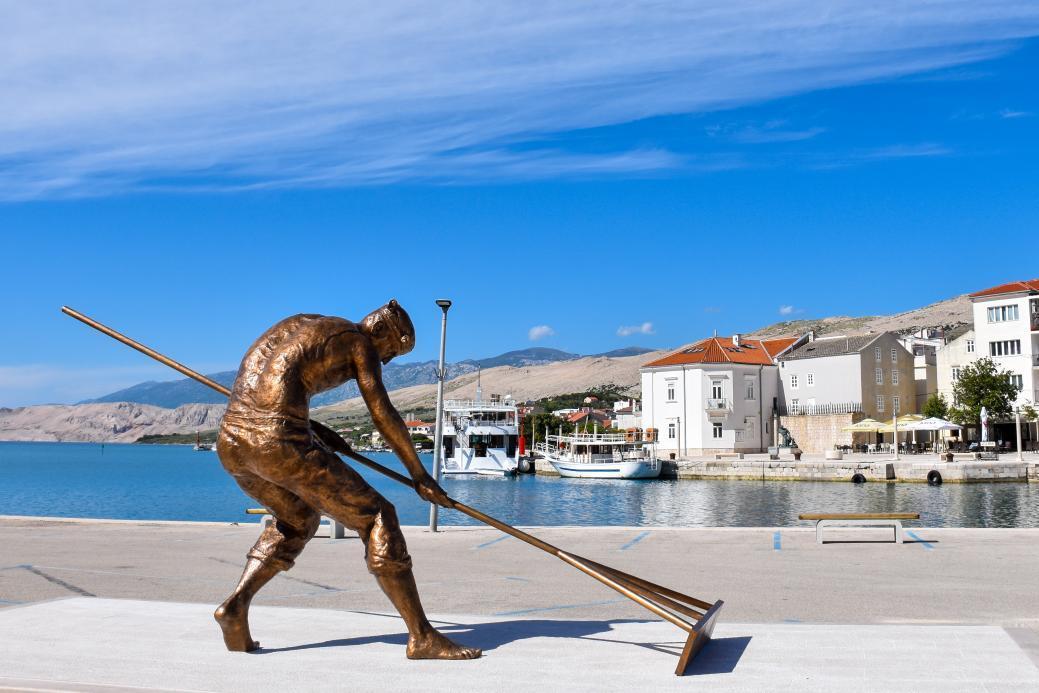 Thanks to its climate, which includes both a large number of sunshine days and regularly strong winds, the Croatian island of Pag has been a great place for sea-salt production.

Solana Pag, which has a long traditional, is the largest producer of sea salt in Croatia.

To honour the century-old tradition of salt production on the island, a monument was erected and unveiled this week in front of the former Pag saltworks, on the old waterfront.

The statue, Solar, which depicts a salt worker, is the work of sculpture Tomislav Kršnjavi and was cast in the Ujević Foundry in Zagreb. 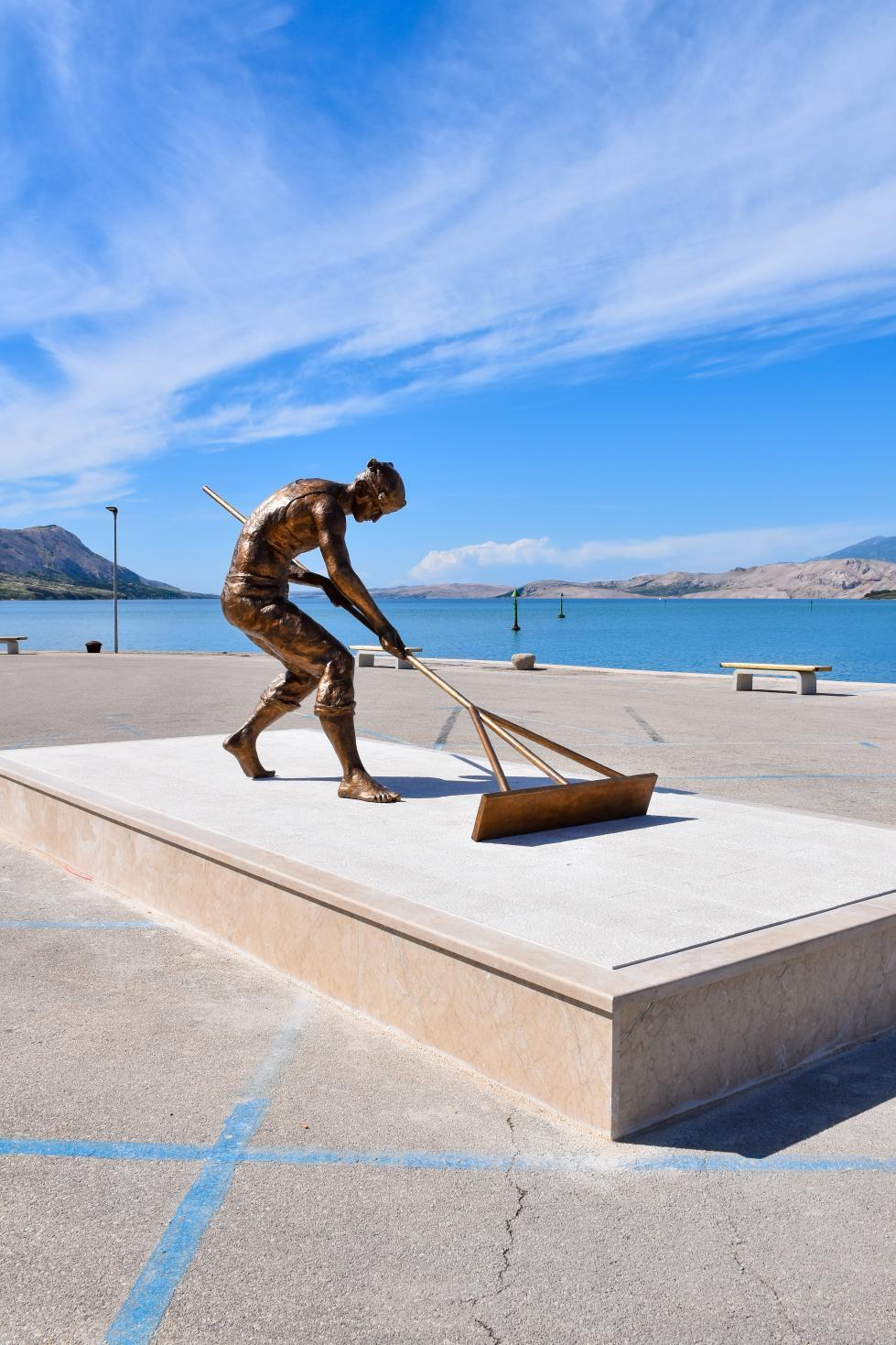 “We set up the Solar statue because the production of salt marked Pag and the island was widely known for its salt,” said the Mayor of Pag Ante Fabijanić. 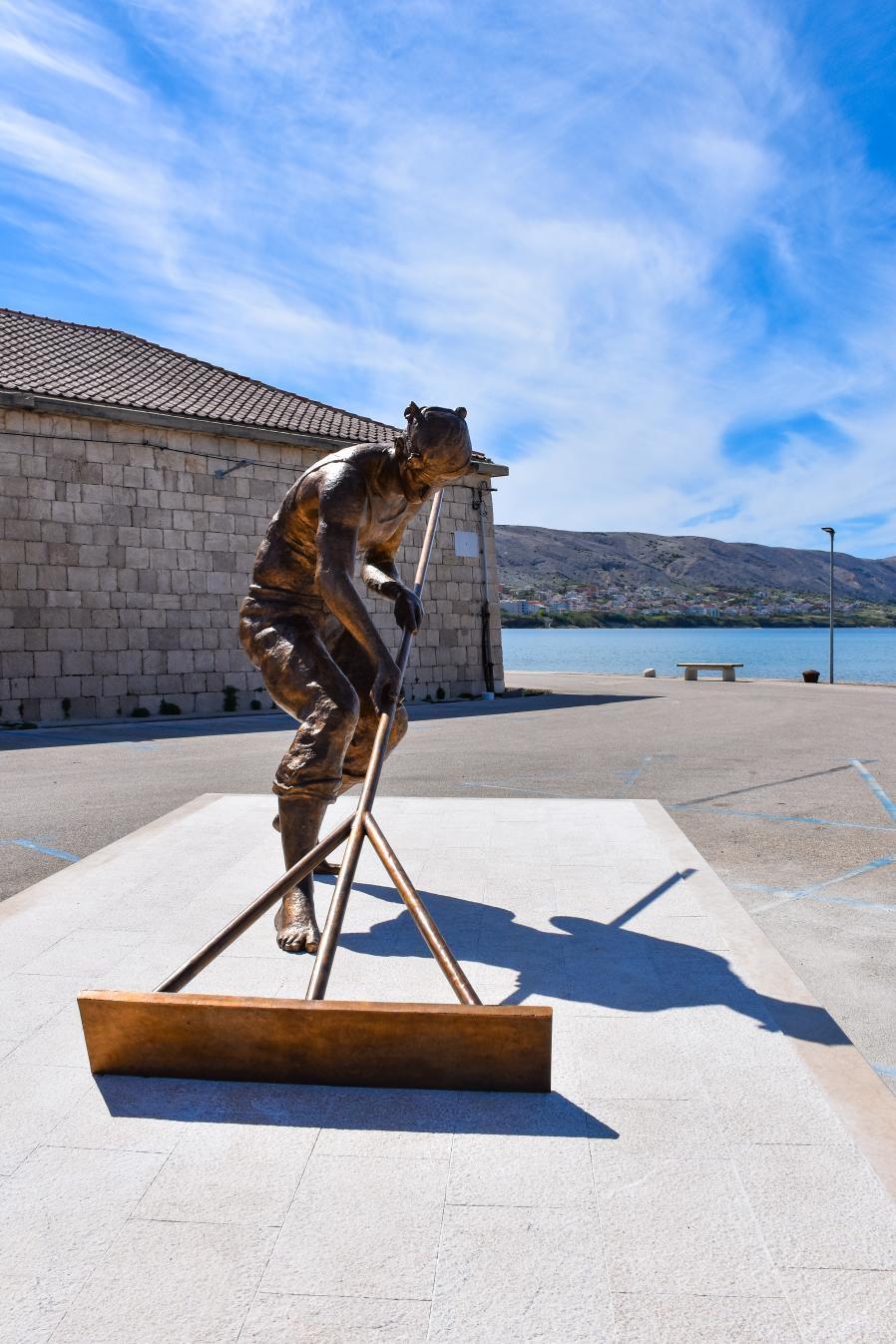 The island is proud of that part of Pag’s past, and the statue was placed in front of the place where the saltworks used to be.

Salt from the island of Pag (Paška sol) has also been protected at EU level. Protection of the name ‘Paška sol’ covers two products: fine sea salt and flower of salt.

The fine sea salt ‘Paška sol’ is non-ground sea salt obtained from the sea water of the Pag Bay which continuously pours into an evaporation pool system until it crystallises in the Pag island salt pans. It takes the form of small, regular, cube-shaped crystals which are white in colour and contain minerals and trace elements. 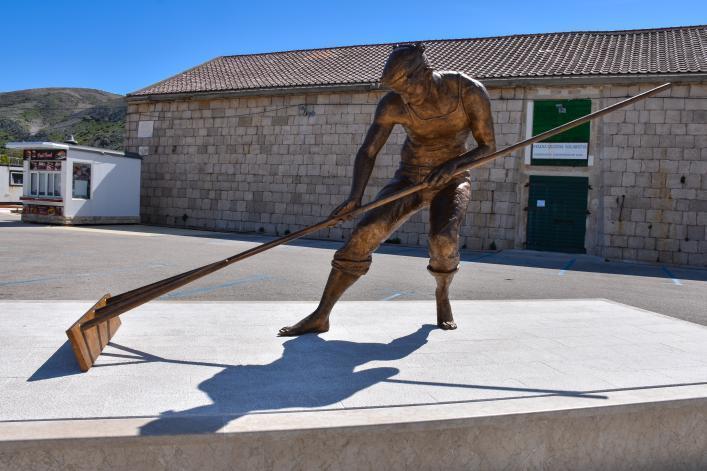 The flower of salt ‘Paška sol’ is a product of the initial phase of manufacture of fine sea salt, i.e. during the produc­tion of concentrated sea water. It has a slightly sweetish taste. Its texture is crunchy and very brittle. It is white to pale yellow in colour owing to high levels of minerals. It has a distinctive flavour, is less salty than cooking salt and contains more natural minerals (magnesium, calcium, potassium, iodine). 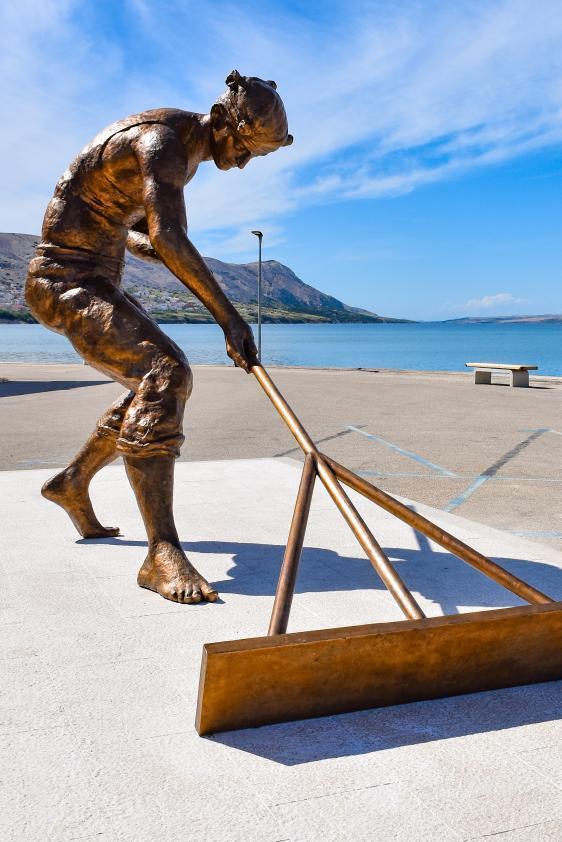 The granulation of the flower of salt ‘Paška sol’ is coarser than that of the fine sea salt ‘Paška sol’; its crystals have the shape of shells and crumble easily when rubbed between the fingertips.