ZAGREB, 14 August 2020 – On 17 August 2020, Croatian Post will put into circulation a new commemorative postage stamp on the occasion of the 200th anniversary of the Archaeological Museum in Split.

The motif on the stamp is the sarcophagus of the Good Shepherd, which originates from Solin, from the 4th century. The author of the brand is Duje Šegvić, a designer from Split.

At the same time, the Archaeological Museum in Split is the oldest museum institution in Southeast Europe. The building of the Museum was not immediately located on the present site, but until 1868 there was a building leaning against the east wall of Diocletian’s Palace, of which nothing has been preserved today.

Today’s museum building was built just before the First World War. In March 1912, construction began on a new Museum designed by Viennese architects August Kirstein and Friedrich Ohmann, which lasted until June 1914. Thus, the building of the Archaeological Museum in Split, along with the building of the Museum of Arts and Crafts in Zagreb from 1888 and partly the Strossmayer Gallery of Old Masters of the Croatian Academy of Sciences and Arts from 1880, became the oldest purpose-built building for Croatia. The new building has a large exhibition hall for smaller items, a garden with lapidary was intended for stone monuments, while in the basement there were depots. The available space met the needs of the Museum until the 1960s when it began to think about expanding it by building a new building in the back garden.

Until 1910, when the Ethnographic Museum was founded, there was no other museum-gallery institution in Split than the Archaeological Museum, so it collected those testimonies of our past that would not otherwise belong to them, due to the care of its directors who were interested. not only for archeology but also for history, old and rare books, maps, archives, works of art, etc. 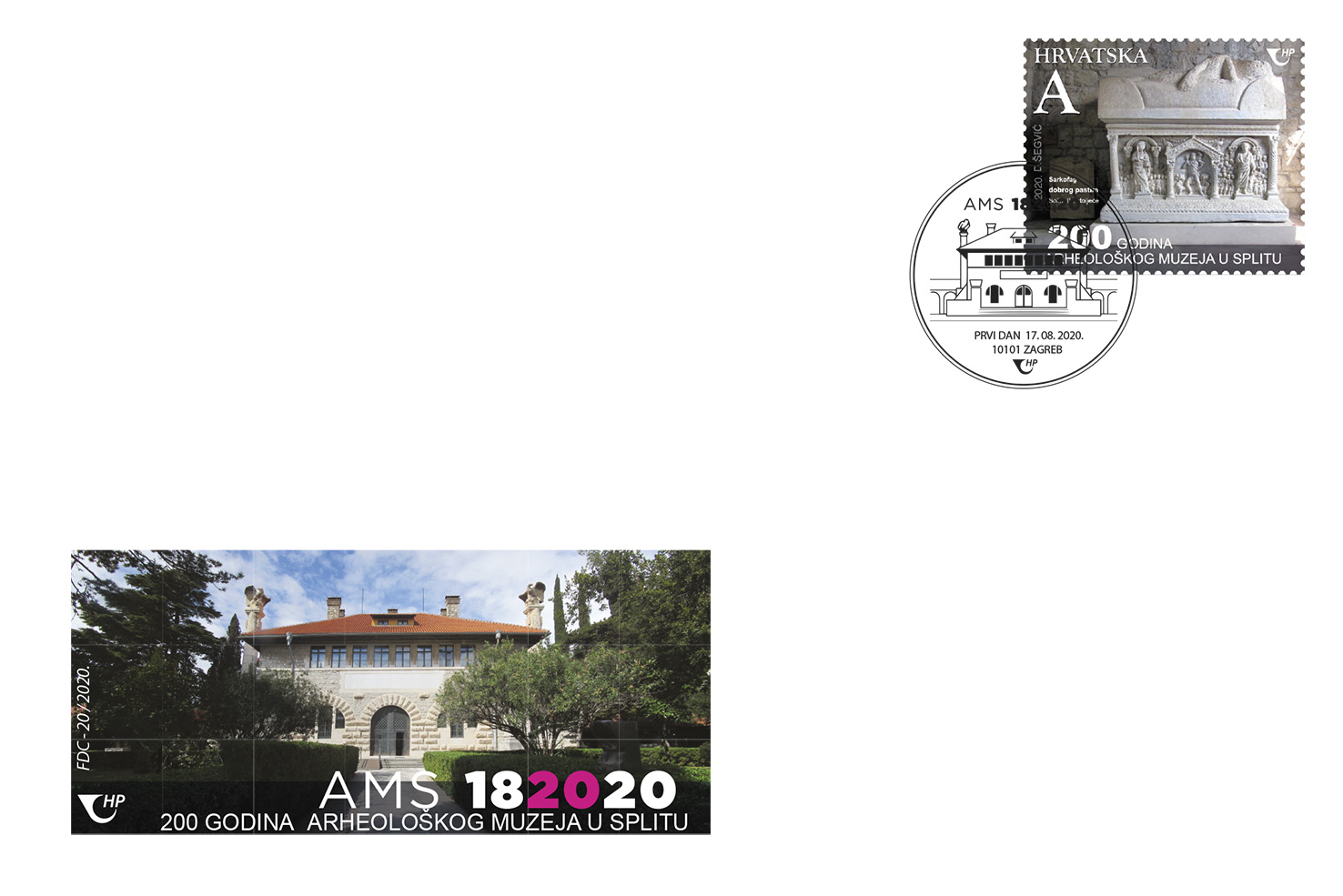 The value of the stamp is marked with the letter “A”, which corresponds to the amount of postage for a letter weighing up to 50 g and for a postcard sent within Croatia. The stamp was printed in a circulation of 100,000 copies and was issued in a sheet of 20 stamps. Croatian Post also issued a First Day Cover (FDC). The first-day stamp will be in use on 17 and 18 August 2020 at a separate philately counter at the Post Office 10000 Zagreb.