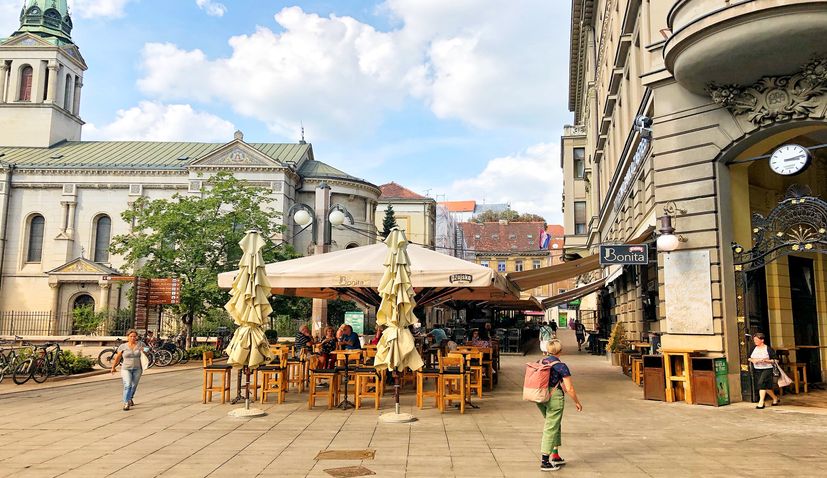 ZAGREB, Sept 19 (Hina) – The Standard & Poor’s agency on Friday affirmed its ‘BBB-/A-3’ long- and short-term sovereign credit ratings on Croatia, with the stable outlook, pointing to fiscal and monetary measures which are due to alleviate the consequences of the corona crisis and thus thwart damage to credit indicators.

The agency now projects “that Croatia’s economy will contract by 8% in 2020 and that its real GDP will recover to pre-pandemic levels by 2022.” Last May, it predicted the contraction of Croatia’s economy at 9% for this year.

“We now forecast that Croatia’s economy will contract by 8% in 2020 as a result of measures to contain the spread of COVID-19 implemented in Croatia and internationally.”

“We continue to believe that several mitigating factors will prevent permanent damage to Croatia’s credit fundamentals, despite still-elevated pressure on the country’s most prominent economic sectors for the next few months.

“Croatia entered 2020 with much improved external and fiscal balance sheets following years of reducing macroeconomic imbalances. This has enabled the government to deploy a strong fiscal response that will dampen the pandemic-induced shock to the labor market,” says the credit agency.

“Furthermore, we think that monetary policy tools, the response of the Croatian National Bank (the central bank), ample foreign exchange reserves of almost 40% of GDP as of July 31, and the tourism-related inflows in recent months should alleviate potential external financing pressures.”

The agency thinks that net inflows from the EU budget, under various envelopes including Next Generation EU, will meaningfully contribute to Croatia’s economic recovery in 2021-2023.

“That, in tandem with the government’s efforts to sustain fiscal prudence, should help consolidate budgetary deficits and put Croatia’s public debt back on its pre-COVID-19 downward path from 2021.”

The agency projects “a general government deficit of 6.4% of GDP in 2020, which is slightly narrower than our previous projection.”

“This is based on the economy’s better-than-expected performance so far this year, supported by a resilient tourism sector and lower budget impact of certain government support measures. Fiscal consolidation in recent years has enabled the government’s strong fiscal response to the pandemic.”

According to the agency’s projections, Croatia’s general government deficit is to decline to about 3% of GDP in 2021 and even further in 2022-2023, “since we believe the government will aim to demonstrate its compliance with Maastricht criteria on its path to euro adoption.”

The agency expects that “the government will implement important parts of its program, such as the personal income tax reduction, next year and aim to limit expenditure growth.”

“We project general government debt net of liquid assets will surge to 78% of GDP in 2020 before decreasing to about 72% by 2023. The government is covering its 2020 financing needs through borrowing from domestic and external markets, and international financial institutions.”

The agency could lower the ratings on Croatia “if, contrary to our expectations, external financing pressures were to build or if public finances failed to recover over the coming two to three years, putting public debt on an upward trajectory.”

“We could raise the ratings over the next two to three years if Croatia’s economy, and thus its GDP per capita, expanded faster than we currently project.”

In the longer term, all else equal, the country’s adoption of the euro would also be beneficial for the ratings.