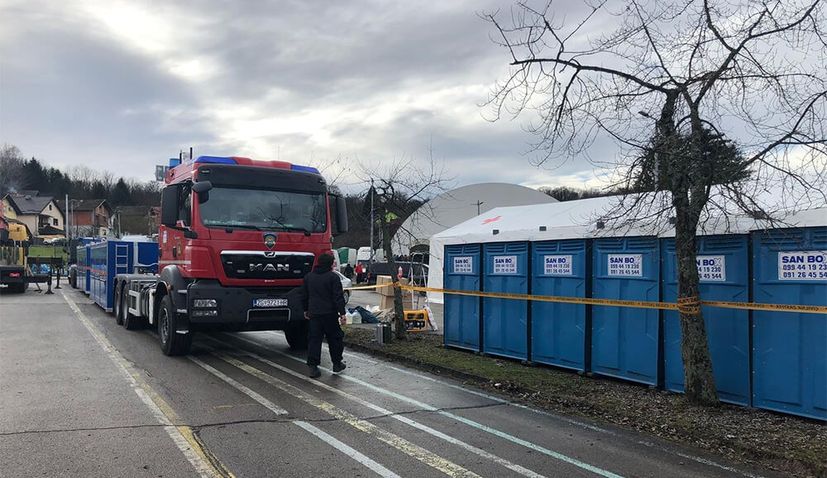 ZAGREB, 10 January (Hina) – In a humanitarian campaign organised by the Breznicki Hum Municipality with the help of a Slovenian volunteer firefighters association, PGD Paloma Sladki Vrh,  and Austrian OBR fire brigade, 24 trucks and vans on Saturday delivered aid for people in the quake-hit areas of Sisak, Petrinja and Glina.

The convoy entered Croatia on Saturday morning at the Dubrava Krizovljanska border crossing.

According to the press release, the convoy, accompanied by police, delivered large quantities of construction materials, construction tools, beams, planks and slats, generators and heaters, textiles, pillows, blankets, field beds, food, water and numerous other necessities for the many inhabitants of the quake-hit area.

Upon arrival at the storage terminal of a company called NIL-Z in Petrinja, they were welcomed by Petrinja Mayor Darinko Dumbovic, who thanked them for collecting and delivering valuable help.

The secretary of the Slovenian firefighters association, Valentina Oslovnik, its commander, Robert Oslovnik, and the commander of Austrian OBR fire brigade, Johannes Matzhold, expressed their satisfaction with participating in the campaign.

The head of Breznicki Hum Municipality, Zoran Hegedic, thanked the participants of the campaign and firefighter from Breznicki Hum, Slovenia and Austria.

Hegedic also thanked the Croatian customs for the excellent cooperation during the arrival of the convoy, Croatian police for accompanying them and all those who helped in any way.