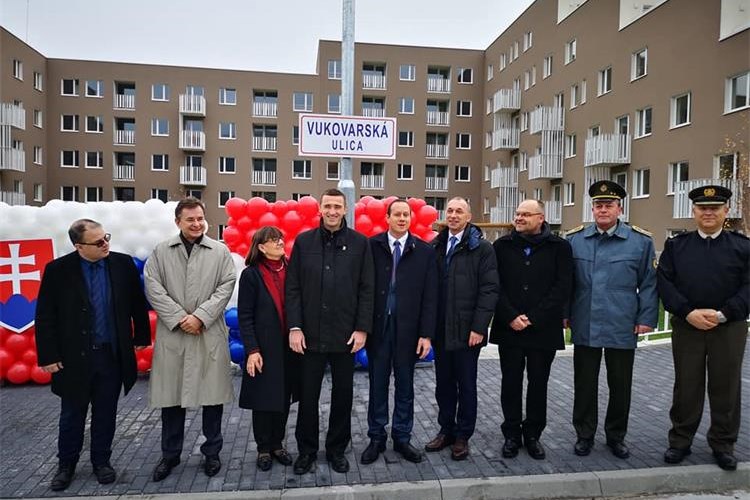 ZAGREB, 7 December 2019 – Bratislava has become the first city outside of Croatia to name a street after the eastern Croatian city of Vukovar, the State Office for Croats abroad reported

On Friday, 6 December, Vukovarska ulica (Vukovar street) in Bratislava was unveiled. The street is situated in the suburb of Devínska Nová Ves in the Slovakian capital.

The honour of unveiling the plaque went to Vukovar Mayor Ivan Penava and the Mayor of Devínska Nová Ves Darius Krajčir, the originator of the idea who also has Croatian roots. 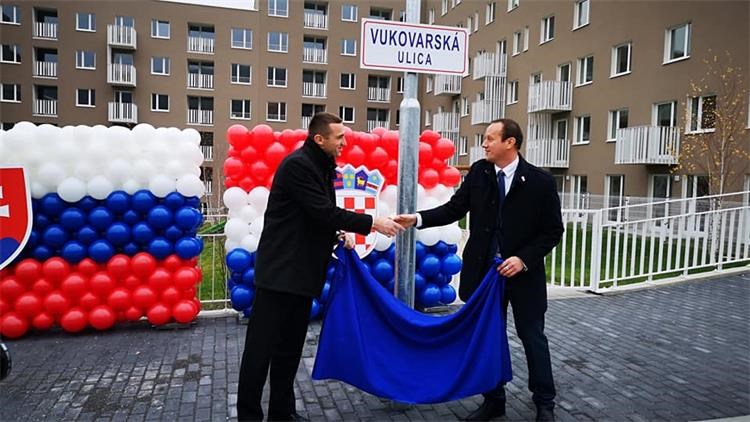 “This is a wonderful story, an act that brings the Croatian people closer. This is how we build our relationship with Slovakia and the Slovak people, and together we maintain the tradition and culture of the Croatian people,” said Mayor Penava, expressing his great appreciation and pride as the street in Slovakia bears the name of the heroic Croatian city.

“This is not just about the street, but about what’s behind it. This act today is about Croats who came here 500 years ago, who, despite so much time, have managed to preserve their language and culture, awareness of their nationality, Croatian roots, about the Homeland War, the symbolism and power of the city of Vukovar and its meaning for all Croatian people,” he said. 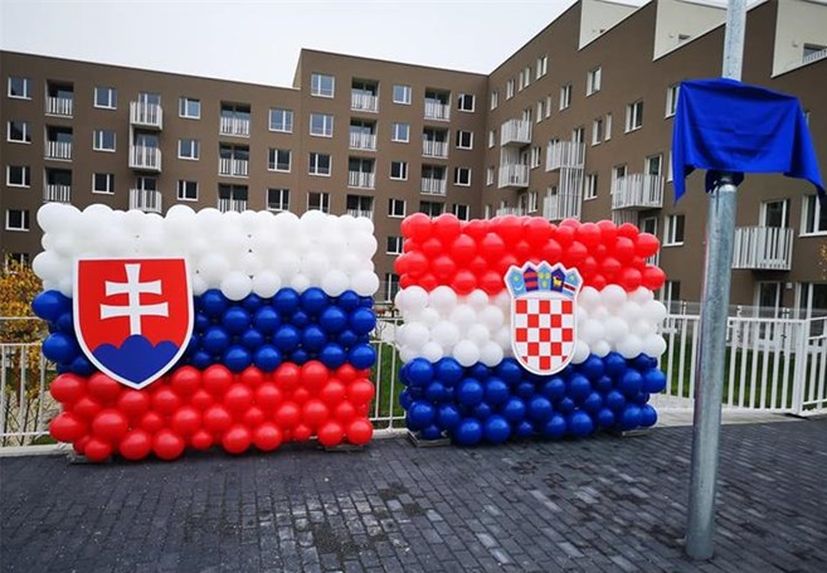 The Ambassador of the Republic of Croatia to Slovakia, Aleksandar Heina, did not hide his joy. “When a street in Croatia is called Vukovar, it is an act of recognition, but an act we expect. But when something like this happens outside the borders of Croatia, it is something special, something that needs to be recognised, because this proves the truth about the destruction of Vukovar and what happened during the Homeland War,” he concluded.

Devínska Nová Ves Mayor Darius Krajčir said. “The river Danube also connects Bratislava with Vukovar. Vukovar is a symbol of all Croats throughout the world, and this act is an expression of true respect and friendship for the heroic city,” he explained, adding that Devínska Nová Ves has always been a municipality with a big Croat population and connection.