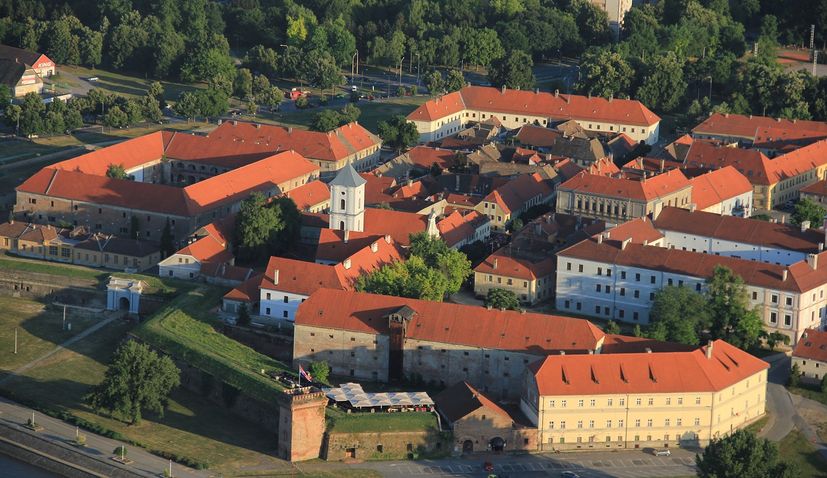 ZAGREB, Oct 5 (Hina) – Prime Minister Andrej Plenkovic said in Nasice on Monday that so far project contracts worth HRK 16.53 billion had been signed for the “Slavonia, Baranja and Srijem” project, which is 88% of the total allocation, and that HRK 6.6 billion had been paid.

He noted that 2020 had been one of the most challenging years for Croatia in the past 25 years due to the coronavirus pandemic and its impact on the national economy as well as other aspects of life.

“Despite that, we have managed to reduce the expected drop in GDP, thanks to the timely lifting of the lockdown we have managed to achieve close to 50% of last year’s tourism results, we have completed the presidency of the Council of the EU and we are now focusing on ensuring social security, economic sovereignty, notably in farming and the energy sector, and on making the country more recognisable globally,” said Plenkovic.

In that context, he pointed to 22 billion euros from the EU budget available to Croatia in the next seven years, noting that that was particularly important for Slavonia, for the country’s cohesion policy and for its farming and rural development policies.

Plenkovic said work was underway on revising the development strategy for the period until 2030 because it had been made before the pandemic and the now changed economic circumstances, and that it was being finalised.

The PM said that he would expand the development agreement for Slavonia, Baranja and Srijem to legalise changes for the already determined projects, and to establish which projects had not been granted funding so far.

He said the development agreement would include 38 strategic projects worth HRK 10.7 billion.

“We will continue with the project of integrated territorial investments for urban areas, Osijek and Slavonski Brod, and continue with the programme for the integrated, economic and social regeneration of small towns in formerly war-affected areas, in order to reduce differences in the level of development,” said Plenkovic.

At the end of today’s session of the Council contracts and decisions will be signed.

The Council for Slavonia, Baranja and Srijem was established in March 2017 as an advisory body for the coordination of the process of absorption of money from European structural and investment funds, EU instruments and programmes, the European Economic Area and national funds, under the Slavonia, Baranja and Srijem project, as part of which 2.5 billion euros has been secured from EU funds for projects in the five Slavonian counties.

Regional Development and EU Funds Minister Natasa Tramisak has said that the highest amount of funding has been paid in Osijek-Baranja and Vukovar-Srijem counties.

She said that as part of preparations for the EU 2021-2027 programming period, the Ministry of Regional Development and EU Funds had secured technical assistance from the World Bank for the development of a territorial strategy for the “Slavonia, Baranja and Srijem” project.

She recalled that in the development agreement for Slavonia, Baranja and Srijem, signed in 2018, 13 project contracts, worth HRK 681 million, had been signed in all five counties in Slavonia, and that by signing today’s second addendum to the agreement, the value of strategic projects would increase to more than HRK 11 billion.