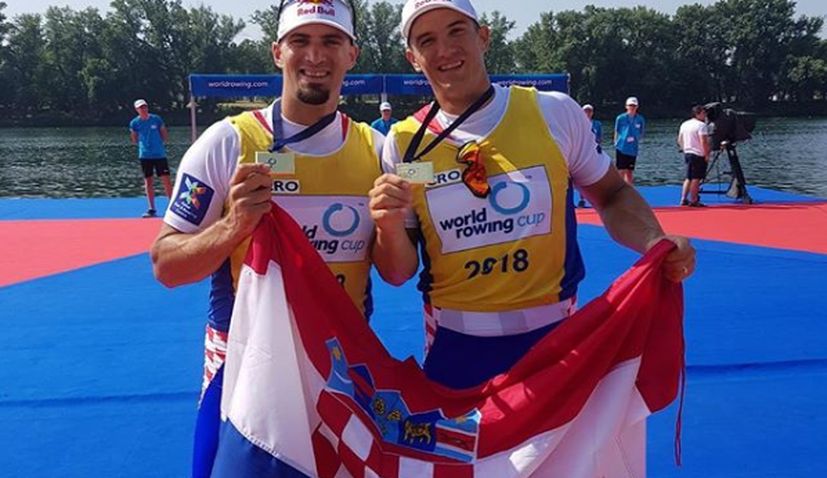 The World, European and Olympic double skulls champions can now add a gold medal in the pairs.

Croatian brothers Valent and Martin have won their first ever gold in the pairs event on Sunday morning by winning the Men’s Pairs final at the 20178 World Rowing Cup in Belgrade.

After dominating the double sculls discipline and remaining unbeaten for three years, the brothers did something which is rare in the sport of rowing and announced last year they would change classes to compete in the coxless pairs.

The brothers led after the 500m mark in today’s final and would not relinquish the lead, crossing the 2000m finish line in a time of 6:19:37 to claim their first world gold medal in the discipline.

The Czech pair took silver in a time of 6:20:99, whilst the Bulgarian duo won bronze with a time of 6:23:36. Last year the Sinkovic brothers claimed a silver medal in the first competition that they competed in their new event.