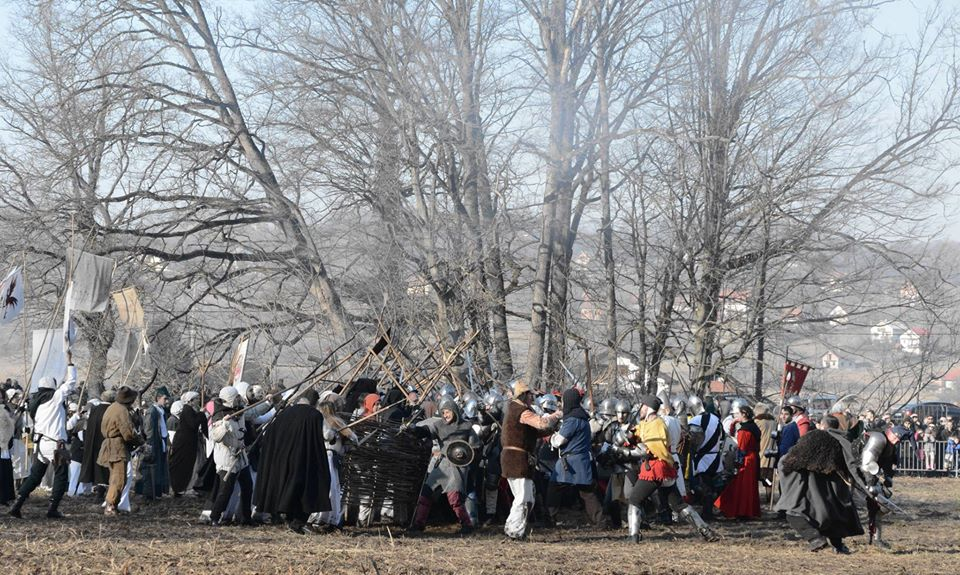 14 January 2019 – Thousands of people from all over Croatia are expected to converge on the town of Donja Stubica in February to witness the reenactment of the famous Croatian-Slovene Peasants’ Revolt – Battle at Stubica.

The Croatian–Slovene Peasant Revolt of 1573 was a large peasant revolt in the territory that nowadays belongs to Croatia and Slovenia.

The revolt, sparked by the cruel treatment of serfs by the baron Ferenc Tahy, ended after 12 days with the defeat of the rebels and bloody retribution by the nobility.

The rebels’ political programme was to replace the nobility with peasant officials answerable directly to the emperor and to abolish all feudal holdings and obligations of the Roman Catholic Church.

A peasant government was formed with Matija Gubec, Ivan Pasanac and Ivan Mogaic as members. Far-reaching plans were drawn up, including the abolition of provincial borders, the opening of highways for trade, and self-rule by the peasants.

The captain of the rebels, Ilija Gregoric, planned an extensive military operation to secure victory for the revolt.

On 5 February, imperial captain Turn defeated Ilija Gregoric and 2,000 men near the Lower Styrian town of Brezice. The next day, another rebel force was subjugated near Samobor. On 9 February, the decisive Battle of Stubicko polje was fought. Gubec and his 10,000 men resisted fiercely, but after a bloody four-hour battle the baronial army defeated and captured Gubec. The revolt failed.

Retribution was brutal: in addition to the 3,000 peasants who died in the battle, many captives were hanged or maimed. Matija Gubec was publicly tortured and executed on 15 February. The traditional celebration of the anniversary of the uprising is now in its 12th year, with the event winning an award in 2015 for the best historical reenactment.

Last year a record 20,000 people turned up and this year the event starts on 31 January with Night of Revolt at the Seljacka Buna Museum which includes the opening of an exhibition by Jan Vitovac.

On Saturday, 1 February at 11 am, the peasant leaders will gather in front of the home of Matija Gubec in Hizakovac, Donja Stubica and then head towards Gupec’s linden tree, the only living witness to the Great Peasant Revolt. There they are greeted by disgruntled peasants, and the arming of the peasants. Around 2 pm, the rebel peasants are expected to arrive at Gupec’s linden tree.

On Saturday, 8 February, the day-long reenactment will start at 11 am with a cultural programme, food and local specialties and arts. The revolt reenactment will commence at 2 pm. The day will culminate with the Buna after party featuring Picksiebner and Let 3. 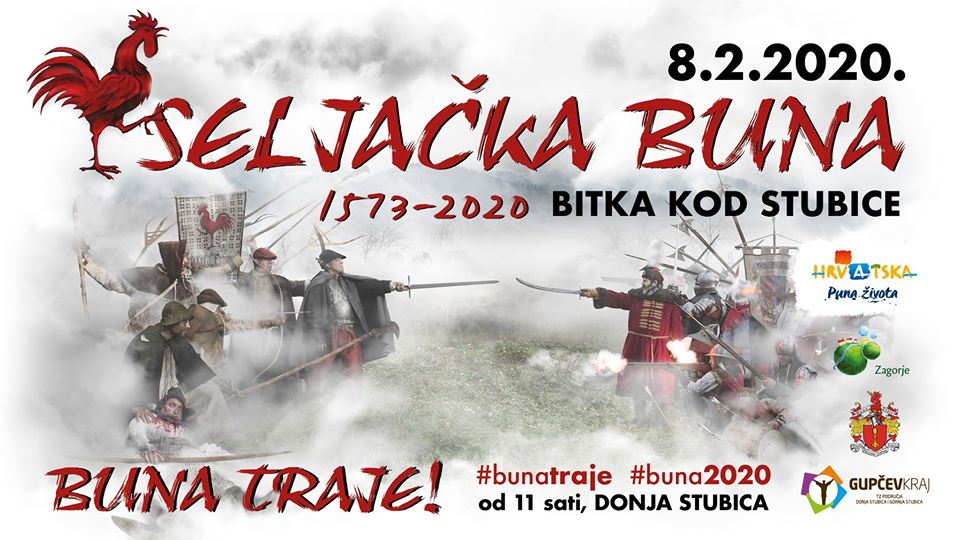