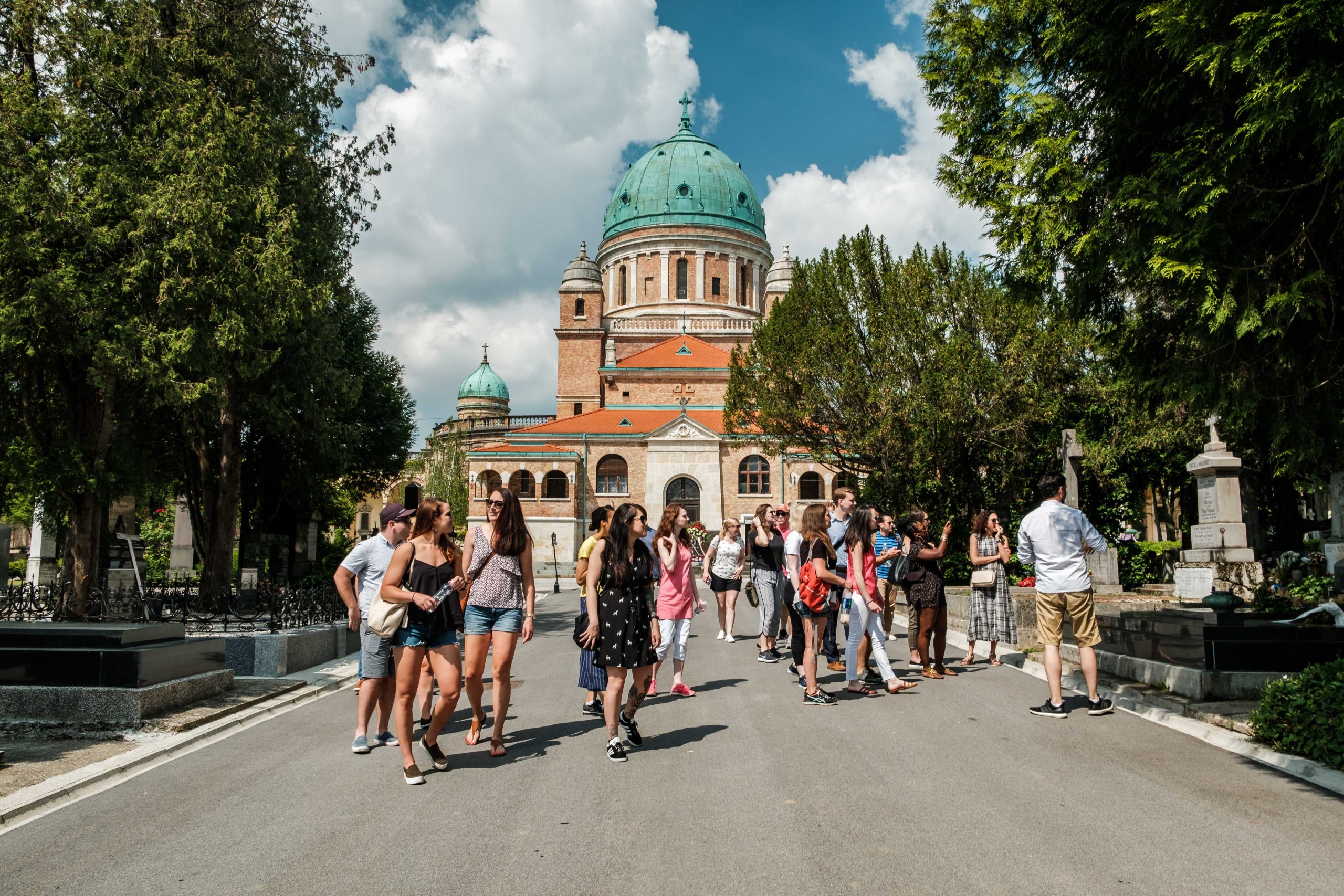 While mass emigration of Croatia’s residents in recent years brings into question the preservation of the Croatian identity, opportunities for Croatian diaspora to connect to their heritage through study programs can change this trend.

The Zagreb School of Economics and Management (ZSEM), an internationally (AACSB) accredited and top-ranked business school, has connected many of its students from the Croatian diaspora back to their roots. Not only has this choice been impactful for the students, but their experience and career success has made an impact on the greater community–most notably the small but far from insignificant Croatian community.

Ana Cutura (20), who lived in Kitchener, Canada, her whole life, remarks that the Croatian culture can only fully be experienced in Croatia itself. While a lot of the Croatians abroad want to keep the culture alive by forming Croatian clubs and communities, teachers, students and families would predominantly speak in English; thus, she would rarely ever get the chance to speak in Croatian other than at home with her parents. Even though her study program at the Zagreb School of Economics and Management is held fully in English, she speaks Croatian with her classmates outside of class every opportunity that she gets and is certain that her vocabulary is improving every day:

“If I wasn’t studying in Croatian I believe the Croatian language would slowly fade and it would be hard for me to pass it on to my kids. One thing I don’t want to imagine is my kids not knowing how to speak Croatian, especially since it’s my parents’ first language.” 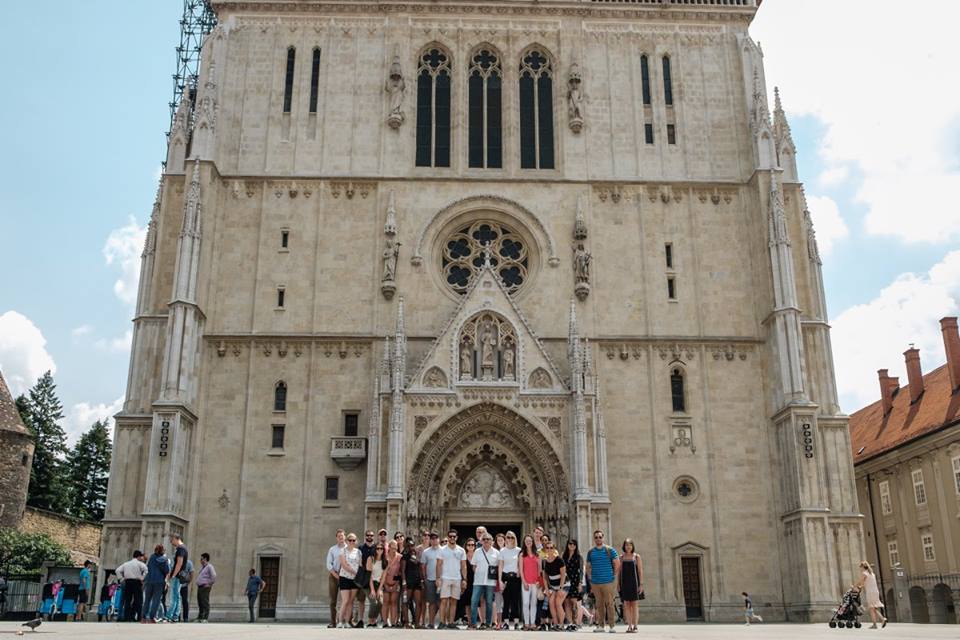 Her classmate, Lovre Kolega (19) reflects that the impact Croatian culture has on him as an immigrant from the diaspora isn’t only one-directional. Lovre feels as though through him, Croatians are also learning about themselves. Seeing him struggle with the language and trying to find his place in the country has helped others see what it means to be a citizen of the country, he says.

With the primary goal of increasing the number of ZSEM’s international degree-seeking students from the United States, the Zagreb School of Economics and Management launched the US-Croatia Ron Brown Scholarship scholarship competition in 2017.

As a result of the successful campaign that was launched during that competition, with the support of the Association of Croatian American Professionals (ACAP), ZSEM decided to launch another scholarship competition in 2018. This time, the competition offering a total of 30 undergraduate scholarships and 15 MBA scholarships was expanded to other countries as well, including Canada, Australia and New Zealand, again, with the intent to reach Croatian communities and prospective students in those countries.

Over the last sixteen years, the Zagreb School of Economics and Management has positioned itself on the foreign market as an international school that is attracting an increasing more and more returnees from abroad as well as international students with Croatian students. According to a study conducted in 2018, ZSEM’s undergraduate programs in English have over the last six years attracted an increasing number of Croatians who are active members of the Croatian diaspora, which is evidenced by graph 1 below.

Graph 1: Representation of Students of the Croatian Diaspora Enrolled in Undergraduate Programs in English 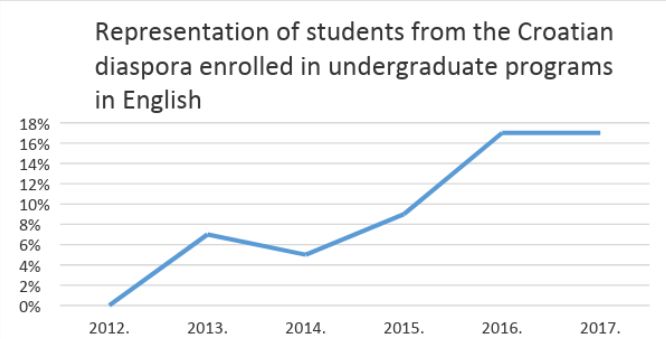 Source: Statistics on the ZSEM student population enrolled in the undergraduate programs taught in the English language

Currently, 17% of the student population in ZSEM’s undergraduate programs are students from the diaspora. Given the rising trend which is illustrated in the graph 1 and the increasing recognition of Croatia as a country which possesses knowledge, there is undoubtedly hope for the preservation of the Croatian identity of yet another generation of Croatians.